Everything To Expect From Teen Mom OG Season 7B

With the second half of season 7 of Teen Mom OG kicking off on October 1, 2018, the popular MTV series has now nearly been around for a decade, and is still finding ways to keep things interesting. Although Maci, Amber and Catelynn are all in their mid to late twenties now, fans feel invested in their lives and stories after watching them become teen parents and navigate life as young moms. Teen Mom OG season 7B may be without a few of its longtime stars, but with new additions, and a whole bunch of new drama, it still promises to be just as good as seasons past. Here is everything to expect from season 7B:

Mid-way through season 7A of Teen Mom OG, fans witnessed as Farrah exited the series following a tense conversation with the show’s producer Morgan Freeman. While it was well known that Farrah Abraham, who had been on the series since the very beginning, would not be returning to Teen Mom OG, it was months later that two more regular stars revealed they wouldn’t be on the show either. Ryan Edwards and his new wife Mackenzie had begun getting quite a bit of air time during each episode, but then in July, 2018 announced they had exited the show. “We’re not returning to Teen Mom this season. The network told us they don’t want to show Ryan as a recovering addict,” Standifer told E! News, claiming that MTV “did want to enter a contract with our unborn baby and have the baby film with Ryan’s parents so it would look like someone else is raising it.” While it was unclear whether they quit or were fired by MTV, they have stuck by their decision and have even slammed the show on social media since.

With Farrah leaving the series, producers took the opportunity to shake up the cast and add not one but two new stars to the cast. One of which is Cheyenne Floyd who has been on two other MTV reality shows: Are You The One? season three and The Challenge: Rivals III. Cheyenne is the mom of a young daughter named Ryder, and has already spent a lot of time defending her place on the show as many don’t understand why she was cast as she was never a teen mom. Regardless, Cheyenne’s story is definitely interesting as the cameras will also follow her relationship with Ryder’s father Cory Wharton, also from The Challenge, and her relationship with her boyfriend Zack. From the trailers it is clear the two men in her life cause Cheyenne A LOT of drama.

Along with Cheyenne Floyd, Bristol Palin was brought in as the fifth star of Teen Mom OG. The decision was made after Teen Mom 2 producers brought back Teen Mom 3‘s Briana DeJesus as a fifth mom on that series. Many already know or at least have heard of Bristol Palin, the daughter of politician Sarah Palin, who was perhaps the most famous teen mom in America when she became pregnant at only 17 with her son Tripp. A lot has changed in Bristol’s life since, and she is ready to share it all with Teen Mom OG fans!

9. What Happened With Ryan

Although Ryan and Mackenzie will no longer be on the show, it is clear from the first trailer for the new season that the series is still going to focus on what has happened with him in the past year. After admitting to a heroin problem, and that scary driving incident before his wedding to Mackenzie, Ryan went to rehab for 21 days, has been arrested since, and both Maci and Taylor filed restraining orders against him. Maci and Taylor’s side of the story through it all will be told, and Ryan’s parents Jen and Larry are still filming so there will be more to be said about Ryan and his recovery from them.

The last season of Teen Mom OG was particularly tough on Catelynn and Tyler Baltierra. After announcing they were expecting their second child the couple suffered a heartbreaking miscarriage which triggered Catelynn’s depression to increase. While Tyler managed to keep it together while Catelynn sought treatment it was clear that the pressure and the emotional stress were wearing on him as well. At the reunion, Tyler revealed he had been diagnosed with bipolar disorder, and soon after began sharing his personal transformation journey with fans on social media. The new season will see a behind the scenes look as Tyler begins to put more focus on his own self-care and his dramatic transformation as he began eating healthier and taking time for his own mental, physical and emotional health.

Of all the Teen Mom stars, Amber Portwood has had one of the most dramatic stories of them all, and fans couldn’t be happier to see her happier and healthier than ever. While she worked hard to make it seem like she was happy with Matt Baier, Amber eventually revealed she was heavily dependent on her medication again and behind closed doors the relationship had become toxic. Now, she is crediting her new boyfriend Andrew Glennon with helping her turn her life around yet again. The new season will focus heavily on the relatively new couple as they navigate building their relationship while being new parents to their son, James. Although it is never easy to have a child so early on in a relationship, it truly seems this is the most stable Amber has ever been.

With two new Teen Mom stars entering the picture, there also comes a whole bunch of other new faces to the show including their exes, their current partners, their kids and their extended family. With Bristol Palin and her now ex-husband Dakota Meyer, Teen Mom fans will see a whole new family dynamic as Dakota is ex-military and struggling with PTSD. Shedding light on the very important mental health issue that is PTSD is going to be key this season as Dakota and Bristol open up about how his time in the military not only affected him but their marriage and their ability to co-parent.

Although Gary has been around from the very beginning, he has only recently begun getting more and more screen-time. After last season focused more on Gary as he discovered the man he thought was his biological father actually was not, it is safe to assume that Gary and his wife Kristina will be a large part of this season as well. While Amber and Gary have worked hard to keep things amicable, there is always issues regarding their custody and visitation schedule, and as Amber and Andrew settle into their life with baby James, odds are Amber will want more time with her daughter Leah as well which always causes conflict with Gary. 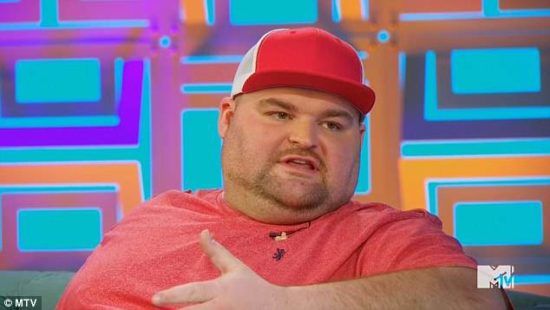 Before their other big news was revealed, there were months of rumors of marriage trouble between Catelynn and Tyler. Although the pair adamantly denied they were breaking up, the trailer for the new seasons also showed that they are opening up more than ever about their struggles in their relationship. “If someone asks me ‘Are you happy in your marriage?’ I would say absolutely not,” Tyler’s voiceover says in the trailer as he is seen crying at what looks to be a therapy session. One thing is for sure, this season is going to be especially emotional for Teen Mom‘s longest-standing couple.

Although Amber introduced Andrew into the show fairly soon after her breakup with Matt, he didn’t have a lot to say but now that he is a new dad and definitely here to stay it seems this season will feature a lot more of his story. During the season 7A reunion, Andrew briefly opened up about his past and admitted he also had dealt with a drug problem, but said he was not ashamed and believed it made him who he is today. Of course, in the reunion Andrew also surprised Amber by saying he was thinking about marriage with her, so there will definitely be a lot more Andrew in season 7B.

Although two new moms bring a whole lot of new stories and people to keep up with, a lot of it will look very familiar. When it comes to Cheyenne and Cory there seems to be a running theme of will they or won’t they hookup which causes constant tension in her current relationship. As for Bristol, since it is now known that she and Dakota Meyer have officially divorced, this season will show the dissolution of their relationship which Teen Mom OG fans have witnessed time and time again over the years with multiple Teen Mom couples.

Last season on Teen Mom OG was one of the most heartbreaking when Catelynn suffered a miscarriage, but this season is going to be different. On September 13, 2018, Catelynn and Tyler revealed they were expecting their third child and added it was a huge surprise, so this season will feature the couple not only continuing to deal with the loss but then find out about this pregnancy. There are certainly going to be a lot of emotions brought up as the couple find out the news and share it with their daughter Nova.