Actors and actresses go through quite a process before deciding on what acting roles to take. When big stars attach their name to a project, it instantly drives anticipation, excitement and a much higher level of expectations. For one reason or another, some films have turned into disappointments for the stars who then refuse to promote the movie, or worse, publicly slam it. For some of these stars it easy to understand why the stars turned their backs on it because of a poor script or it bombed at the box office, for others it was personal. From known divas to the nicest in Hollywood, many have not held back their true feelings about some of their projects, resulting in a lot of public bashing.

After the hate and numerous Razzie awards, most would think that the one film Mark Wahlberg has shown disdain for would be Transformers: Age of Extinction, but that isn’t the case. At a press conference for his film The Fighter in 2010, two years after the box office flop The Happening came out, Wahlberg discussed working with his Fighter co-star Amy Adams, who had been in talks to star in the disaster film as well, and ended up slamming his older film. “[We were] having lunch before to talk about another move and it was a bad movie that I did. She dodged the bullet. And then I was still able to… I don’t want to tell you what movie…alright ‘The Happening.’ F–k it. It is what it is. F–king trees, man. The plants. F–k it. You can’t blame me for not wanting to try to play a science teacher. At least I wasn’t playing a cop or a crook.”

It is no secret that there was a lot of drama between Megan Fox and Transformers director Michael Bay, so it isn’t surprising that she has been negative not only about the film, but about Bay as well. Since Fox thinks of herself as one of the greatest acting talents in Hollywood, she disliked the fact the movie was not “about acting.” Fox told Entertainment Weekly, “I mean, I can sh-t on this movie because it did give me a career and open all these doors for me. But I don’t want to blow smoke up people’s a–. People are well aware that this is not a movie about acting.” Then of course she uttered the now infamous lines that got her booted from the franchise: “The franchise has too much SFX and not enough acting opportunities […] Michael Bay wants to be like Hitler on his sets…”

The anticipation behind Catwoman was huge, not only was it a standalone female superhero film, it was lead by one of the highest regarded actresses in the industry, Halle Berry. Unfortunately the film was a bust, hated by critics and fans alike, which resulted in Berry being awarded the Razzie award in 2004 for Worst Actress. Berry did not hold back during her acceptance speech, stating, “I want to thank Warner Bros. for casting me in this piece-of-sh-t, god-awful movie. It was just what my career needed — I was at the top, now I’m at the bottom.” She even dragged her co-stars down with her, adding, “I’d like to thank the rest of the cast. To give a really bad performance like mine, you need to have really bad actors.”

Another superhero film gone awry was 1997’s Batman & Robin. For nearly twenty years since, the star George Clooney has constantly apologized for the film which has come under endless scrutiny for its script and its cheesiness. When explaining his excitement over taking the role and being Batman, Clooney said, “I just thought the last one had been successful so I thought I was just going to be in a big successful franchise movie. I think we might have killed the franchise.” Killed the franchise it did, as no one took a chance on the hero until eight years later with Batman Begins.

Sylvester Stallone has 72 acting credits to his name and is one of Hollywood’s most notable icons and will always be known for his massive successes. In between his huge blockbusters, however, have been some less praised films, and Stallone is the first to admit that; however, 1992’s Stop! Or My Mom Will Shoot is one of his least favorites. “I made some truly awful movies. Stop! Or My Mom Will Shoot was the worst. If you ever want someone to confess to murder, just make him or her sit through that film. They will confess after 15 minutes.”

In June 2013, just when promotion was supposed to begin for Kick-Ass 2, one of the stars, Jim Carrey, publicly announced he would not be promoting his own film because of the violent shooting at Sandy Hook Elementary school six months prior. Carrey ended up tweeting, “I did Kickass a month b4 Sandy Hook and now in all good conscience I cannot support that level of violence. My apologies to others involve dwith the film. I am not ashamed of it but recent events have caused a change in my heart.”

After the massive success of Horrible Bosses in 2011, it made sense the studio wanted to keep cashing in, and made a sequel, something one of the stars, Jason Bateman, was not impressed with. “The first one was funny. The first one put up some money. The second one was garbage as far as box office goes. Who knows if it was on the merits or when they released it, but it did not do any money.” He added, “Don’t go out and buy a bunch of tickets for the first one unless you want a second one, because we don’t have any discipline in this town.”

John Cusack was on a roll in the ’80s; however, he hit a bit of a bust with the 1985 film, Better Off Dead, and he has no problem stating how much he dislikes it. During the first premiere screening of the film, Cusack thought it was so bad that he got up and walked out. Afterwards, the director Steve Holland asked Cusack what he didn’t like about it, to which he stated it was the worst thing he’d ever seen and he hated it so much he would never trust Holland as a director again.

At this point, Shia LaBeouf never seems to like his own films, having trashed Wall Street: Money Never Sleeps, Transformers: Revenge of the Fallen and Indiana Jones and the Kingdom of the Crystal Skull. Of Indiana Jones he stated, “I feel like I dropped the ball on the legacy that people loved and cherished… I think the audience is pretty intelligent. I think they know when you’ve made a bad movie […] He (Harrison Ford) wasn’t happy with it either.” Of the Transformers sequel he said, “When I saw the second movie, I wasn’t impressed with what we did. There were some really wild stunts in it, but the heart was gone…we got lost. We tried to get it bigger.”

Katherine Heigl might just have one of the worst reputations for actresses that are difficult to work with so it isn’t surprising that after bashing the writer’s of Grey’s Anatomy she had no problem slamming the movie that got her noticed as a film actress. Heigl starred in the hilarious Judd Apatow film Knocked Up! and, while fans loved it, it didn’t take long for Heigl to start speaking out against it, stating, “It’s a little sexist. It paints women as shrews, as humorless and uptight, and it paints the men as lovable, goofy, fun-loving guys. It exaggerated the characters, and I had a hard time with it on some, days. […] Ninety-eight percent of the time it was an amazing experience, but it was hard for me to love this movie.”

Channing Tatum is one of Hollywood’s most easy-going guys; however, six years after one of his breakout roles, Tatum had some not so nice things to say about the film. In an interview with Howard Stern during his promotion of Magic Mike XXL, Tatum was asked about 2009’s G.I. Joe: Rise of the Cobra which he starred in as Duke, and he pulled no punches on his feelings about it. “Look, I’ll be honest. I f–king hate that movie. I hate that movie! I was pushed into doing that movie.” He went on to explain that after Coach Carter he was signed to a three movie deal, which for a young actor sounded great at the time, but he didn’t realize what he was getting into. “The script wasn’t any good. I didn’t want to do something that I thought was 1.) bad, and 2.) I just didn’t know if I wanted to be G.I. Joe.” 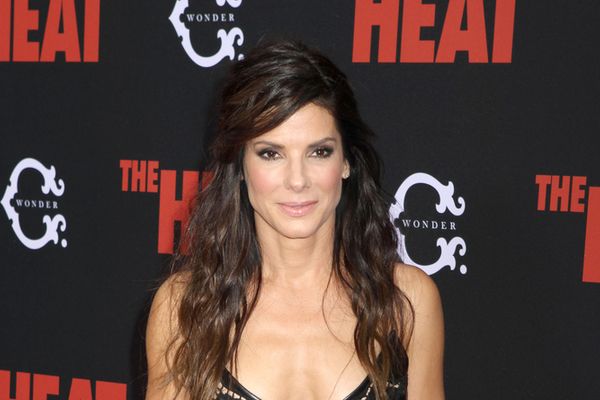 11 Good Actors/Actresses Who Have Made Really Bad Movies!