11 Celebrities Who Took Dieting Too Far

Celebrities have so much pressure on them to maintain that perfect image. They’re constantly criticised by the media for showing an ounce of construable fat, so it’s no wonder that sometimes the dieting goes too far and celebs develop unhealthy bodies. This list takes a look at some of Hollywood’s favorites that may have pushed their diets to the extreme.

LeAnne Rimes’ weight has fluctuated over the years and has been a hot topic for fans. People close to the country songstress have reported that she takes too many supplements and Rimes’ had no problem telling US Weekly that she takes 40 pills a day as part of her beauty regimen. Back in 2011 while on her Mexican honeymoon with hubby Eddie Cibrian, Rimes sported an almost emaciated body on the beach. The startling pictures were published by various media sources and Rimes took to Twitter to respond. She tweeted a pic of herself and the statement, “this is my body and I can promise you I’m a healthy girl. I’m just lean. Thx for your concern but no need to be.” 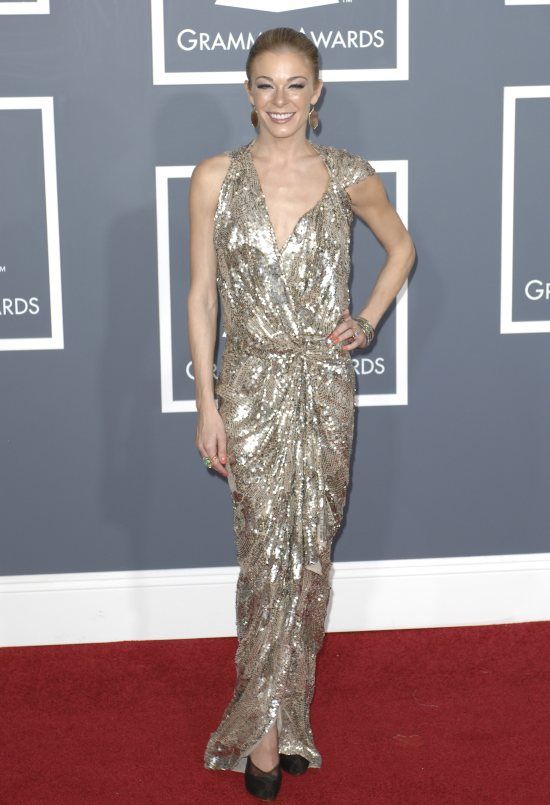 Julie Bowen is the Modern Family star who adheres to a strict workout schedule. She gets up and runs every morning at 5 AM. Alicia Hunter, a wellness expert, commented that Bowen’s weight is approximately 108 lbs. “Her chest looks very bony and her arms too sinewy. There is such a thing as running yourself into the ground.” It’s no wonder that Bowen struggles with issues of weight and fitness though. On her first acting gig on ABC’s daytime series Loving, Bowen recalled to More that a co-star would comment between scenes, ‘Can you believe how fat you are?’ Yikes! 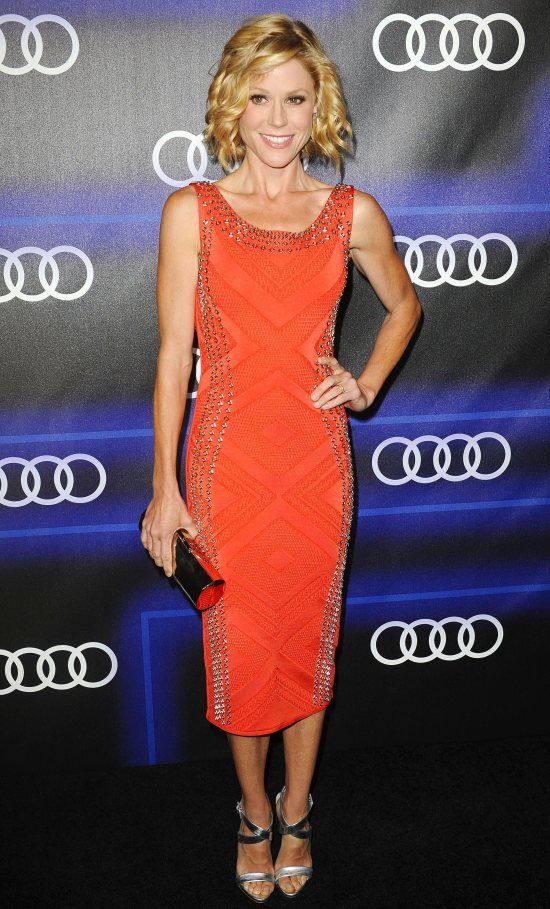 Megan Fox has taken a lot of heat of losing too much weight and the starlet blamed her drastic weight loss on her adoption of a strict vegan diet. “For a year and a half, until about four months ago, I followed a strict vegan diet based on raw fruits and vegetables, no bread, sugar and coffee,” Megan told Amica magazine. “But I had lost too much weight.” The brunette bombshell threw out the diet back in 2011 and started training with Harley Pasternak. But the vegan diet isn’t the only diet Fox has been associated with. She’s also been criticised for promoting an unhealthy vinegar detox diet, and most recently, for attributing her baby-weight loss to a paleo diet. Her trainer has stated that he fears Fox will become too thin because she has a fast metabolism, “so her training is all about body toning and sculpting… People thought ‘Oh she must be anorexic’ but she’s far from that!” 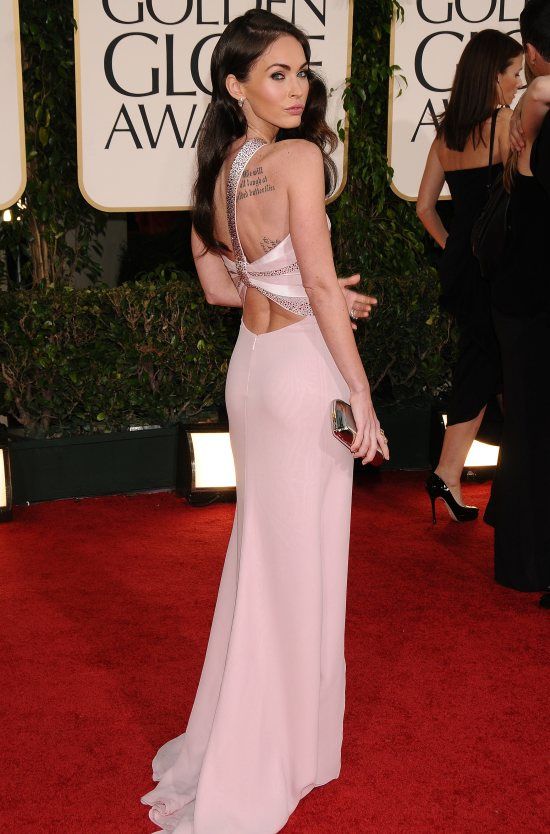 After the tragic death of her boyfriend and co-star, Corey Monteith, Lea Michele appeared at several red carpet events sporting a new, extremely thin physique that many fans felt reflected her grief. The strong singer and leading lady, responded however, by stating to OK! magazine that she’s a vegan. “It makes me feel really good and bright.” 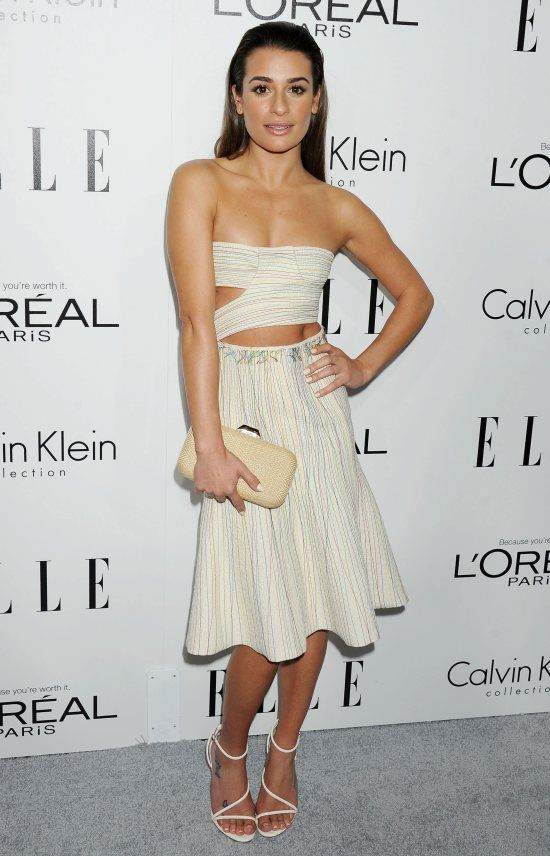 Over the years, the 90210 star has taken many allegations of anorexia, and she herself has admitted to following a “keep your f***ing mouth shut and eat air diet.” In 2013, Tori’s mom released a tell-all book titled Candy at Last, in which she confesses to having body dysmorphic disorder herself. Tori’s denials have persisted but, as her marital problems with Dean McDermott came to light, Tori’s weight plummeted to a speculated 92 lbs. She was hospitalized for a “migraine” but some fans believe that it was more than that. Hopefully with her resolve to stay with Dean in spite of his infidelities, and the couple’s lifestyle changes due to their money troubles, Tori will be able to regain control over her life and live healthily. 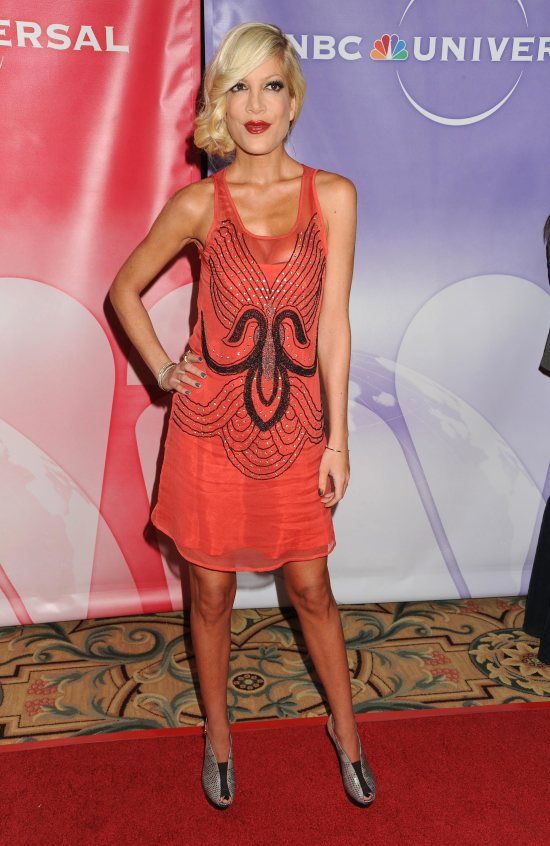 Angelina Jolie is a Hollywood A-lister who is married to one of the most handsome men on the planet, but life still takes its toll on the seemingly perfect lives of the beautiful. Jolie was scrutinized by the media and fans for her emaciated appearance and weight-loss speculation flew. Jolie told Grazia magazine that the change in her appearance wasn’t due to anorexia, but was because of the passing of her mother, Marcheline Bertrand. “I have always been lean and this year I lost my mother and I’ve gone through a lot,” Jolie confided. “I want people to understand who I am as a person is not somebody that’s trying to look thin, but just trying to work through a very difficult year.” 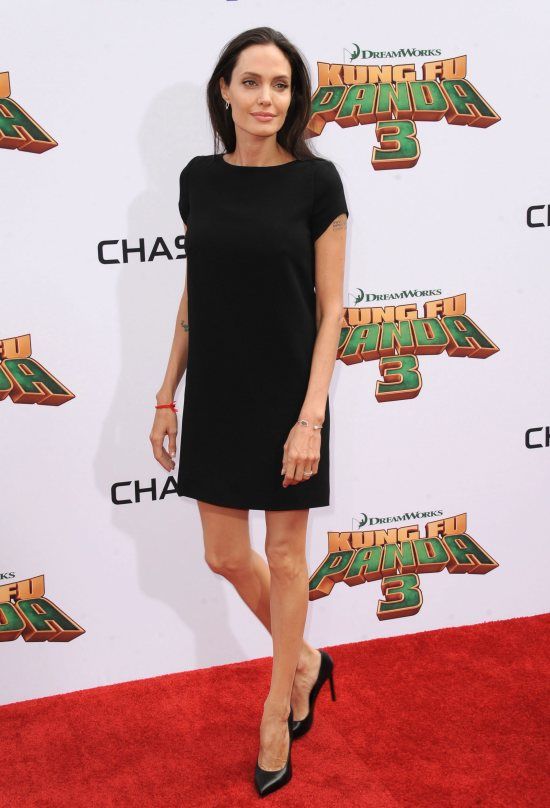 Sarah Jessica Parker has received some looks in recent years for her extremely sinewy and emaciated arms which have generated much concern over the actress’s extreme dieting and eating habits. Back in 2008 Parker told People magazine, “I eat everything. I’m just an eater. If it’s free, I honestly eat everything.” But we’re not so sure this remained the case for the mother of three. In 2010 friends of the star claimed that Sarah Jessica had become ‘obsessed’ with dieting and going to the gym. In an issue of Closer magazine, a friend of the celeb stated: ‘She’s always been health conscious, but this is a whole new level. She’s worried she’s looking old and feels she needs to up her workout regime to stay healthy, but it’s as though she’s become obsessed.’ In 2016 we can catch Parker in the new comedy television series Divorce. She is looking much healthier, but only time will tell if the pressures of ageing in Hollywood will remain at bay. 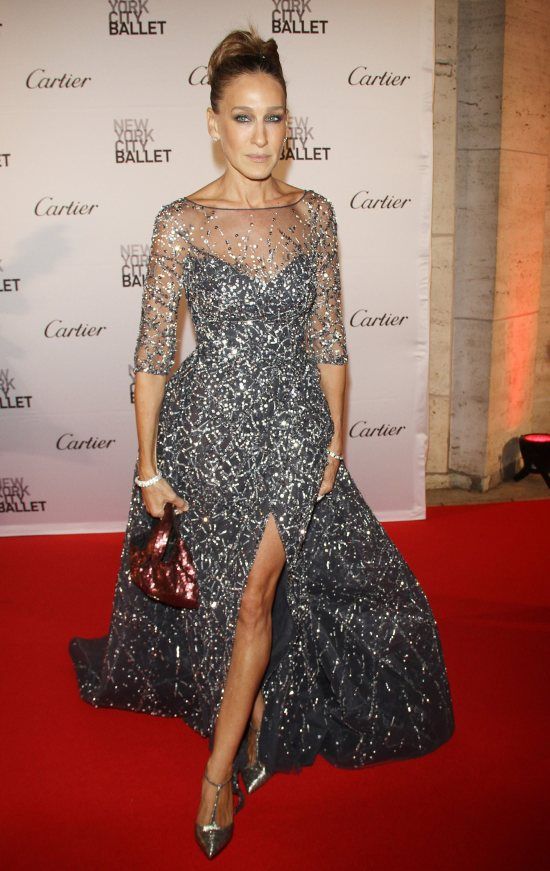 Kate Bosworth has been plagued by anorexia rumors for years, especially back when she split from her boyfriend Orlando Bloom. The starlet has even confessed she’d been “concerned for her health” and stated that she sought out the help of a nutritionist. But in spite of her attempts to develop a healthy body back in 2006, the anorexia rumors have persisted. Kate insists that she eats healthy portion sizes that she sticks to a regular workout routine a minimum of 4 times a week. This year we can catch her in Before I Wake and the mini-series SS-GB. 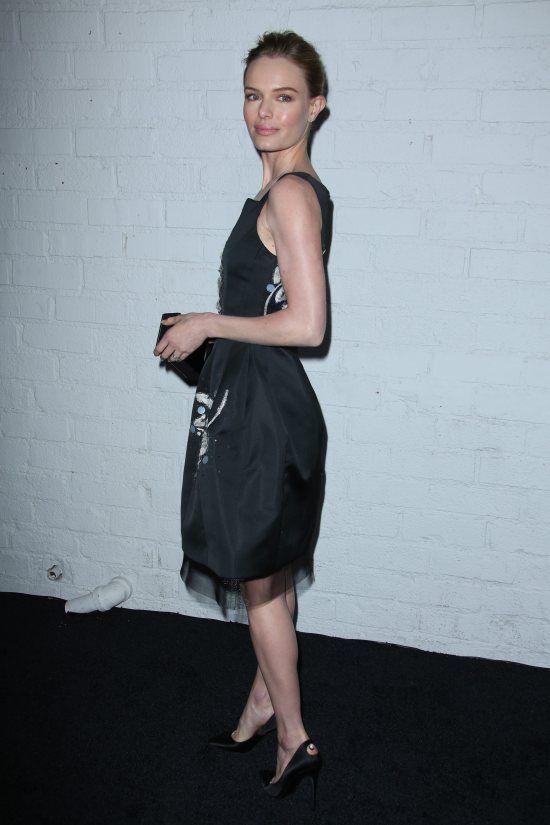 As the niece of Julia Roberts, Emma Roberts sure has a lot to live up to, and the pressures of Hollywood seemed to have taken their toll on this American Horror Story actress. A wellness expert for OK! magazine stated, “She looks to be edging into a ‘too thin to win’ category and barely tips the scales at a scary 86 pounds.” It’s said that the actress is addicted to juicing. Star magazine reported an eye witness account: “Emma had at least 50 bottles of a popular cleanse in her cart. She cleared out the entire section…and she looked insanely skinny.” While juicing can be healthy, Emma seems to be taking it to the extreme and may be losing the nutritional benefits of the diet by buying so many bottles in advance. 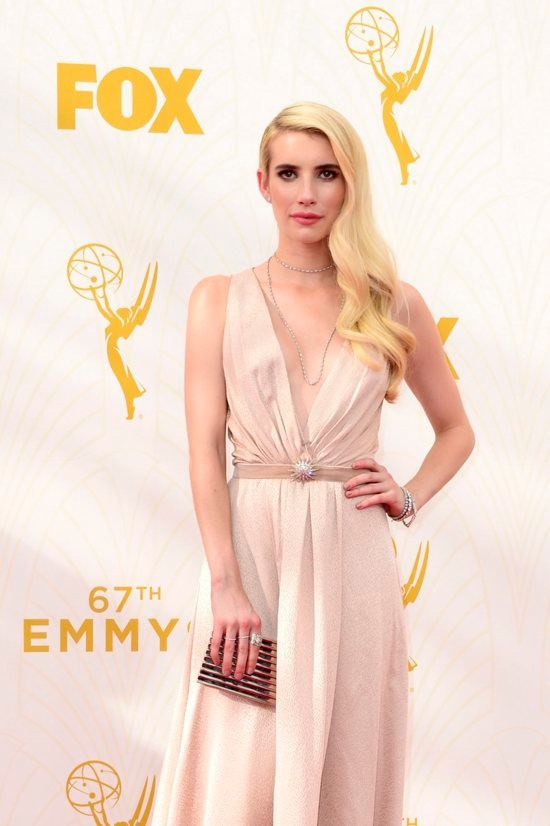 Nicole Richie has taken a lot of mean-media over her struggles with her weight. She has openly stated, “I know I’m too thin right now. I wouldn’t want any young girl looking at me and saying, ‘That’s what I want to look like.’” Richie has sought medical treatment for her inability to gain weight and refuted the media’s accusation that she is anorexic. “I felt it was a little unfair to say someone has an eating disorder when they don’t. It’s extremely insulting and irresponsible,” she said. Adding, “An eating disorder is serious and it’s a disease. I don’t think you can lightly say someone has a disease unless they are openly telling you that they do.” 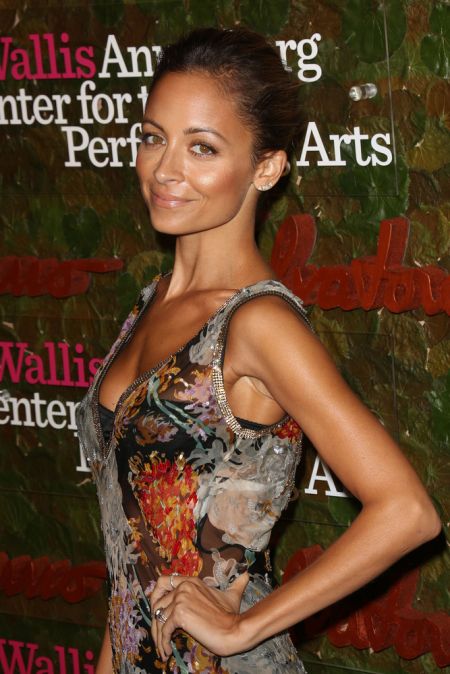 Bethenny Frankel is the new housewife behind the SkinnyGirl brand of alcoholic beverages. After posing in a bikini for a 2010 issue of Life & Style, Frankel shared her recipe for dropping those extra pounds, “Taste everything, eat nothing.” But this method resulted in much criticism of Frankel’s sinewy arms and emaciated appearance months later. By December that year, Frankel tweeted, “Eating enchiladas at ‘on the border’ mex grill at 10am.need to gain weight. I look like magda from ‘something about mary.'” At least the star was able to recognize she was going down the wrong path. Bethenny has released a line of workout videos that have earned her a hefty sum and made her one of the richest reality celebrities out there. 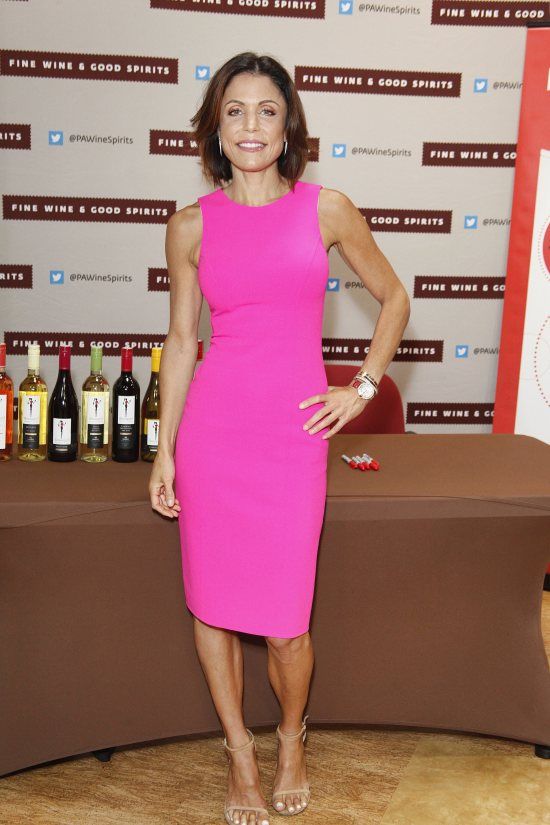 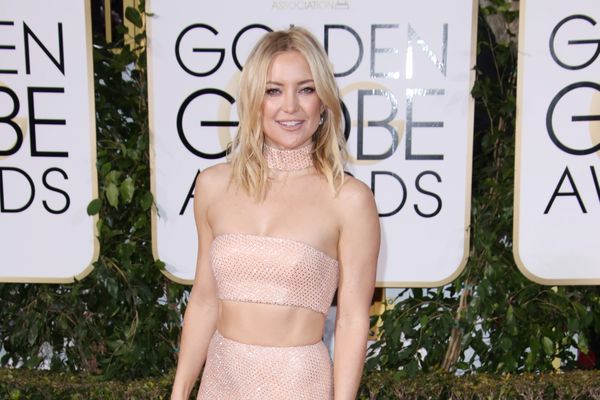