Instagram is like a picture book of your favorite people, celebrities included. Some make your news feed for their style, personal life, career updates, product recommendations, and some just are plain funny. Social media is an extension of one’s celebrity status, and while some take this incredibly seriously, others not so much. So which ones should you be following for a daily laugh or two?

Jim Gaffigan is a comedian. So it may be obvious that he would be insta-funny; however, it’s almost a sideshow to his stand up comedy act, which puts images and reality to the stories he tells on the stage (like life with his 5 crazy kids). Jim is also a food-lover, and many of his posts pay homage to that. He is, without a doubt, one of the funniest people to follow on Instagram.

While Anna rose to fame with the Twilight Saga, she rose to comedy fame after the lead role in Pitch Perfect. Since then she’s devoted her social media to her glamorous life mixed with a whole lotta keeping-it-real. It’s the best of both worlds!

I get the same feeling at the dentist that I get when I cop car is behind me; I don’t think I’ve done anything wrong, but I feel incredibly guilty. A photo posted by Anna Kendrick (@annakendrick47) on Sep 30, 2014 at 1:19pm PDT

Lena Durham, star of the show Girls and author of the bestselling book Not That Kind of Girl: A Young Woman Tells You What She’s Learned, is funny, overly confident, with a strong feminist vibe. She definitely gets a little political at times, but it’s not in an offensive way and it’s enough to keep you still laughing and double-tapping her posts. Plus with all those friends in high places, she subjects them to her antics and self-deprecating humor as well.

If you’re a former fan of the show Scrubs, then you’ll be oh-so-pleased to scroll Zach Braff’s Instagram because “J.D.” and “Turk” are still at it — in real life! Zach and former co-star Donald Faison often posting together, or posting to each other, reviving all those Scrub-tastic memories in us. Zach also posts about other funny things in his life, but nothing beats the bromance him and Donald share, and post.

Kat Dennings, best known for her character “Max” on Two Broke Girls,  is now making a name for herself beyond her hit sitcom. Her hilarious social media presence has created an Instagram following of over 2 million. She also shares some cute snaps of her and boyfriend Josh Groban. Did you know they were a couple?!

Jenny Mollen may not be a household name, but she is an actress and author of the New York Times Bestseller I Like You Just The Way I Am: Stories About Me And Some Other People, and the upcoming Live Fast Die Hot. Jenny was only really writing hilarious tweets (twitter  @jennyandteegs) and then Jenny’s first real writing gig was a short story she sold to Playboy about the time her and her husband hired a prostitute. The column was so popular, she became a regular columnist on Playboy. Oh, and her husband? Is American Pie star, Jason Biggs. Jenny is wildly hilarious, and quite risque at times, even getting booted OFF Instagram for a photo of her finger that suggestively looked like a part of the male anatomy (you can probably guess which one). She’s back on now and making waves…of laughter…with a dash of controversy.

5. Will Ferrell’s Funny or Die

This isn’t one of those fake Will Ferrell accounts that seems to be floating on every social media outlet there is; Funny or Die is in fact Will Ferrell’s brain child that went from online video fame into well-posted hilarity on social media. While it’s not entirely Will Ferrell himself, it’s his business, and it’s making this list because of it.

There are things about the celebrity life that we never really think about, like people trying to respect your privacy, while also sneaking a photo of you. Cole Sprouse, famous one half of the Sprouse twins (with brother Dylan, stars of The Suite Life Of Zack And Cody, Big Daddy and Friends) has taken this odd celebrity happening, and made it hilarious. Cole started an Instagram called “Camera Duels” which in the profile says, “This instagram is dedicated to the people out there who secretly take photos of me, and how I take photos of them first. May the fastest camera win.” The account only has less than 50 posts so far, but over half a million followers. This one is one to watch.

Stand-up comedian and star of his own Netflix show Masters of None, Aziz Ansari is no stranger to comedy and how well that plays out in social media. Aziz has a strange love for pasta, and food in general and he’s a regular comedic food grammar.

The Instagram extension of The Ellen Show is one perfect feed for any Ellen fans. She shares personal photos, talk show snippets and behind-the-scenes, and some wise-cracking memes along the way. The Instagram reflects her show motto of “have a little fun today.” Good clean humor, if that’s what you’re into. Get following and double-tapping.

YouTube sensation Jenna Marbles continues to rule the world with her wild hair, adorable pets, and funny take and advice on life. Jenna made a career out of a viral vlog video she posted in 2010 titled, “How To Trick People Into Thinking You’re Good Looking.” Today, Jenna has 16 million YouTube subscribers and nearly 4 million Instagram followers. She’s sensational in her own right and has reached celebrity status by social media alone. 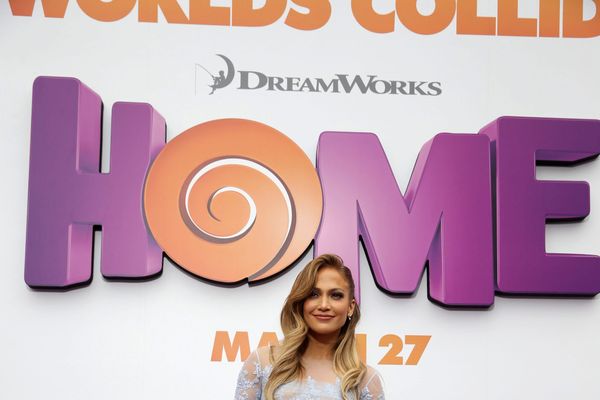