Some men in Hollywood can’t seem to help it – they prefer to date women who are young enough to be their daughters. Maybe age is just a number, but we just can’t help but wonder, what do these men talk about with their much younger girlfriends? Here is a list of 11 celebrity men who like young women!

Leonardo DiCaprio will be turning 40 this year and, even though he has continued to get older, his girlfriends seem to stay the same age – in their early 20s! The Oscar-nominated actor definitely has a type – beautiful, young, slim, leggy and blonde – and many of them have been Victoria Secret models. DiCaprio’s current girlfriend is 21-year-old Victoria Secret Model Toni Garrn.

Russell Simmons – founder of Def Jam Recordings – likes his ladies young. When he first began dating his ex-wife Kimora Lee back in 1992 she was only 17-years old while he was 35! His current girlfriend model Hana Nitsche is 27-years-old. She may not be a teenager, but she still is significant younger than Simmons!

Al Pacino is currently dating a woman who is 40 years his junior, a 33-year-old Argentinian actress by the name of Lucila Sola. The two met on the set of “Wilde Salome,” a movie that he directed and she starred in. His eldest daughter Julie is 25-years-old, which makes her pretty close in age with Sola.

P.Diddy is a notorious womanizer and, as he gets older, his girlfriends seem to get getting younger and younger. His current squeeze R&B artist Cassie Ventura is 27-years-old. Rumor has it that these two have been dating since 2007, which would mean that she was only 21-years-old when they first began dating.

Eddie Murphy’s current girlfriend Paige Butcher is 18 years his junior. The “Shrek” actor has been dating the 34-year-old model since 2012 and the relationship appears to be going strong. Considering how Murphy treated Mel B., better known as Scary Spice, Butcher is pretty brave to be getting serious with him!

Derek Jeter was involved with many of Hollywood’s hottest ladies at their peak – Minka Kelly, Jessica Alba, Jessica Biel and Vanessa Minnillo. Unfortunately, while these other ladies have moved on and gotten older, the baseball star still prefers his girlfriends young. He is currently dating – or working on getting back together with – 23-year old model named Hannah Davis.

When it comes to the ladies he dates, George Clooney definitely has a type. He prefers women in their early 30s or late 20s who aren’t particularly famous and who are not interested in long-term commitment or children. The “Gravity” actor typically switches his girlfriends up every one to two years, so for each award season there is usually a new lady on Clooney’s arm.

Bruce Willis and George Clooney have something in common when it comes to women – they both prefer them beautiful, young and not too famous. After divorcing Demi Moore, the “12 Monkeys” was engaged to Brooke Burns who is 23 years his junior; however, that didn’t work out. He is currently married to model Emma Heming who is also 23 years his junior.

Joaquin’s current girlfriend Allie Teilz, a DJ on the Hollywood and New York scenes, is only 20 years old, which makes her about two decades younger than the Oscar-nominated actor. His ex-girlfriend Heather Christie was 11 years his junior – which would make her 28-years-old – and bears a striking resemblance to his current girlfriend.

Johnny Depp was with Vanessa Paradise, who is nine years his junior, for about 14 years; however, he shocked the world by ending things with her and picking up with Amber Heard, a 27-year-old up and coming actress. To further confuse matters, he proposed to Heard, something he never did for Paradis, who is the mother of his two children.

Bradley Cooper once said that he could not date Jennifer Lawrence – who is 16 years younger than him – because he was old enough to be her father. A few months later, however, be began dating Suki Waterhouse who is 17 years his junior. Cooper used to say that he preferred women his own age, but his relationship with the 22-year-old model seem to contradict that. 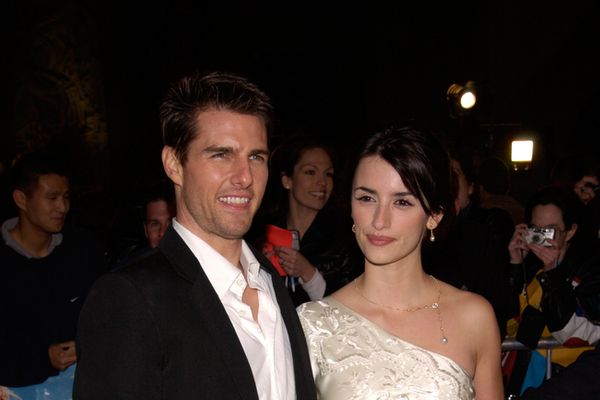 8 Celebrities Who Left Their Wives For Younger Women