Reality shows are full of drama and let’s face it, that’s what keeps us watching. But there are some reality celebs who have completely lost their minds while the cameras have been rolling and this list takes a look at some of the most epic reality TV show freak outs!

Tyra Banks is one of the most successful models of all time and this may have gone to her head. Who could forget her season 4 freak out on America’s Next Top Model contestant, Tiffany Richardson? When Richardson was eliminated, Tyra was visibly annoyed with her defeatist attitude and for treating the competition “like a joke.” But all hell was unleashed when Tiffany made the mistake of trying to defend herself! “Be quiet! Stop it!” she screamed at the top of her lungs. “I have never in my life yelled at a girl like this! When my mother yells like this it’s because she loves me! I was rooting for you! We were all rooting for you! How dare you!” Tiffany skulked away and the audience was left a bit baffled. Did Tyra lose it out of love? Is she the mother in this equation?

Dan was pretty pleased with himself when he emerged from isolation and decided to hold his own “funeral” before his expected eviction. At his service, Dan gave individualized sermons about the role of each competitor in his life and praised them most highly. That was until he launched an attack on his former ally, Danielle. This whole vicious scene was staged in an attempt for Dan to align with his former enemy Frank and get rid of his former ally Britney. This amount of cunning was unprecedented in the game and boy did this deceit make for some great reality TV!

Most contestants were completely bummed when they were rejected by the judges on American Idol, but Rhonetta Johnson unleashed a wrath of epic proportions, mostly on judge Paula Abdul. After claiming that she could top the charts above JLo and Mariah Carey, she was rejected by all three judges. Her outburst after leaving the audition room didn’t seem to end! And it was full of expletives claiming that she would be famous and Paula Abdul was washed up. She was so entertaining in the air time she was given, it’s hard to believe she didn’t somehow land a spin off!

Sheree of The Real Housewives of Atlanta had some wild ideas for her Independence Day party, but event planner Anthony Shorter wasn’t about to take Sheree’s angry outbursts laying down. When Whitfield found out that Shorter had been talking to a poet about appearing at the party without clearing it with her first, she lost it! Anthony told her to “check herself” and settle down, but Sheree fired back with “Who gon’ check me, boo?” And alas or hooray, a catch phrase was born and remix videos of the notorious words lit up YouTube. It’s even been added to the Urban Dictionary!

7. Tierra LiCausi vs. The Bachelor House

Tierra LiCausi had a sparkle alright. She listened to her parents and refused to let the other women take it in the epic battle of the eye brow! Sean Lowe had been warned by his sisters not to choose the woman that can’t get along with others and when AshLee told Sean about Tierra’s double nature, even he raised an eye brow. Tierra and AshLee had it out over the incident and insults were hurled about Tierra’s facial expressions and rude demeanor. The confrontational behavior got Tierra booted from the show as Sean aired on the side of caution and listened to his beloved family!

Flavor of Love was in a league of drama all of its own, especially due to the wild antics of New York. In an epic showdown between contestants, Pumpkin made her feelings about New York well known. Pumpkin had been eliminated and accused New York of being on the show to launch her acting career. Heated words were exchanged but no one could have predicted that Pumpkin would end any chance of reconciling the argument by spitting in New York’s face! New York lost it and charged at Pumpkin, pushing her into a camera. Even Flavor Flav was disgusted by Pumpkin’s actions and told her she needed to leave immediately! New York couldn’t calm herself down and launched into a tirade about how awful Pumpkin’s breath was. The remaining contestant, Hoops, admitted privately to cameras that she was glad Pumpkin did it since New York was so awful! Yikes!

5. The Self Proclaimed “God Warrior”

Trading Spouses could never again live up to the drama that ensued on a particular episode that matched an ultra-religious family with a New Age one. When matriarch Marguerite Perrin was sent to live with sane human beings, she completely lost it and had a freak out to end all freak outs! She accused the family of being “dark sided,” practicing astrology, and ripped them a new one for owning gargoyle statues! She got so angry during her tirade that she tore up her check for appearing on the show and proclaimed herself a “God warrior.” With her eyes bulging from her head, she screamed, “Get the hell out of my house! In Jesus’ name I pray!” Say what?! Her meltdown was so epic that the show never seemed quite as entertaining again!

These ladies of The Real Housewives of Atlanta had some epic battles, but the fight that ensued on the reunion show was one for the books! Kenya called Porsha a “stupid hoe” through a mega phone and Porsha got right in her face threatening to “f**k” her up! And she followed through with that promise as Porsha lashed out and pulled Kenya’s hair, dragging her down to the floor! Host Andy was left repeatedly yelling “no” and trying to split them up. Porsha ultimately got sent home by Andy and she stated that she was embarrassed about what had happened, but she was arrested after Kenya filed assault charges. Porsha only appeared on the show as a “friend” after that.

Danielle Staub wasn’t always known by that name and when rumors surfaced of her past as an escort and criminal, Teresa Giudice of The Real Housewives of New Jersey felt it was her job to confront Staub. Teresa decided the best place for this confrontation to go down was at her dinner party. Staub told Giudice to “pay attention” and that sent Teresa flying off the handle! She flipped the table and launched into a tirade of insults. The only decipherable one was “prostitution whore” and the show’s security had to step in and break up the situation. Stay classy New Jersey!

2. Aviva Drescher vs. The Real Housewives of New York

In one of the most memorable and laughable freak outs ever in the Real Housewives franchise, Aviva Drescher gave the ladies of New York a visual demonstration of her words. The ladies were angry that Aviva had been blowing off girl time for supposed health reasons and they decided to confront her at where else, but an upscale New York restaurant. Aviva became increasingly angry at the allegation and she freaked. “The only thing that is artificial or fake about me is this,” she screamed as she slammed her prosthetic leg on the table! She then threw the leg onto the floor of the restaurant to the horror of every other customer! She then offered to crawl home…. Aviva is said to have been fired from the show a few months later.

Gordon Ramsay’s Kitchen Nightmares is always dramatic and conflict always ensues, but the amount of expletives and disgrace brought about by Amy’s Bakery owners, Amy and Samy Bouzaglo of Scottsdale, is legendary. Everyone expects Gordon to point out the shortcomings of the failing restaurants to the owners’ dismay, but this couple got so defensive that Gordon walked off the show and took the cameras with him! The owners did insane things like pocket their wait staff’s tips, pick fights with customers over complaints and then threaten to call the cops! The internet became alight with harassing messages on Yelp and Facebook and Amy fought back. The restaurant had its grand reopening in spite of all the controversy and the couple promised to donate a portion of their proceeds to “benefit a charity organized to bring awareness to cyber-bullying.” Oh the irony! 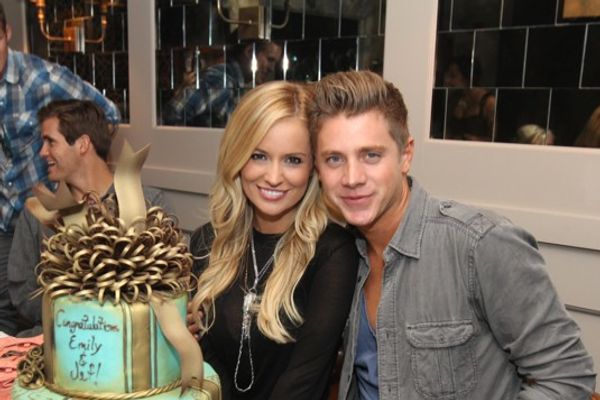 14 Reality TV Relationships That Were Fabricated For TV 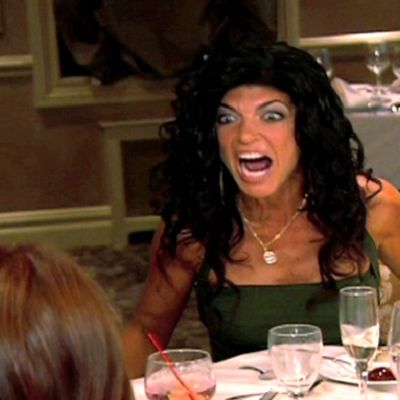