Jason Statham has made himself known in Hollywood thanks to his old school action-hero attitude and films that are reminiscent of the golden age of Sylvester Stallone, Arnold Schwarzenegger and Jean-Claude Van Damme. His talents, as well as charm, have made him an easy favorite, and a sought after leading man who excels in the anti-hero role. Aside from starring in some of the biggest action movies of the past few years, he stays out of the spotlight with amazing skill. Interviews with the star are rare, and he isn’t one to talk much about himself. Get to know him even better with these 11 things you never knew about Jason Statham!

Jason Statham prefers to keep a low profile, but that is just not how things are done at the Playboy mansion, which he quickly learned. As the story goes, back in 2008 Statham was invited to one of Hugh Hefner’s famous Playboy mansion parties which was their annual Midsummer Night’s Dream party. Not too long into his night, however, Statham was escorted off the property by security, but not for being unruly or too drunk. Instead it was because he refused to pose for pictures with the playmates. Statham never stated why he didn’t want his picture taken, but it definitely ended up not being the night he had planned.

Statham began practicing martial arts and quickly took to playing soccer, growing up with star Vinnie Jones, and went on to play for the local grammar school which he attended from the age of 6. Out of it all, however, he excelled at diving and was a member of Britain’s National Diving Squad for 12 years competing on the 10-meter platform and 3-meter springboard. In 1990, he competed at the CommonWealth games, but never brought home any medals.

After spending a long time as a diver, Statham moved into yet another career before acting, as he began his time as a male model. While training at London’s Crystal Palace National Sports Centre, Statham was spotted by Sports Promotions which specialized in sports modelling. He was then offered a job to model for the clothing brand French Connection, and a spokesperson stated, “We chose Jason because we wanted our model to look like a normal guy. His look is just right for now: very masculine and not too male-modelly.” He also had jobs modeling in catalogues for sports brands such as Adidas and Timberland, and he also modeled for regular brands like Tommy Hilfiger and Levis.

Despite venturing into sports and modelling, Statham also followed in his father’s footsteps by working as a street seller to make ends meet. According to Statham, he sold “fake perfume and jewellery on street corners,” but luckily for him, it was this job and not the modelling that got him into acting. While working as a model and a street seller, he was introduced to director Guy Ritchie who at the time was looking to fill the role of a “street-wise con artist” in Lock, Stock and Two Smoking Barrels. Thanks to Statham’s authentic experience on the street, Ritchie gave him an audition where he asked Statham to convincingly sell him fake jewellery. Ritchie took the goods, and Statham got the part, but he has made sure to talk lightly of his somewhat sketchy past, saying the goods “didn’t fall off a lorry, they were pushed and we caught them.”

There was diving and sports, and then there was modelling, and then there was an interesting foray into another branch of the industry for Jason Statham. The handsome British star ended up appearing in a few music videos in 1993’s “Comin’ On Strong” by The Shamen, 1994’s “Run to the Sun” by Erasure, and 1995’s “Dream a Little Dream of Me” by The Beautiful South.

Jason Statham was born in Shirebrook, Derbyshire, to Eileen and Barry Statham. His mother was a dancer while his father was a street seller and a lounge singer. In an effort to avoid following his father’s path of working at local market stalls, Jason moved to Great Yarmouth, Norfolk, to focus on martial arts and diving, but as mentioned, was forced to follow his dad’s career in order to make ends meet.

Thanks to his experienced background in martial arts, Statham has had no problem doing almost all of his own stunts in his action-packed films. He takes on dangerous stunts such as fight scenes, underwater scenes and car chase sequences, and has stated that if he doesn’t do them himself he feels like he is “cheating the audience.” He also opened up about preparing for his physically demanding roles. “I go to this gym full of stunt men. There aren’t any TVs or treadmills there. This is a spit-and-sawdust kind of place. It has a lot of great training aids – trampolines and bags and every weapon ever invented to do harm to a human being. If you want to know how to throw a knife it’s great.” Statham feels so strongly about stunts being authentic he has criticized superhero actors who use stunt doubles and has even advocated for stunt performers to be given a category at the Oscars.

After beginning his career as a struggling athlete, model and street seller, things have certainly turned around for Jason Statham. He now has an estimated net worth of $50 million. All together his films have grossed more than $1 billion at the worldwide box office. His biggest moneymakers have been The Italian Job, The Transporter, The Expendables franchise, and most recently Fast & Furious 7.

Statham prefers to keep his personal life largely out of the spotlight, but he has had some high-profile relationships. He dated British model Kelly Brook for many years until they split in the mid-2000s. He then had a highly publicized fling with reality star Kristin Cavallari in 2010, but broke things off shortly before she met Jay Cutler. Now, Statham has been dating supermodel Rosie Huntington-Whiteley, best known for her work with Victoria’s Secret and her roles in Transformers: Dark of the Moon and Mad Max: Fury Road, since 2010. They became engaged over the Christmas holidays in 2015 and announced their engagement on January 10, 2016. Together they have one son, Jack Oscar, born on June 24, 2017.

For reasons unknown, for the majority of his career, Jason Statham’s age has been up for debate. On his wikipedia page his birthdate is listed as July 26, 1967, which would make the star 49 years old. It turns out, however, that the year is wrong, and Statham was actually born in 1972, making him 44 years old. In a few different interviews Statham has confirmed his actual age, including with the New York Times back in 2006 when he confirmed he was 34, and only three years later he had a public celebration of his 37th birthday at Planet Hollywood. It remains a mystery as to why his age is continuously wrongly reported.

Statham has appeared in many, many films based on tricky car chase scenes and driving stunts such as The Transporter, The Italian Job, and the Fast and the Furious franchise, which makes his own history with driving rather funny. Statham reportedly started driving well before he was of age to actually get his learner’s permit in order to help out his dad. He ended up learning some bad habits when it comes to driving and, when it came to take his driving test, he failed, and it took three times before he passed! Now, he is a very talented driver which was essential for him to perform stunts in many of his films. He spent time training with Formula One race car driver Damon Hill before filming The Italian Job. 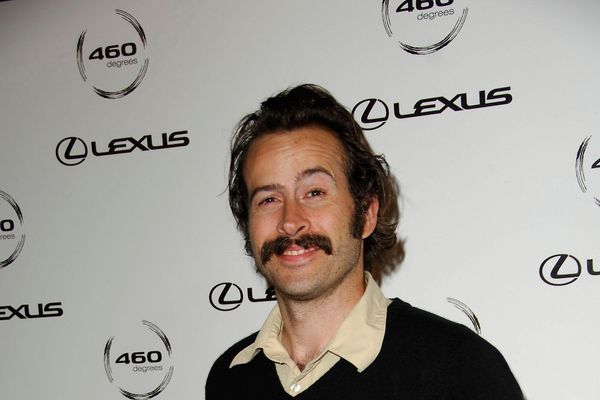 12 Actors Who Were Incredible Athletes