More than 20 years ago, Princess Diana died in a car crash as she was being hunted by the paparazzi. To this day, some people still believe that her death wasn’t an accident and that it was ordered by the British royal family. Diana’s own letters contributed to this conspiracy as in one she suggested that Prince Charles was planning to kill her. “I am sitting here at my desk today in October, longing for someone to hug me and encourage me to keep strong and hold my head high,” she wrote. “This particular phase in my life is the most dangerous – my husband is planning ‘an accident’ in my car, brake failure and serious head injury.” After the car accident, Queen Elizabeth is said to have remarked that somebody may have “greased her brakes,” which only added fuel to the fire. Conspiracy theorists believe that the motive for the murder was to prevent Diana from marrying Dodi Fayed because he was a Muslim.

For years, people have doubted that Prince Harry is Prince Charles’ son. Many point to Diana’s affair with James Hewitt, the cavalry officer with whom she had a relationship for five years in the ‘80s and early ‘90s who looks suspiciously like Harry with his red hair and all. While some people are convinced that Hewitt is Harry’s father, it just isn’t so. He and Diana began their affair in 1986, two years after Harry was born. Also, the red hair comes from Diana’s side of the family. Harry reportedly looks like her brother, Earl Spencer. Hewitt has also denied the allegations.

10. Queen Elizabeth I Was a Man

Queen Elizabeth I – daughter of King Henry VIII and Anne Boleyn – ruled England for 70 years without a husband. She had her fair share of suitors, but she refused to marry, claiming that England was her husband. Her vow of abstinence was unusual to say the least and because of this some believed that she never married or had her children because she was actually a man! As the story goes, she wasn’t born a man. Instead, the real Elizabeth died of the plague as a child and her nurse was too scared to tell her father because of his violent reputation, so she had Elizabeth’s body buried. Unable to find a girl in town who would pass as the princess, they could only find a boy who looked like her, so he was dressed up in Elizabeth’s clothes and presented to her father. Then, more than 300 years later, Reverend Thomas Keble reportedly discovered young Elizabeth’s body in the stone coffin where it was hidden and then reburied it elsewhere.

9. Princess Diana Was Pregnant when She Died

According to Mohamed al-Fayed, Dodi Fayed’s father, Diana and his son were killed because she was pregnant with his Dodi’s child and the British royal family didn’t want an Egyptian Muslim to be the stepfather of the future King of England. Even before she died, there were rumors about a possible pregnancy, which were fueled by Diana’s comments about a “big surprise.” While some believe this conspiracy, the post-mortem examination showed that she was not expecting.

8. Charles and Diana Had a Secret Daughter

Some royal fans believe that Prince William wasn’t Prince Charles and Princess Diana’s first child. As the story goes, in December 1980, before Diana married Charles, the Queen forced her to undergo fertility tests to ensure that she was capable of bearing children. It was during these tests that her eggs were harvested and fertilized with Charles’ sperm. Although they were ordered to be destroyed, a rogue doctor reportedly implanted one of the embryos in his wife. The baby, a girl, was born in October 1981 after Charles and Diana were married and named Sarah. After Sarah’s parents were both killed in a car crash in her 20s, she learned from a diary that Charles and Diana were her real parents, but when she tried to trace the origins of the donated embryo, she received a threatening message and then moved to America and began living under a secret identity.

After Kate Middleton gave birth to Charlotte, there were rumors that she had used a surrogate and had never been pregnant at all. According to the Russian newspaper Komsomolskaya Pravda, it was impossible that the Duchess of Cambridge had given birth because she looked too beautiful when she posed outside the hospital for photos with William and the baby. “It was a surrogate mother who gave birth, not her,” one conspiracy theorist said. “Kate must have been wearing a fake belly to show the people she was pregnant.” Another conspiracy theory claimed that Kate had clearly given birth a few days earlier because Charlotte did not look like a newborn baby.

6. Princess Margaret Had a Love Child

A man named Robert Brown claims that he is the son of Princess Margaret and her first love Peter Townsend. He believes that the Princess gave birth to him in on or around January 5, 1955, and that her pregnancy was hidden with body doubles. Once he was born, he was sent to Kenya and raised by Cynthia and Douglas Brown. He is currently embroiled in a legal battle to see the contents of Margaret’s will. He believes their battle to stop him from seeing this shows that they have something to hide.

5. Prince Charles is a Vampire

Prince Charles claimed that he is related to Vlad the Impaler, the inspiration behind Bram Stoker’s 1897 vampire novel Dracula, in a video for The Romanian National Tourist Office. “Transylvania is in my blood,” Charles said. “The genealogy shows I am descended from Vlad the Impaler, so I do have a bit of a stake in the country.” Vlad the Impaler was estimated to have killed about 80,000 people through various means, but his favorite way of killing his enemies was by impaling them with stakes.

4. Jack the Ripper Was a Member of the Royal Family

Some scholars believe that King Edward VII’s son Prince Albert Victor was the infamous and anonymous serial killer Jack the Ripper, who killed five prostitutes in London in 1888. There is evidence that Albert was infected with a sexually transmitted disease, which he most likely caught from a prostitute and some people say that the STD drove him mad and caused him to kill those five women.

3. The Royal Family Are Lizards

Conspiracy theorist and former BBC sports reporter David Icke is convinced that the members of the royal family are a species of lizard-humanoids that can shift between the two. He also believes that all of the world leaders and public figures are lizard-people and that they are responsible for 9/11 and the Holocaust.

2. Prince Harry and Meghan Markle’s Union is Part of a British Plot to Get Control of America

A Twitter user is responsible for this conspiracy – that Prince Harry and Meghan Markle’s marriage is part of a long-term plot by the British to regain control of America. “Prince Harry’s kids will be Americans. What if one grows up to be president and is in line for the throne at the same time?” Greg Pollowitz tweeted. “Brits are playing long-ball here, but it’s a smart move. They want America back and this is how they’ll do it.” The United States of America was originally a British colony called the Thirteen Colonies, but they freed themselves from British rule on July 4, 1776.

1. One of the Russian Princesses Escaped Execution

After the Romanov family was brutally murdered in 1917 by the Bolshevik secret police, there were persistent rumors that one of the daughters, Anastasia, had survived the execution thanks to the jewels that were sewn into her clothing and escaped. In the years that followed, a number of women came forward claiming to be the grand duchess, the best known being Ann Anderson. Speculation persisted in the 1970s when an amateur archeologist found a shallow grave containing six adults and three children. In the 1990s, a forensic investigation revealed that the nine bodies discovered belonged to the Romanov family and their servants, but Anastasia and her brother Alexei’s bodies were missing. However, in 2007, another grave was discovered, which contained two bodies – that of Anastasia and Alexie – which put the conspiracy theory to rest. 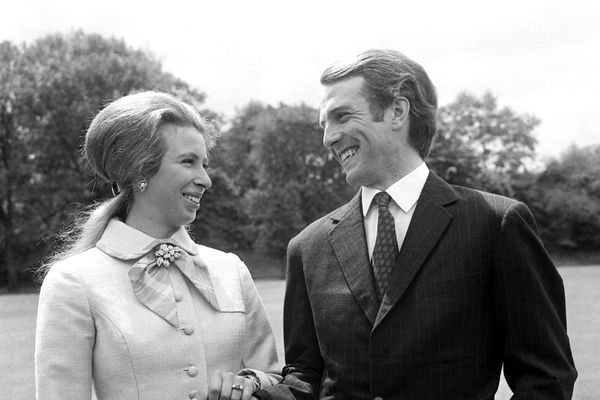 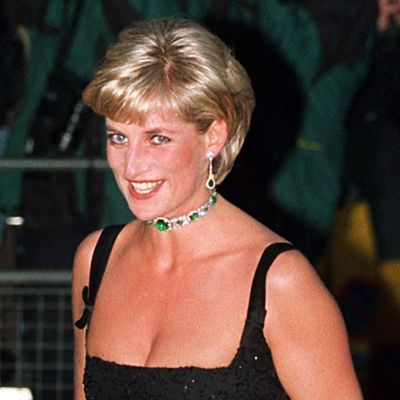