12 Crazy Things You Didn’t Know About The Sharknado Franchise

Sharknado? Crazy? How could those two words ever meet?! *insert heavy sarcasm into previous text* But beyond the hella-impossible weather phenomenon and whole-human devouring sharks that appear in the now notorious film franchise, there are more wildly wacky facts that will shock the sci-fi-shark-movie-lover in you. Here are 12 crazy things you didn’t know about the Sharknado franchise.

Before Ian Ziering stepped into the shark-slaying lead role in Sharknado, the character of Fin Shepard was first offered to Steve Guttenberg. Guttenberg is perhaps best known for his roles in the ’80s hit movies Police Academy (as well as its sequels) and Three Men and a Baby. But apparently he wasn’t up to facing a shark-filled freak weather phenomenon and Steve Guttenberg turned down the role resulting in Ian Ziering being cast instead.

When Steve Guttenberg passed on the role of Sharknado’s leading man Fin Shepard, the shark-slicing spot was offered to Ian Ziering. But instead of jumping on the obviously brilliant acting opportunity, he was more than just a little hesitant. In the end, it wasn’t a deep need to explore the role or a connection with the character that made him accept the gig, it was pure necessity. Along with needing an acting job – any acting job – in order to earn enough to qualify for the Screen Actors Guild health insurance for himself and his family, his wife also insisted he take the role as they had another child on the way at the time and needed the payday. Necessity breeds invention, and apparently breeding invents necessity.

10. Ian Ziering “Didn’t Think It Would See The Light Of Day”

You’d assume that an actor would have real faith in a script to take on a role. They are floored by the story or wowed by the theme. Perhaps they’re excited about who they’ll be working with or what impact the film will inevitably have on modern culture. Yeah, not always. When asked about his thoughts on Sharknado, the movie, which has brought his named back into the public vocab, Ian Ziering responded, “After reading the script, I didn’t think it would see the light of day!” Ouch. That’s gotta be just about as nasty as a shark bite. Okay, maybe not THAT painful, but still, that’s quite a sting. Luckily for him, or at least his bank account if not for his love of the franchise, the movie did indeed see the light of day, as well as spark a new fabulously-crappy-movie cult-fandom.

Jaws is hands-down one the most iconic shark-related movie in Hollywood’s history. Sharknado is certainly making its mark – in its own special way – but can the two be compared? Sharknado star Ian Ziering thinks so and not just that, he thinks Sharknado comes out on top, at least in some aspects, stating,“I mean, the opening scene from Sharknado I think was better than the original Jaws movie. It was scarier, it was bloodier, and it had more high-anxiety moments than the original Jaws movie.” Um, okay.

Ian Ziering doesn’t only think this may be his Jaws-equivalent experience, he also thinks this may be his ultimate John McClane moment. “I always wanted to do action-adventure, and science fiction genres were always something that were of great interest to me. And when I read the script and saw that I got to rappel off bridges, chainsaw my way out of the belly out of a shark, you know, this was a chance for me to relive some of those Die Hard moments that I remember being so envious of when I was younger.” Again…okay? But, really, why just have a mix of Jaws and John McClane when you can also have Vincent Vega thrown into the fun? “Maybe this is my John Travolta Pulp Fiction moment. At some point in my career, you know, if you’re lucky enough to get one, maybe this is gonna be it. Who knows?” We know, Ian. We all know.

If you think Sharknado is one dimensional and totally straight forward, think again. There are secrets to be spotted if you watch closely enough and know the salacious secrets that true fans tuck away in their Fin-lovin’ brains. A great example of this is the appearance of the film’s director in the movie itself. Sharknado director Anthony C. Ferrante played a minor but crucial role in the initial film – he was the first guy to be eaten by a shark.

Before it was given the momentous moniker of Sharknado, the future cult-fave was deemed Dark Skies. This is a prime example of how important titles are. The movie would never have been as popular if it had been called Dark Skies. Part of the brilliant-kitchiness of the film is its ridiculous name. And it’s blatant. Really, very blatant. Sharknado = sharks + tornado = boom, you know what it’s about already and can’t wait to watch this epic piece of brilliant can’t-look-away-from-the-car-crash kind of production.

For those fans who want to learn every last tidbit about the shark-flinging franchise, you’re in luck! In March of 2015 SyFy confirmed that they will be making and releasing a documentary film about the Sharknado series. Surely it will hold all of the vital movie-given life-affirming clues while delving into the deepest levels of every aspect of the epic’s creation. From the undoubtedly grueling mental process that went into writing the script to the actors’ process of completely becoming shark-defeating badasses unafraid of wielding a chainsaw up against a marine monster that could swallow you whole.

If you could only jump into the movie and help the gang fight those cyclone-surfing sharks! Well, now you can! Sharknado: The Video Game is a 2014 endless running video game developed by Other Ocean Interactive and published by Majesco. The game is based on Sharknado 2: The Second One and in it, you’ll be Fin Shepard himself, fighting your way through shark-infested areas of New York City. Along the way, you/Fin must kill the sharks and once a certain number are slaughtered, the player moves up a level where they’ll face increasingly harder challenges. The game was not well received with Hardcore Gamer saying, “As a game based on a movie that literally aspires to be awful, it falls short of its mark. That is how much of a failure this game is. It is so lazily made that it cannot even get into the realm of epiclly [Sic], amazingly bad. It is just a boring, run of the mill endless runner without enough ideas to even be terrible.”

Oh, Archie! Can’t you keep yourself out of trouble? Apparently not and now the famous red-headed comic book character will find himself up against the mighty Sharknado itself. “To tie-in with the TV movie, Archie Comics is publishing a crossover one-shot: Archie vs. Sharknado; which is co-written by Sharknado screenwriter, Anthony C. Ferrante and longtime Archie writer/artist, Dan Parent.” Well, then, how can it miss? The official description lays it all out: “It’s that time of year in Riverdale! The end of the school year. Time for beaches, barbecues, fun in the sun and… SHARKNADOS!?! That’s right, get ready as Archie and the gang brave the storm of a tornado full a sharks that riffs off the pop culture phenomenon known as Sharknado! The story unfolds as sharknados are spotted on the “Feast” Coast! Our heroines have to figure out how to get back to Riverdale, where the storm is about to hit next. Soon Archie and the gang go, go, go as they battle the Sharknado-ravaged Riverdale! Who will live? Who will die? Will this take a BITE out of the end-of-the-year prom? Uh….probably!” SMH!

On July 12, 2013 the much beloved Corey Monteith of Glee fame (where he in fact played another Finn, this one being the adorable Finn Hudson) sent out his last tweet which was Sharknado based. “oh. IT’S A SHARK TORNADO.” The next day, on July 13th he died at the age of 31.

1. Sharknado Is Bigger Than You Imagined

The movie that Ian Ziering didn’t think would ever see the light of day has not only found its own strange success, it has also spawned a series of Sharknados around the world. In July 2013, the first Sharknado movie premiered in Australia after originally being scheduled to be shown in September. Its popularity abroad made the network want to show it as soon as possible. The U.K. premiered it in August of that same year and New Zealand showed it in September. Germany was soon to follow, premiering it in January of 2014 as part of their “Worst films of all times” series. And it’s not ending there. Along with the second installment and the third that have already hit screens, a fourth and fifth Sharknado are already in the works. The fifth is apparently titled, Sharknado 5: Ultimate Shark. ULTIMATE SHARK! 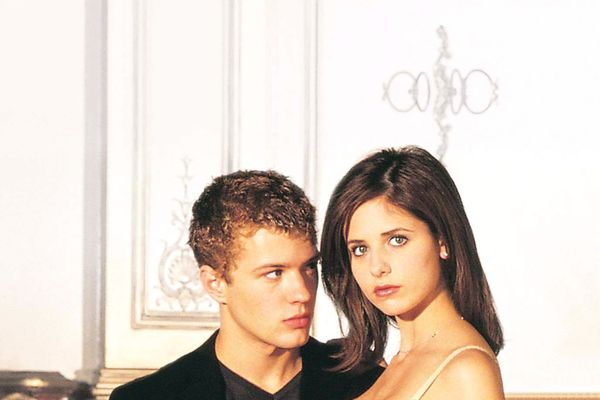