12 General Hospital Storylines That Need To End in 2018

As one of the most popular daytime dramas in soap opera history, General Hospital (GH) remains on the airwaves thanks to some incredible romances and storylines over the years. Well into 2018, fans continue to tune in daily to see the trials and tribulations of all their favorite Port Charles residents and what will happen in their lives next. However, as incredible as some of the stories that are currently unfolding are, there are some that need to be tied up. Below are 12 GH storylines that need to end in 2018.

It’s been months since the real Jason Morgan returned to town and his twin storyline with Drew has been an incredible watch. It took a long time to finally lure Cesar Faison back to Port Charles and just as it seemed he’d be able to answer some questions around the entire Drew/Jason debacle, Port Charles enemy number one wound up dead. However, even in death, Faison and all the unanswered questions he had still linger on in storylines. Here’s hoping that by the end of this year, this storyline can finally be sorted out and Faison can be a distant memory.

There’s nothing like a good love triangle in a soap opera, and the Drew/Sam/Jason arc has it all. Yes, Sam has chosen Drew for now, but even fans of DrewSam have to admit that she ended up choosing Jason’s twin a little too quickly. It’s going to take a long while for Sam and Jason to reunited, but here’s hoping OG JaSam come together and admit their feelings for each other before the end of 2018, or else this love triangle just may linger until 2019.

Will Franco ever be able to move past all the craziness that occurred while he was growing up? Every time fans think they may be past it all, something else pops up and the recent revelation that Drew and Franco spent time together while they were younger is one fine example of how GH writers continually head back to Franco’s childhood in order to pull new storylines. Time to get past it all!

Speaking of, when will Franco tell Liz about how he tried to kill Drew when they were younger? Sadly, the truth will come out eventually and tear the couple apart; however, the constant hiding around this secret has gone on for far too long. Drew and Jason keep warning Liz about Franco and what he is capable of, once she learns the truth, she’s sure to drop him like a bad habit.

Ava and Kiki Jerome certainly have a unique relationship. It’s obvious that they love each other deeply, but what is it with the fact that they always seem to fall for the same man? First, Ava stole Morgan Corinthos from Kiki and now Kiki seems to be developing a bond with her mom’s boyfriend, Griffin Munro. Time to end these types of love triangles with these two ladies so that they can dive into different storylines.

Last year’s big storyline revolved around Anna and Valentin’s past with the WSB. It was interesting, and it did seem like more was going to happen between these two, but nothing did. Fast forward some months, and up pops a storyline involving Anna and her illegitimate child with Cesar Faison. While the story does seem interesting, Valentin’s involvement in the entire fiasco seems redundant. Digging up their WSB past once more seems like the writers are trying to fetch water from a well that dried up in 2017. Valentin needs to get over his obsession with Anna. Here’s hoping it all gets sorted out by the end of this year.

When has Drew Cain not struggled with his memory? When he first entered Port Charles in 2014, he had no idea who he was. He fought for months to figure out his real identity only to find out he was Jason Morgan (not). He spent time on Cassadine Island with Jake and memories that popped up last year, and it now turns out he was a Navy Seal and he can’t remember it all. Will Drew ever regain full memories around his life? Here’s hoping he does in 2018!

Despite all that has happened between Julian Jerome and Alexis Davis from the moment they got married in 2016 until now, not to mention the fact that Jerome has had jail time in between there, these two can’t seem to shake each other off. Their romance ended when he tried to kill her, and it would be nice if they stopped pining for each other. It’s really time these two moved on to other relationships.

Maxie Jones and Lulu Spencer couldn’t stand each other in their younger years; however, these two formed a nice BFF friendship in and around 2008. It’s been a roller coaster ride for them ever since. They are like the GH female friendship version of Sonny and Carly: they break up, only to make up once again. They had problems when they were teens, then again in 2013 when Maxie ended up having her own baby and not Lulu and Dante’s, and here we are in 2018 with the two women at odds again. Either have them stay BFFs or mortal enemies because all this breakup/makeup craziness in their friendship is just too much.

3. Drew and Jason’s Issues With Franco

While it is a bit understandable that there is still some small tension between Franco and Jason, considering Morgan’s five-year hiatus from Port Charles, in general, the feud between these three men really should come to an end this year. Drew’s memories are all of Jason’s and he knows that Franco isn’t that bad. Meanwhile, Jason needs to come up to speed with the new Franco and understand that all the bad things he did in the past were either not true or because of his brain tumor. Time to let it go, boys.

Speaking of feuds, Carly Corinthos’ need for revenge against Ava Jerome (and vice versa) needs to end in 2018. After all, the two women just seem to have a vicious cycle of hate going on between them. They both just need to get over what each has done to them and move on and learn to co-exist for the sake of co-parenting Avery.

Just how long has Nelle Benson been working overtime to ruin Carly Corinthos’ life? She strolled into Port Charles in 2016, almost destroyed the woman’s marriage, family, and looped her son Michael in, and is now pregnant with her grandchild. Nelle and her vendetta against Carly needs to stop. What more can she do? It’s almost gotten to the point where the storyline is just boring. Here’s hoping Nelle’s vendetta against Carly can end in 2018. 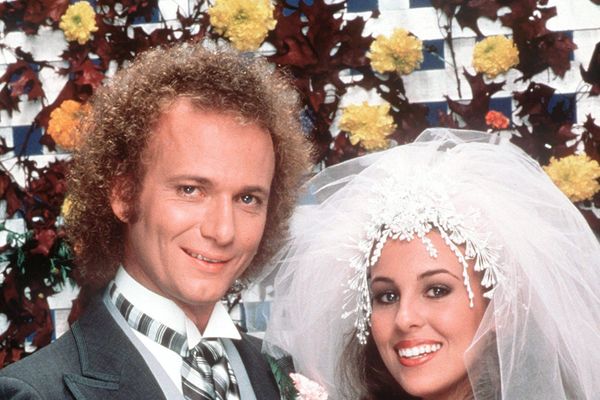 General Hospital: 12 Most Controversial Moments Ever