On Sunday, May 8, people around the world celebrated Mother’s Day. Along with gifts, flowers, and pampering, many, many moms also received extra special shout-outs on social media. So many celebrities took to Instagram to share photos and thanks for their own special mothers, as well as to their lovely partners and mother of their children. Even some of the most private stars broke their social media privacy to share a touching moment resulting in some adorable photos and very sweet words. Check out 12 of the most adorable Mother’s Day Instagram posts shared by Hollywood’s A-listers.

Fuller House star Jodie Sweetin, 34, took to her Instagram photo to share photos of her Mother’s Day gifts as well as one with her two daughters, Zoie, 8, and Beatrix, 6. She captioned the photo, “I love being a mama!!! My girls are EVERYTHING!! Happy Mother’s Day to ALL the moms out there! #mothersday #supermoms.”

I love being a mama!!! My girls are EVERYTHING!! Happy Mother’s Day to ALL the moms out there! #mothersday #supermoms

Channing Tatum is one of the most well-liked actors for several reasons, but his appreciation for others is one of them and he took the time to post very sweet words to both his wife Jenna and his very own mother. For his mom, he shared a cute picture of the two along with the caption, ‘Ok everyone, yes que the slams and jokes I went on a quote tear today. And there are a lot of people that have said it better than I can. Haha this one is straight up my mama. “All that I am or ever hope to be, I owe to my angel mother.’ – Abraham Lincoln. She has put up with a lot over the years. Wow. Don’t know how we got here mama. But I know it’s cause of you. I be lovin you.”

Kate Hudson posted a couple of photos for Mother’s Day, but her throwback one was the best. The actress took to her Instagram to share a photo of a young Goldie Hawn surrounded by three of her children in a heart shaped photo frame. “Us kids must have done some pretty good stuff in a past life to deserve such a Mom. Happy Mother’s Day Mama Goldie! Come over!”

Kris Jenner may be one of the most famous celebrity moms right now. She is not only mother but manager to Rob, Kim, Kourtney and Khloe Kardashian and Kylie and Kendall Jenner, and she also took to her Instagram to celebrate her own mother. Sharing a photo of herself with her mother, Kim and North, Kris wrote, “Happy Mother’s Day to my mom! I love you dearly!! Thank you for being the most loving grandmother to the kids, and great grandmother to Mason, Penelope, North, Reign and Saint. They are so blessed to have you!! You only have one mother, and I am thankful every single day that you are mine. #mothersday #family #grateful #blessed #fourgenerations.”

John Legend’s gorgeous wife Chrissy Teigen was ecstatic to celebrate her first mother’s day after the famous pair welcomed their daughter, Luna Simone Stephens, on Thursday, April 14. Legend honored his wife with a photo of Luna wearing a onsie stating “Happy 1sr Mother’s Day,” as well as a super cute one of Chrissy and Luna which he simply captioned, “Happy Mother’s Day!!”

Country singer and former One Tree Hill star Jana Kramer also got to celebrate her first Mother’s Day after welcoming daughter Jolie Rae Caussin with husband Michael Caussin in late January 2016. She shared adorable photos of her own mother with Jolie, as well as two of herself with her daughter, captioning one,”Me and my girl. Amazing first Mother’s Day!”

All of the Kardashian-Jenner clan took to their Instagrams to post about their mom Kris, but Kendall Jenner had one of the best! She posted a funny throwback of herself hanging out by the pool as a baby with her mom who was extremely pregnant with Kylie at the time. Kendall simply wrote, “monkey days,” alongside the cute photo.

Drew Barrymore spent her Mother’s Day with her two daughters and her estranged husband’s mother and, along with very sweet photos of the three, she also posted a throwback of herself with her own mother, Jaid. Many are well aware of the bad relationship Barrymore had with her parents in the past, but she shared the sweet photo along with the hashtags, “#oldschool #happymothersday #thankyoumom #1982.”

Justin Timberlake and Jessica Biel have kept their son Silas out of the spotlight, but every so often they share glimpses of the little guy and Mother’s Day was one of those occasions. Timberlake posted a sweet photo of Biel holding Silas wearing a onsie that proudly displays, “I (heart) Mom,” and also wrote, “M.I.L.F. Alert!!! Happy Mother’s Day to this AMAZING MOM AND WIFE. And, to all of the Mother’s out there… You keep the World turning!! Hope every single one of you has an amazing day! –JT.”

While Ryan Reynolds’ wife Blake Lively posted the gorgeous flowers Reynolds got her for Mother’s Day, the funny actor took to his own Instagram to share a very nice photo of himself with his mom and a trademark hilarious caption. “Happy Mother’s Day, Mom. You gave birth to me an excruciating 468 weeks late. I was 9. We were both so happy to be free.”

Entertainment industry mogul Tyra Banks surprised everyone when she revealed that she had slowed down her busy life to become a mom to son York Banks Asla with boyfriend Erik Asla after welcoming their son via surrogate. As such she got to celebrate her first Mother’s Day as a mom and shared a spectacular photo of herself holding her son with her own mother looking adoringly at him. She captioned the photo, “I’m hearing, ‘Happy Mother’s Day’ and I can’t believe how lucky I am! Of all the fashionable hats I wear, I love being a #mother the most. #HappyMothersDay from me and my mama to all the wonderful women of the world!”

As mentioned, Channing Tatum was especially sweet on Mother’s Day, and also shared a photo of himself holding a picture of Jenna and their daughter Everly, and wrote a lengthy and heartfelt post. “I took this just days after Jenna and I (mostly Jenna) brought our little girl into the world. I’ve taken many like it over the past 3 years but this is one of my favorites. She was so tired. Haha. But she has such a deep strength and other worldly grace. Watching her in those first days transform into a mother was life changing. She was every bit the beautiful, sexy, funny, flawed creature I fell in love with. But the prism turns and showed a whole new light that I had no idea existed, the light a mothers love. Thank you for that baby. Saw this quote today –‘The most important thing a father can do for his children is to love their mother. Theodore Hesburgh’ there are a lot of important things in being a father. Who knows what the most important ting is? All I know is that in my case this is pretty high on my list. Love you cake!” 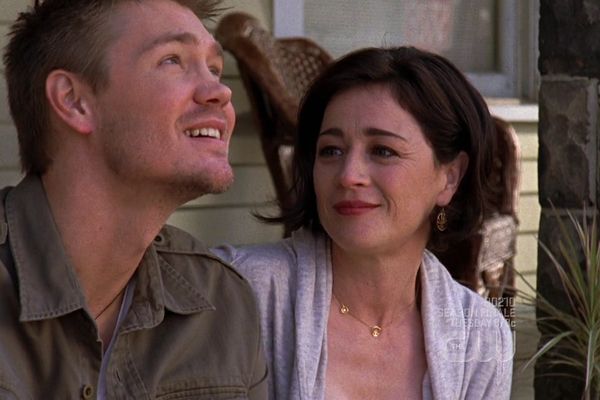