12 Movies That Have Broken World Records

Which slasher film has the highest body count? Which movie has the most swear words? Which movie was the most expensive to make? Which movie has made the most money in return? Hollywood is known for taking things to extremes in any and every way that it can. From the day the script is written until it’ released into theaters, some movies manage to not only ramp up the excess, they actually manage to break world records in the process. Check out these 12 movies that have broken world records.

Think of the creepiest, scariest, goriest, deadliest horror movie you’ve ever seen. Got that in mind? Now multiply the body count a few times and you’ll be in the range of the movie that holds the world record for the Highest Body Count in a Slasher Film. Coming in at a murderous 155, the aptly named, The Summer of Massacre was directed by Joe Castro and first came out in 2011 and is in fact an anthology of deadly stories which includes “eight killers in five gory tales.” Plenty of opportunities to ramp up that body count.

11. Most Swearing in One Film

Do you have a dirty mouth? Talk like a sailor, as they say? Have you ever been really ticked off and just let a wild rant of expletives fly? If so, you may want to check out the movie Swearnet. The 2014 film directed by Warren Sonoda is all about curse words, swear words, cussing, expletives, or whatever the *BLEEP* you want to call them. In fact, it holds the record for the Most Swearing in One Film at a *BLEEP*ing wild 868. “Fed up with being censored in their post-Trailer Park Boys lives, the out of work stars/world-renowned ‘swearists’, Mike Smith, Robb Wells and John Paul Tremblay decide to start their own uncensored network on the internet.”

Winning an Oscar is impressive enough. Winning multiple Academy Awards certainly solidifies your place within the Hollywood elite. But being an Oscar record holder is just about as impressive as it can get when it comes to mainstream film awards recognition. So what movie currently holds the record for the most Oscar wins? Well, there are in fact 3 films that are tied for that honor. Ben-Hur (1959), Titanic (1997), and The Lord of the Rings: The Return of the King (2003) share the record for most Oscar wins with each movie taking in 11 Academy Awards. What do you think it would take to reach a magical dozen?

Sometimes all of the hype leading up to a film’s release almost seems bigger than the film itself. Taking advantage of that phenomenon by selling advanced tickets is one of the ways popular movies that can bank on the buzz. No movie has done this more successfully than Pokémon: Giratina and the Sky Warrior (2008), the 11th installment of the Pikachu the Movie film series, which alone managed to sell an incredible 2,384,198 tickets before the movie even hit the screens. Nabbing the movie the world record for Greatest Advance Sales for an Animated Film, it also helped the movie bank a tidy fortune of JPY 2,270,809,500 (or $23,759,862 US).

8. Most Expensive Script from a Film

It’s amazing how worthless paper is when it’s crumpled up in the recycling box and yet how priceless it can be when it happens to have something significant on it. Say, like a legendary Hollywood movie script. When Marlon Brando’s script from The Godfather went up for auction in 2005, the main star’s lines were sold for an incredible $312,800 which set the record for the Most Expensive Script from a Film. It’s not known who snagged the prize, but they nabbed themselves 173 pages of Hollywood history. Let’s just hope they keep it away from any open flames and paper shredders.

7. Most Expensive Costume from a Film

If you love Breakfast at Tiffany’s, you’re not alone. If you adore Audrey Hepburn’s wardrobe as Holly Golightly, you’re certainly not alone. And if you thought that paying $312,800 for a used script, then how much would you be willing to pay for a used dress? The infamous black cocktail dress worn by Hepburn in the film was designed by Hubert de Givenchy and helped to establish the now-iconic style of the lead character. In 2006, the dress was put up for bids at the City of Joy Aid charity event held at Christies by author Dominique Lapierre. An anonymous buyer picked up the dress for a whopping $924,374 (467,200 UK). The high price tag resulted in the record for the Most Expensive Costume from a Film.

Do you have little ones in your life? Have you watched Frozen with them? Have you watched Frozen with them about 5 million times? If so, you’re not alone and the super popular Disney animated film still has little Elsa’s singing their adorable little hearts out. Frozen doubled up by releasing its original version as well as a singalong version which together pulled in $1,274,234,980 worldwide, nabbing the movie the record for the Highest Box-Office Film Gross for an Animation. That’s a whole lotta hot cash for an icy movie! But if this popularity had you hoping for a second movie to give you a break from the first, you’ll have to wait a little longer. Like, a few years. Frozen 2 is in the works, but isn’t scheduled to be released until 2018 at the very earliest. So, ya know, let it go!

Sports movies are a popular genre and when one movie does extremely well, you can be sure that sequels will soon be on the way. But even today, none can match the dominating record holder of the Most Successful Sports Movie Franchise. If you need a hint, the franchise is still alive and well, with its latest movie taking fans by storm even now. We’re talking about Rocky, of course. Creed is the latest in the line of rough and tumble boxing movies that have now spanned the long career of star Sylvester Stallone who was on hand to accept their record certificate validating the record for the $1,251,372,491 the movies have taken in so far and that doesn’t count what Creed will add to the count.

There are plenty of megastars worth more money than the average person could ever imagine banking, but making a giant chunk of your massive fortune in a single years isn’t something even the super famous can do. But Robert Downey Jr. isn’t just anyone, he’s Iron Man! Currently holding the record for the Highest Annual Earnings for a Film Actor, the man who we love to watch as Tony Stark made $80 million (yes, you read that right) between June 2014 and June 2015. Granted, it’s just a fraction of his total net worth of an estimated $220 million, but you have to admit that making $80 million in one year is…well, it’s just totally wild!

3. Fastest Time for a Movie to Gross $1 Billion

How long would it take you to make $1 billion? A lifetime? A possibly many lifetimes? Well, in Hollywood, making a billion dollars is just another day in the business for blockbuster movies, but how fast a film can get to that mark is something that will pique the interest of even the most jaded showbiz veteran and breaking the world record for reaching $1 billion faster than any other movie before it certainly can’t be ignored. So which film managed this feat? That would be the wildly popular Jurassic World. It only took the film 13 days to rake in $1 billion, beating out the previous record holder, Furious 7, which had hit the $1 billion mark on day 17 and The Avengers, Avatar, and Harry Potter and the Deathly Hollows: Part 2 which all brought in $1 billion after being out for just 19 days.

Now that you know which film made the most money, it makes sense to name the movie that cost the most. Costing a whopping $315 million at the time, Pirates of the Caribbean: At World’s End holds the record for Most Expensive Film Produced. With megastars to pay (Johnny Depp, Geoffrey Rush, Orlando Bloom, and Keira Knightley don’t come cheap), a large supporting cast, a giant crew of Hollywood pros, and sets that outdo most any other production created before or since, no expense was spared. It’s a good thing these pirates had the treasure chest to back up the massive checks they were writing.

It’s not easy to be the first at anything in Hollywood. So much has been done before (again and again and again), but that doesn’t mean that it’s impossible to break new ground. That’s just what James Cameron’s movie, Avatar, did when it set the record for becoming the First Movie to Gross $2 billion dollars. No, not $2 million. $2 BILLION. James Cameron is known for creating some of the biggest and most popular films of all time, so we’ll just all have to look forward to – and prepare ourselves for – whatever comes next. A $3 billion film, perhaps? One can only hope! 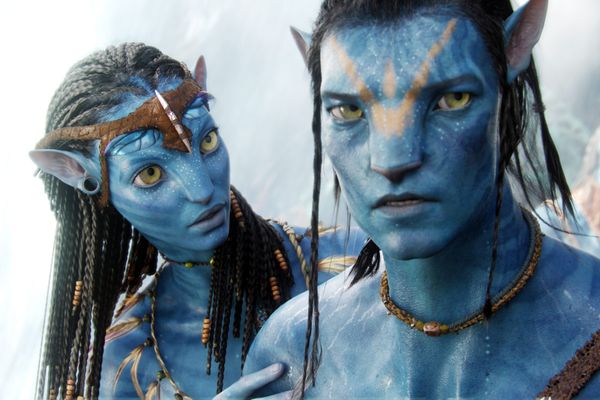 11 Movies That Have Broken The Most Box Office Records