Whether or not you love your hometown, watching the ladies of Sex and the City lead their fabulous lives in the big city could make just about anyone want to pick up and relocate. Remember, if you can make it there you can make it anywhere, and with awesome apartments, a notorious nightlife, and the coolest friends ever, here are 12 reasons Sex and the City made us want to move to New York.

One of the reasons Sex and the City made viewers want to move to New York City…(wait for it!)…was actually outside of New York City. When the weather gets hot, Manhattanites flock to the Hamptons and fans of the show wanted to go right along with them. Gorgeous houses, beautiful beaches, and wild parties? We’re in!

Most cities start to close for the day when the sun goes down and nighttime hits. But in the city that never sleeps, the good times keep rolling and so does the public transportation. Making it possible for New Yorkers to get around at all times, Manhattanites boasts one of the world’s only 24/7 subway systems. It also has the most subway stations, as well as the largest amount of track, which keeps the city’s inhabitants moving around town at all times.

Every time Carrie Bradshaw stepped outside of her door, viewers were brought along with her into the Upper East side with its tree-lined streets and beautiful brownstone buildings. Whether she was strolling along the sidewalk or skipping down the street, it was hard not to wish you were her neighbor.

The ladies of Sex and the City were always heading out to try the latest, hottest restaurant that New York had to offer. Daring décor, A-list diners, and trendy cuisine had fans drooling for more than just the sexy scenes.

Gather your girls and order a drink. A Cosmopolitan, of course. With its deep red blush and wide-rimmed lip, it was the perfect drink for a night out in Manhattan and lured audiences into the scene along with the saucy banter and sexy storylines.

Whether you’re looking for vintage finds or designer duds, Sex and the City showed fans they could get it all in New York City. The four main characters were regularly seen cruising through stores making audiences jealous that they weren’t browsing the shelves along with them.

5. Free to Be Style-Forward

Carrie Bradshaw and her friends each had their fair share of hits and misses when it came to style choices, but the great thing about New York is that you’re free to be daring where your wardrobe is concerned. No matter how wild your outfit is, someone else will most likely top you. This gave the main characters of Sex and the City and their behind-the-scenes stylists the freedom to experiment with some of the most striking looks on the screen. Anyone who had ever wanted to explore the limits of their outer-selves was wishing for a ticket to the big city.

Sex and the City highlighted New York’s gay-friendly reputation through characters and storylines that accepted and normalized same-sex lifestyles. From Carrie’s good friend Stanford Blatch who is proudly gay to Charlotte’s liaison with the “power lesbians” and even Samantha’s dalliance with a lesbian lover, Sex and the City called out to anyone who was gay or a same-sex ally.

On Sex and the City, it seemed like there was a party for every night of the week and somehow the ladies always had the time and energy to attend. Whether it was launches, openings or clubs, Carrie, Samantha, Miranda, and Charlotte had their names on the hottest Manhattan invite-lists.

Carrie may have been hung up on Big for a good portion of the show, but she also made her mark on the Manhattan dating scene. By the end of the series, the starring character had dated 25 different men. Charlotte and Miranda both had their fair share of dates and relationships and let’s not even get into how many men and women Samantha had slept with by the end of the show’s run. What does it all mean? If you’re single and looking, New York City is the place to hook-up.

If Sex and the City showed viewers nothing else, you can’t deny that it displayed some of the best that friendship had to offer. Carrie Bradshaw had the ultimate BFFs in Miranda, Charlotte and Samantha and, on top of that, they were one of the coolest foursome of friends that ever fictionally existed. The escapades and adventures of the group made it hard not to want to make your way to Manhattan to find your own big-city besties. 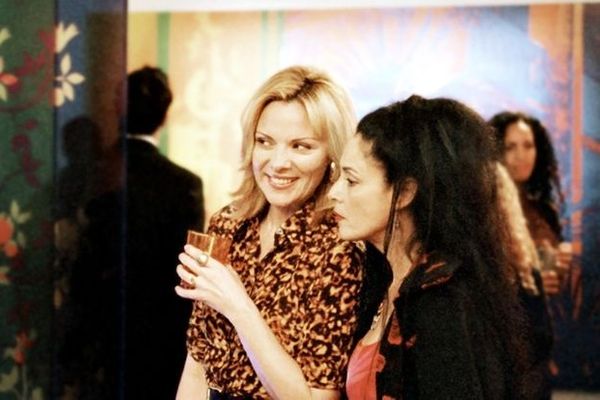