Gwyneth Paltrow and Chris Martin had a pretty bizarre marriage. They tried to keep their relationship really private, but there were always rumors that they were on the rocks. When they finally announced that their marriage was over in 2014, it wasn’t too much of a shock because all of the signs of a breakup were already there. Still though, these two managed to stick it out for 10 years, which is quite impressive. Since it’s been a couple of years since these two threw in the towel, we have 12 things you didn’t know about their relationship:

They met backstage at a Coldplay concert in New York City back in October 2002. His band was on tour promoting their album, A Rush of Blood to the Head, at the time and Gwyneth, who had just lost her father a few weeks prior, attended the concert and was invited backstage to meet the band afterwards. Prior to them meeting, tabloids were already reporting that the two were dating because Chris had said during a concert in L.A. that one of his songs was for his girlfriend, Gwyneth Paltrow. He was reportedly expecting her to show up at that concert and was disappointed when she didn’t show.

A couple of days after announcing that they were expecting their first child together in December 2003, Chris and Gwyneth tied the knot in a secret ceremony in Santa Barbara, California. No family members – not even her mother Blythe Danner – attended the ceremony. After the wedding, they quickly escaped to the Esperanza Resort outside Cabo San Lucas, Mexico, for their honeymoon.

In December 2003, Paltrow and Martin confirmed that they were expecting their first child in the summer of 2004 via her publicist, Stephen Huvane. Apple Blythe Alison Martin was born in May 2004. According to Paltrow, it was Martin’s idea to name their daughter Apple. “When we were first pregnant, her daddy said, ‘If it’s a girl, I think her name should be Apple. Apples are sweet and they’re wholesome, and it’s biblical.’ I thought it sounded so lovely and clean,” she told Oprah. In April 2006, they had a second child, a son they named Moses Bruce, after a Coldplay song Martin wrote for her and her deceased father.

Chris wrote the Coldplay song “Fix You” for Gwyneth. She revealed this in an interview with Howard Stern. “’Fix You’ was about him trying to put me back together after my dad died,” Gwyneth said, before including that he wrote “a few” songs for her. “I think it’s pretty nice.” After her feather’s sudden death in 2002, Gwyneth listened to the 2000 Coldplay album Parachutes a lot, especially the song “Everything’s Not Lost.”

Throughout their relationship and marriage, the singer and the actress would avoid being photographed together or talking about each other in interviews. The “Speed of Sound” singer even freaked out in a couple of interviews when he was asked about his famous wife and once even hit a journalist for mentioning Brad Pitt, Gwyneth’s former fiancée, during an interview with Q. According to them, the reason they wanted this level of privacy was because they wanted to keep that part of their lives private.

Gwyneth told the Daily Mail’s You magazine that she and Chris tried to have a third child, but it resulted in a miscarriage. “My children ask me to have a baby all the time. And you never know, I could squeeze one more in. I am missing my third. I’m thinking about it,” she said. “But I had a really bad experience when I was pregnant with my third. It didn’t work out and I nearly died. So I am like, ‘Are we good here or should we go back and try again?’”

6. His Only Serious Girlfriend

The Oscar-winning actress was the only serious relationship than the “Viva la Vida” singer had had. He revealed this in an interview with CBS Sunday Morning “[That’s] right. I’m in it,” he said. When asked if it was a big leap to go from not having any serious relationships to dating an Oscar-winning actress, he said, “It’s a big leap? What, from being a loser, to going out with an Oscar winner? It’s a giant leap. Let’s face it: it’s like winning the lottery.”

In 2009, there were rumors floating about that Martin cheated on Paltrow with Kate Bosworth at a U2 concert. Sources told Star magazine that two were making out in front of other people at the concert and that the marriage between the rock star and his wife of several years was totally over. Martin threatened to take legal action against Star magazine, but he never sued.

In March 2014, the Shakespeare in Love actress announced on her website, GOOP, that she and her singer/songwriter husband were “consciously uncoupling” after 10 years of marriage. According to People magazine, they had been having problems for a while before they separated and at times had tried having an open relationship. Eventually though, they just grew further and further apart and Martin got tired of pretending that everything was okay, so they decided to consciously uncouple, which was just a fancy of way of saying, “separating amicably.”

Even though Martin and Paltrow had announced that they were consciously uncoupling in March 2010, they really separated back in 2012 – they just did it really quietly. She even went to Johnny Depp for advice on how to do it because he had recently separated from Vanessa Paradis. “Nobody knew what Chris and I had been going through, so I didn’t say, ‘Hey, this is what’s happening,’ but I did ask him mostly children-centric questions, like, ‘How is it on them?’ and ‘How did you do it?’” she said.

While Gwyneth has made it clear that she had wanted to stay married, Chris basically accepted responsibility for the breakdown of his marriage to the actress in interview with BBC’s Radio 1. According to him, he was a mess and just couldn’t enjoy the good things that were going on around him. “If you can’t open yourself up, you can’t appreciate the wonder inside. So you can be with someone very wonderful, but because of your own issues you cannot let that be celebrated in the right way,” he said.

Paltrow and Martin may be divorced now, but they are still a family. He purchased a house on the same street as her; they still vacation together as a family; and he will sometimes spend the night her place to surprise Apple and Moses in the morning. According to Paltrow, her ex is welcome to come spend time with her and the kids whenever he wants. She considers him a good friend and a good husband and he feels the same way about her. 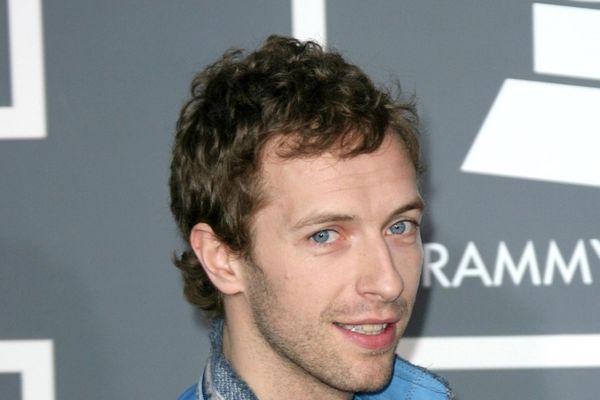