Things You Might Not Know About LL Cool J

LL Cool J is one of those celebrities who really can do it all. He is a popular rapper, an entrepreneur, and author and also happens to be the star of one of TV’s most popular series, NCIS: Los Angeles. He is beloved not only by fans but his fellow stars and is often asked to be the host of events because of his charm, charisma and eloquent yet humorous way of saying things. After a lifetime in the spotlight, it would seem fans know everything there is to know about the talented star, but there is always more! Here are 12 things you probably didn’t know about LL Cool J:

He may best be known as LL Cool J but he was born James Todd Smith. After beginning his music career, which took off quickly, he decided he needed a stage name. He came up with LL Cool J which stands for Ladies Love Cool James. Although it has become an iconic moniker, he actually first called himself J-Ski but gave up on it because so many rappers were calling themselves something with “Ski” or “Blow”and it was quickly becoming associated with the rise of cocaine culture. Upon deciding that he wanted a unique stage name, LL Cool J said he picked “Cool J” because “It seems like cool has been around since the beginning of time,” and as for the “Ladies Love” he said, “I promise you, it was completely wishful thinking. I was a little kid just hoping.” In the end “LL” worked better for marketing, “When we made the records, we decided to make it LL because Ladies Love would look a little ridiculous and a little long on a piece of vinyl.” 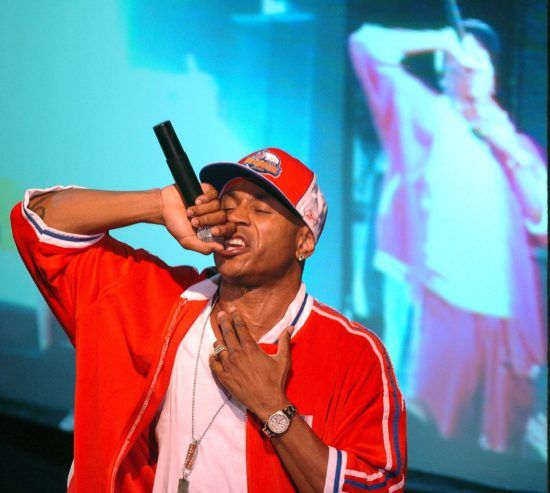 LL Cool James began rapping at only 9 years old and found himself to have a natural talent for it. After years of honing his craft as a rapper, his grandfather ended up giving him up about $2,000 worth of equipment when he was 16 which included two turntables, an audio mixer, and an amplifier. “By the time I got that equipment, I was already a rapper. In this neighborhood, the kids grow up in rap. It’s like speaking Spanish if you grow up in an all-Spanish house. I got into it when I was about 9, and since then all I wanted was to make a record and hear it on the radio.”

With so much success under his belt in many facets of the industry, many forget what an incredible impact LL Cool J’s success had on the music industry, especially hip-hop. After using his equipment from his grandfather to send out mixtapes, he signed with Def Jam by the time he was 16 and his success with his first single “I Need a Beat” along with the Beastie Boys’ “Rock Hard” were the catalyst for Def Jam’s distribution deal with Columbia Records the next year. Additionally, LL Cool J is credited as one of the first hip-hop acts to bring the style into the mainstream and for popularizing the theme of love in raps. Many other very successful artists have credited LL Cool J for influencing their career, including Eminem who said, “I remember the first rhyme I wrote. It was so much of LL.”

James Todd Smith was born on January 14, 1968, in Bay Shore, New York to Ondrea Griffeth and James Louis Smith, Jr. From a young age, rapping became his passion and his childhood slipped by quickly. “I never really felt like a kid, though,” he said. “I remember my eighth birthday, just walking down the street, feeling completely present. By the time I was 17, I had bought my mother a house. That’s bizarre, looking back on it.”

Along with growing up quickly because of his career, he also grew up quickly because of some serious situations in his home life. In 1972, when LL Cool J was only 4 years old, his father shot his mother Ondrea and her father, Cool J’s grandfather Eugene, because he was angered over their divorce. Luckily, both Ondrea and Eugene survived but his father took off afterward to California, and his mom’s new boyfriend became abusive both verbally and physically. Years later, the entertainer opened up about the terrifying altercation between his parents, saying, “I guess it would leave you scarred, at four years old, based on how the people around you dealt with it and encouraged you to deal with it. It was tough.” He added, that his father eventually made his way back into his life. “My family is a very interesting family. My mother forgave my father… He came back into my life and made amends for a lot of things by helping to guide me with my music career early on, and kinda helping me in that area (sic). My father made a massive blunder, but he also did a lot of things right.”

As much as LL Cool J is immortalized because of his music and his contributions to rap and hip-hop as a whole, many more fans have become enamored with him because of his acting. Since he began his impressive music career at only 16, it might be surprising for some to learn that he actually landed his first acting role a year before his first single was released. He actually made a cameo in 1985’s Kush Groove and in 1986 he also appeared in the film Wildcats as a rapper. When it became clear that his talents in acting were going to bring him success as well and as he earned more and more roles in big budget films, he decided to try to separate his careers by going back to his given name in his acting credits, but the change was unsettling for fans. “Am I James Todd Smith now or LL Cool J? Pick a name baby. Pick a name and ride with it. I don’t wanna abandon my identity as LL Cool J, but at the same time, I had to figure out how to let people know that I’m really serious about making these movies. You know when you do 25 or 30 movies and people are still asking you ‘how does it feel making the transition?’ you know you’re not communicating correctly. So I just put the James Todd Smith thing there to let people know I was serious. It’s not like I made it Lawrence Cool J or something!” he said. 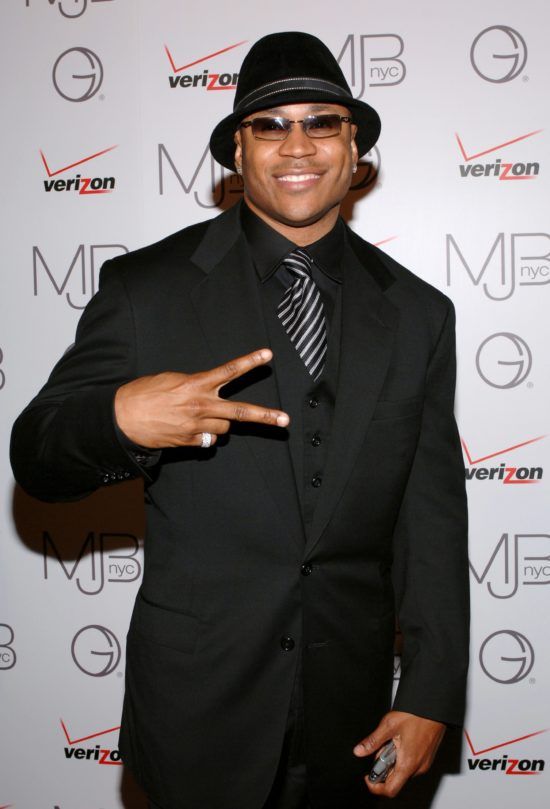 After spending much of the ’90s with focus on his music and his series In the House, Cool J returned to the big screen with two massive films in 1999: Deep Blue Sea and Any Given Sunday. Both films were set to be blockbusters with many stars involved, but behind the scenes of Any Given Sunday, he found himself in a real-life scuffle with none other than Jamie Foxx. Both actors were portraying athletes and things got out of hand when they exchanged blows after a scene became too heated. According to the report, LL Cool J began pushing Foxx, who played his rival in the film, and then punched him in the face even though Foxx had a helmet on. Things continued when Cool J then struck Foxx again in the back of the head which prompted Foxx to retaliate by hitting his co-star in the face. Afterward, Cool J explained that he pushed Foxx to make their rivalry more believable even though it wasn’t in the script, and although they both had minor injuries to their faces, neither pressed charges. 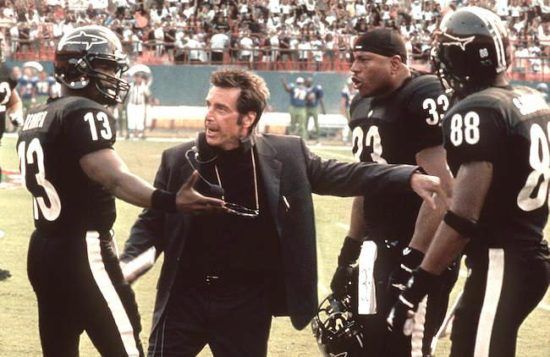 In the early 2000s, LL Cool J contemplated a complete retirement from music but realized he could not leave his passion behind. He has since focused solely on acting but has admitted music is always in the back of his mind in terms of another studio album. “Right now I’m just focused on television,” he said. “Between ‘NCIS: Los Angeles’ and the ‘Lip Sync Battle,’ that takes up a lot of my time. I have no studio plans, but I do a lot of live concerts. I’m definitely out there, on the road, on the weekends, doing the shows, touching the fans directly, giving them that pure original hip-hop.”

With a career spanning three decades and seeing incredible success in both the music and entertainment industry as a whole, it is safe to say that LL Cool J is doing quite well for himself. As of 2018, the star was reported to have a net worth upwards of $110 million, which is thanks in large part to his starring role on NCIS: Los Angeles. For the show, he reportedly makes an estimated $150,oo0 per episode, and has made more than $1 million for several of his major film roles. 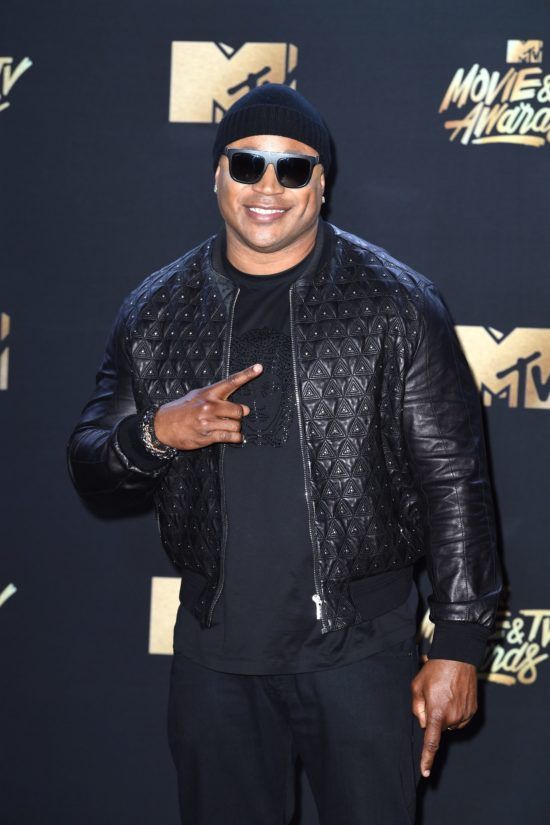 As well as maintaining a career in the spotlight, the beloved star has also maintained a strong relationship with his wife Simone Smith. The pair actually met when they were teenagers back in 1987. “I was just 19, something like that,” he told Jimmy Kimmel about when he met his wife. “It was Easter and I was driving down the block in my mother’s car.” According to LL Cool J, he stopped to say hello to the friend, and the friend said, “Hey, you wanna meet my cousin?” Apparently, LL Cool J was about to decline when he saw Smith. He recalled, “I looked over and said ‘Oh yeah, I’ll meet your cousin.'” The pair went on to date for eight years before they were married on August 7, 1995. Together they share four children, three daughters named Nina Simone, Samaria Leah Wisdom, and Italia Anita Maria and one son named Najee Laurent Todd Eugene. 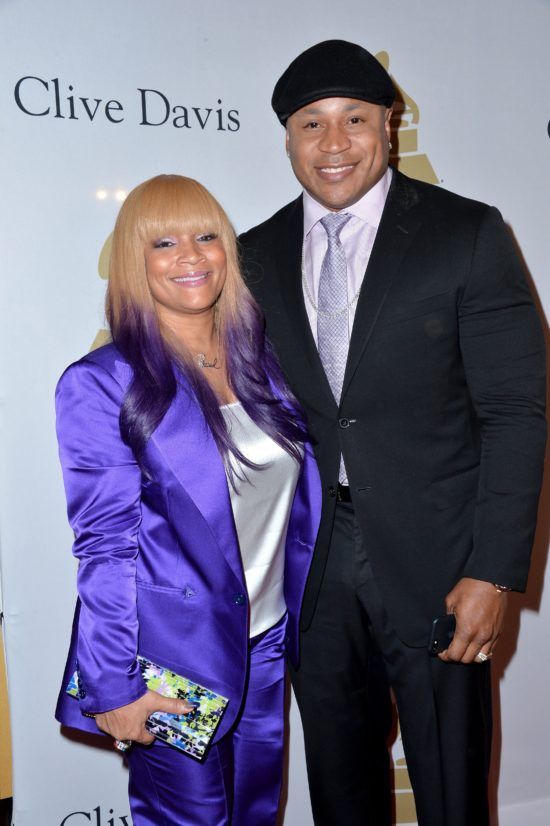 While audiences are used to the star being tough as Sam Hanna on NCIS: Los Angeles, they can expect the same out of him in his real life. Back in the summer of 2012, an intruder tried to rob Cool J’s house at around two in the morning but was thwarted by the star himself. He not only stopped the robbery but was able to hold the suspect until the police arrived and upon taking the suspect to the hospital it was revealed he had suffered a broken nose and jaw at the hands of the star. When asked about his aggressive reaction to the intruder in an interview afterward, Cool J responded,  “It is one of those things, that leave a stain on your soul. You don’t know, what you’ll do to protect your family, until you’re put in that position. You become another person.” 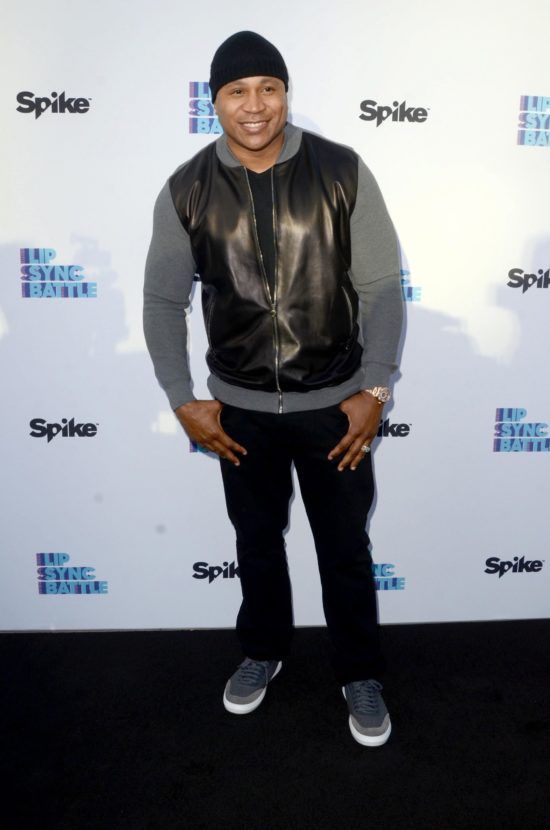 LL Cool J was no stranger to TV when he took on the lead role of Sam Hanna in the major NCIS spin-off NCIS: Los Angeles alongside Chris O’Donnell. As it turns out, he actually had a deal with CBS in place, they just didn’t have the right show to use it on until the spin-off came along. “I had a deal with CBS for about three years, and we were looking for the right show. We tried a few things and they weren’t really right, but when this opportunity came along, I met with [NCIS executive producer] Shane Brennan and we clicked instantly. It felt like the right thing.” As for initially taking on the role of ex-NAVY SEAL Special Agent Sam Hanna, he admitted it was harder than what he expected, “He speaks Arabic and is fluent in a few other languages, and he deals with a lot of technology…. I have my hands full.” 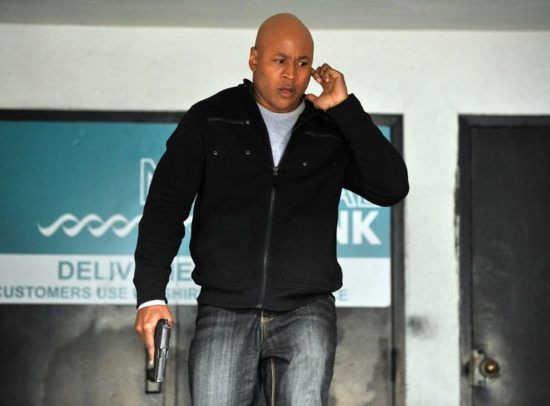 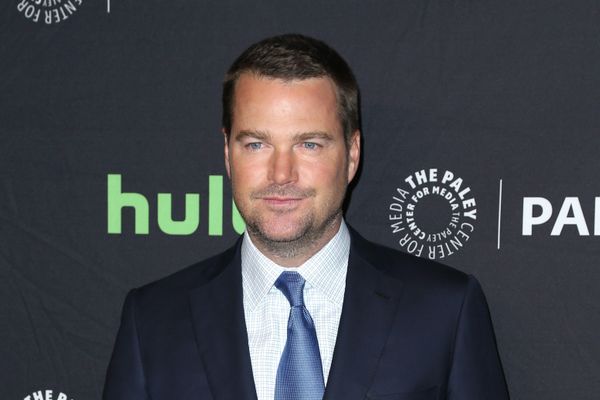