During his marriage to Princess Diana, Prince Charles couldn’t stay out of the press; however, in recent years, he’s managed to keep a much lower profile. While many us feel that we know everything there is to know about the heir apparent to the British throne, there’s still a lot that most people don’t know. Here are 16 things you probably didn’t know about Prince Charles:

For the first couple of years of Charles’ life, Philip didn’t have much to do with him because he was away in Malta serving in the Royal Navy. When he was finally back in Britain, he taught Charles to shoot, fish and swim, but friends of Charles had said that the Duke belittled and even bullied his sensitive son. Philip was worried that his son would become weak and vulnerable, so he tried to toughen him up, but it had the opposite effect.

15. He Was Not a Healthy Child

During his childhood, the young prince suffered from chronic sinus infections. In 1957, he was hospitalized for a tonsillectomy and that same year he caught the Asian flu, but his parents didn’t come to visit him despite the fact that they had been inoculated and couldn’t catch it. When he was 12, he came down with the measles, but his parents were on tour in India at the time.

As a child, Prince Charles was physically uncoordinated, slow and overweight. He was not good at prestigious schoolboy sports such as for rugby, cricket or soccer, which disappointed his father. Despite his mother teaching him to ride at the age of four, he was scared of horses, so he didn’t enjoy riding lessons.

The Prince of Wales was the first heir to the throne to be educated outside of the palace. When he was eight, he was sent to Cheam School in Hampshire, which his father had attended as well. Charles was incredibly homesick at Cheam. In private, he would clutch his teddy bear and weep. His mother and father were aware of how unhappy he was at boarding school, but they kept him there for five years anyway.

12. He Was Bullied and Ostracized at School

At the boarding school Cheam, the prince was bullied. His classmates would make fun of his protruding ears and called him “fatty.” He was also bullied at Gordonstoun. From his first day there, he was singled out as a victim because of his titles and the fact that he was heir to the throne. There were few other students who would talk to Charles during meals or in class.  To anyone who tried to befriend him the other kids would make “slurping” noises.

11. His Relationship with His Mother Was Cold

Even though the Queen is his mother, she wasn’t particularly warm with her eldest son and wasn’t physically affectionate. After she returned from being away on tour for six months when he was five, she greeted him and his three-year-old sister Anne with a handshake. Charles has since described his mother as “not indifferent so much as detached.”

Prince Charles was infatuated with Barbra Streisand. He visited her on the set of the film Funny Girl in 1974 and the two kept in touch afterward. They met up again in 1994 in London when she performed at his Prince’s Trust charity and then again ten months later in Los Angeles at his Bel Air hotel for a “private tea.” At this time, he was married to Princess Diana and she was suspicious of their interactions.

9. Distrust of the Press

The Prince of Wales has always been contemptuous of the media. In 2005, he was caught voicing his dislike of them at a photocall at Klosters to his sons, Prince Harry and Prince William. Thanks to some microphones that were in the snow, he can be heard muttering, “I hate doing this,” and referring to BBC’s royal correspondent Nicholas Witchell he said, “I can’t bear that man. He’s so awful, he really is.” In an attempt to control the damage, Charles’ communication secretary Paddy Harverson blamed the paparazzi for Charles’ sullen mood. “He prefers it when he skis and he just wanted to get up into the mountains. He doesn’t have contempt for the media. A few paparazzi yesterday got the holiday off to a bad start. I think the prince was a little bit upset about that.”

8. When He Realized He Was Going to be King of England

As he was about to turn 21, the prince was asked to describe the moment in his childhood when he realized that he was heir to the British throne. His reply: “I think it’s something that dawns on you with the most ghastly inexorable sense . . . and slowly you get the idea that you have a certain duty and responsibility.” Growing up as a prince wasn’t easy for Charles. One of his most mortifying moments came in 1958 while he was at boarding school when his mother announced in a recorded speech during the Commonwealth Games that she was naming him Prince of Wales. At that point, he already had six other titles and was already having trouble fitting in with his classmates.

According to the book Prince Charles: The Passions and Paradoxes of an Improbable Life, he is a complete Luddite. He doesn’t hit the reply button when he gets an email. Instead, he responds with a handwritten note! Prince Harry makes fun of him for this. He once said, “You’d get a lot more things done if you actually picked up the phone, or — guess what? — send a text message.”

Before his marriage to Princess Diana, Prince Charles was in talks with his great-uncle Lord Mountbatten about a marriage to his granddaughter, Amanda Knatchbull. He wrote to her mother, Lady Brabourne, expressing interest in Amanda, and she approved, but her daughter was only 17, a little too young for a courtship. In 1979, he proposed to Amanda but because Mountbatten along with her paternal grandmother and youngest brother had recently been killed in an IRA attack, she was reluctant to marry into the royal family and rejected his proposal.

5. He Was Not a Great Academic

When the Prince of Wales was accepted at Trinity College, Cambridge University, he had a below average academic record, which should have prevented him from being accepted. While there, he studied anthropology, archaeology, and history, Charles then attended the University College of Wales in Aberystwyth, where he studied Welsh history and language for one term. He completed his degree in 1970 and became the first heir apparent to graduate from university.

4. He Was Close with the Queen Mother

While Charles didn’t have a particularly close relationship with his own mother, he was close with his maternal grandmother, the Queen mother. She would visit him regularly while his parents were away when he was a child. She introduced him to the world of art and music, something Elizabeth and Philip didn’t seem to appreciate. She would also show him affection, giving him the hugs that he didn’t get from his parents.

During his years at Gordonstoun, Charles and the other students would have to go on an all-weather morning run each day followed by a cold shower. Although he despised his time at Gordonstoun, he became so accustomed to cold showers in the morning that he has continued to take one each day, as well as a hot bath drawn by his valet.

Before he married Lady Diana, the prince was encouraged to have as many affairs as he could and his great-uncle Lord Mountbatten even offered up his home as a love shack. Charles had a reputation as a playboy prince, but it may have been greatly exaggerated. It seems that his great uncle was the one playing up the prince’s love life, going so far as to tell the press that Charles was “popping in and out of bed with girls.”

Prince Charles met the love of his life, Camilla Shand, at a polo tournament when he was 23. She joked with him that her grand-grandmother had an affair with King Edward VII. “My great-grandmother was the mistress of your great-great-grandfather. I feel we have something in common,” she reportedly said. Although they began dating, he soon left to serve in the Royal Navy for eight months and once he returned she was engaged to Andrew Parker Bowles. According to Charles, they began having an affair in 1986 when they were both married, but in the mid ‘90s they divorced their respective partners. In 2005, they were married. Prince William served as his best man at the wedding, but the Queen did not attend the wedding. She did, however, attend the reception afterward. 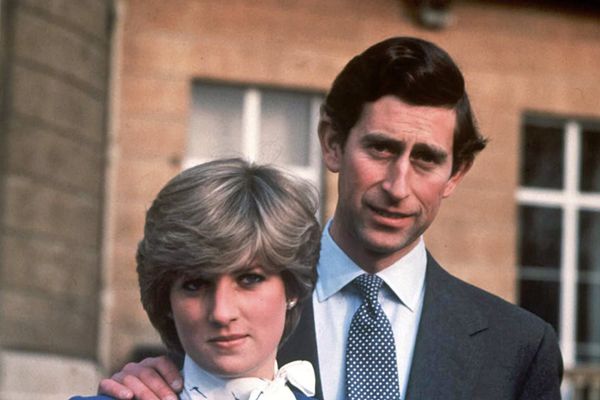 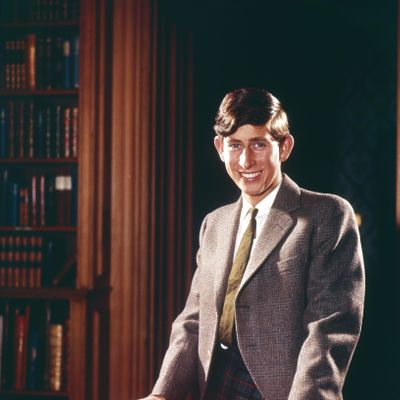