Annette Bening and Warren Beatty have been married for quite some time now. While many were initially skeptical about whether this relationship would last, these two proved everyone wrong. Even though they have been together in what feels like an eternity, there’s still lots that people don’t know about the couple, so check out these 12 fun facts about their relationship:

They met in 1990 when Beatty was looking for a leading lady for the mafia drama Bugsy. He took her out to lunch and almost immediately fell in love with her. “It took about 10 minutes [to fall in love with her]. Maybe five,” he said. He then called the director for the film, Barry Levinson, and told him that he loved Bening and was going to marry her! 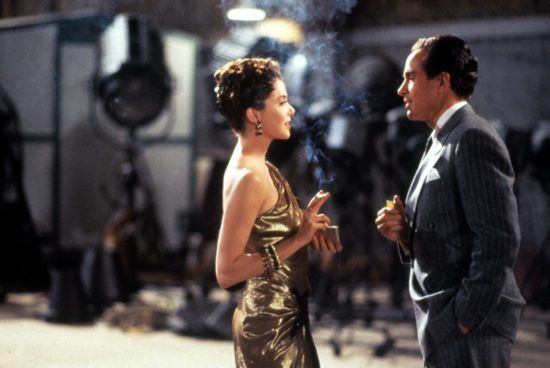 11. When They Almost Met

Before Bugsy, the actor/director had tried to cast Bening in Dick Tracy. She had just co-starred alongside Colin Firth in Valmont and Beatty wanted her for the part of Tess Truehart. Although he set up a meeting with her to discuss the role, she later cancelled. “I asked why and I was told that her ex-husband had a problem in New York and she went to see if she was needed at all,” Beatty recalled. “I was impressed with whoever that was.” 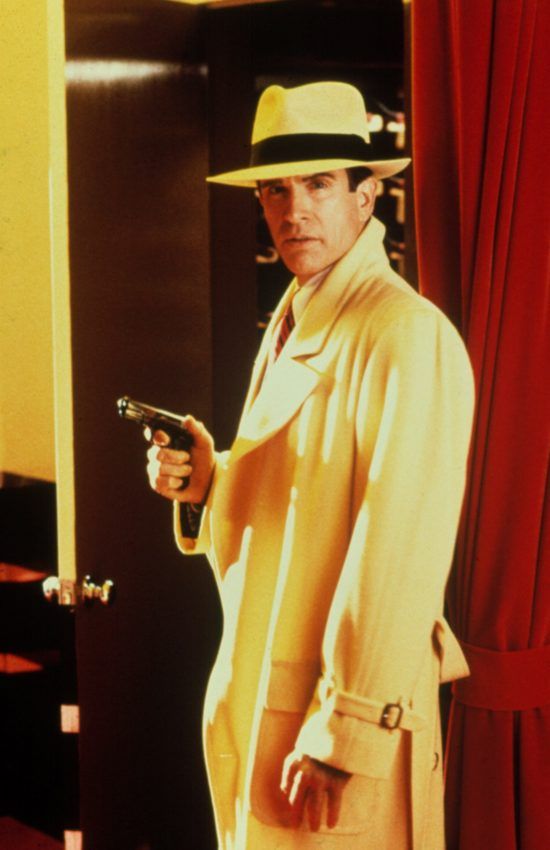 The two stayed friends until just before filming of Bugsy wrapped. Warren invited Annette to dinner and, although she was hesitant, she accepted. After dinner, they back to his house for desert. As they enjoyed ice cream in his kitchen, he asked her if she wanted kids and she told him that she did want children. The two got started right then and there! Less than a month after the film’s premiere, she gave birth to their first child. 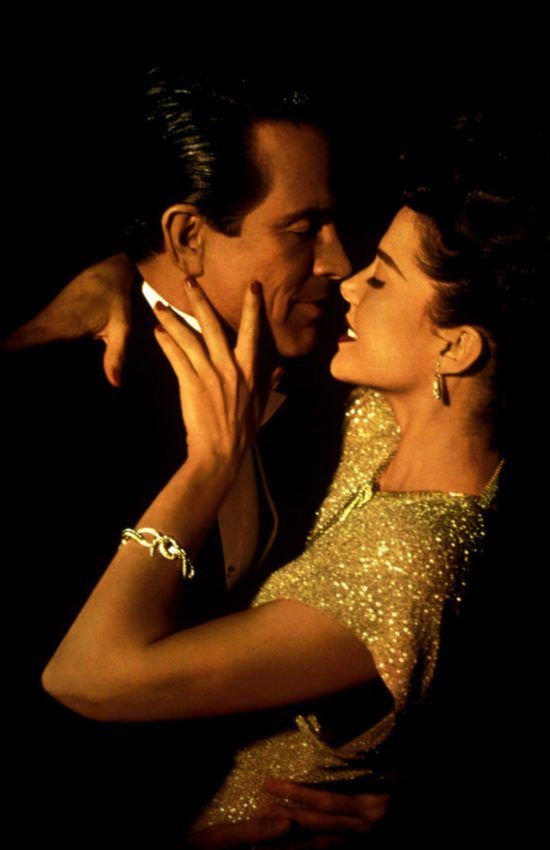 According to the Oscar-nominated actress, she was attracted to the Oscar-winning director because she found him to be “smart and fun and interesting.” He liked her because she seemed so normal and “because she doesn’t behave like an actress.” She didn’t wear jewelry, wore sensible clothes and was really low key. 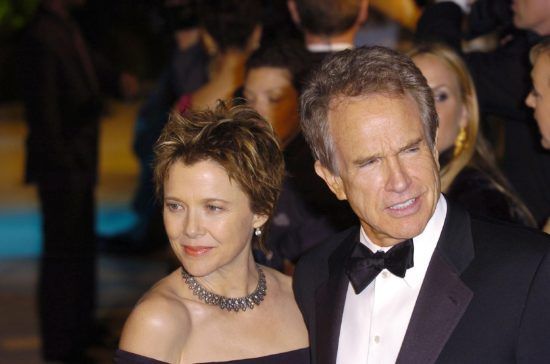 After having four children together, the Shampoo star took a break from Hollywood to raise his children and give them a normal life. He became a stay at home dad while Bening continued to act in one film per year. According to Beatty, the best thing to happen to him are Annette and his four children, Stephen (who was born Kathlyn), Isabel, Benjamin, and Ella. They love bragging about their family. “I became a devoted husband and father 25 years ago, and I have to say they have been the most enthralling years of my life, with our four fantastic kids,” he told People. “We are married now for 25 years, and we have these four, what I like to call small eastern European countries that we negotiate with, and we send ambassadors, and we negotiate, and they’re the best thing that’s ever happened to me – they, and her.” 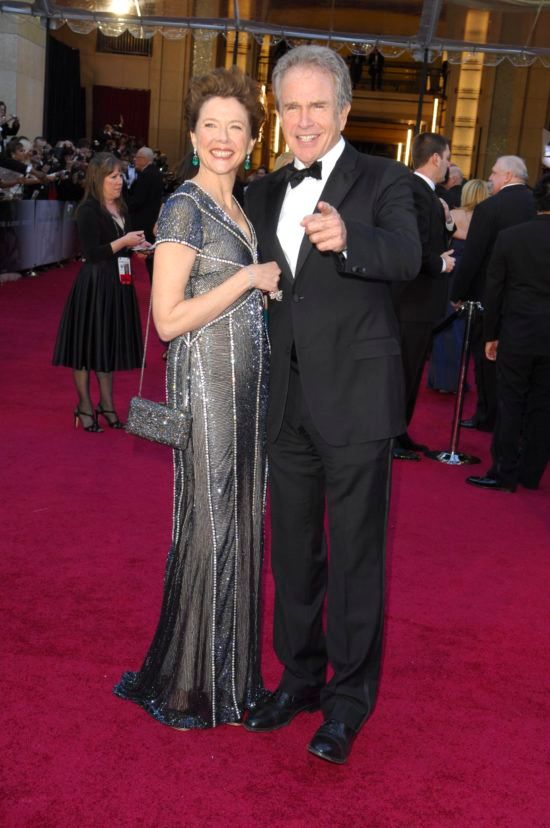 According to the American Beauty star, the actor/director never proposed to her. Instead, they took a more pragmatic approach to their relationship. “He did not, because we both talked about it,” she said. “We’d had a daughter and as we are both from good middle-class Protestant families we felt we should marry. We wanted to make our families happy.” The couple was married on March 30, 1992, two months after welcoming their first child. 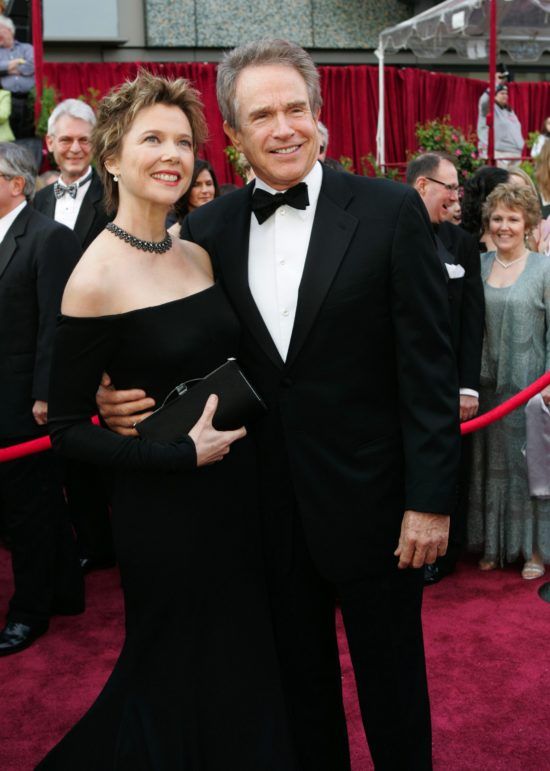 Before settling down with Annette, Warren was a notorious womanizer. He was reported to have slept with 12,775 women, including famous stars like Natalie Wood, Joan Collins, Julie Christie, Madonna and Carly Simon, who is rumored to have written the song “You’re So Vain” about him. While Annette knew about her beau’s reputation as a womanizer, it didn’t deter her from getting involved with him. “I knew about Warren’s reputation as a ladies’ man,” she said. “But I did not start a relationship with him on the basis it was going to end quickly. It was started because I fell in love with him.” 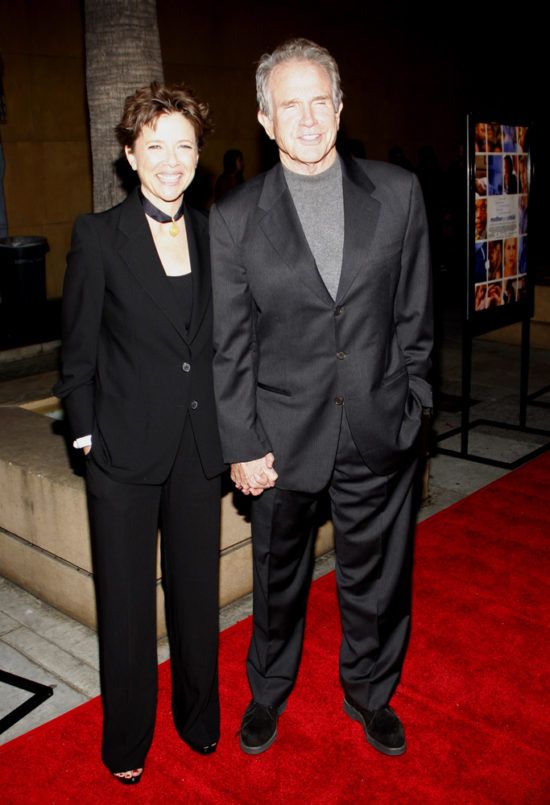 There’s a significant age difference between them – he’s 21 years her senior! When they got together, she was 31 and he was 52, but for them, it was never a problem. “I’m sure everybody that has an age difference in their marriage – with Warren and me it’s 21 years – there are times you just have to address it because you’re at different stages of life,” the actress told Parade. “You need a foundation of fundamental love and mutual respect and understanding. There are so many different kinds of relationships, so it’s sort of difficult to define what is considered normal. My husband and I have very similar backgrounds even though we’re years apart. So there are a lot of things that we basically share.” 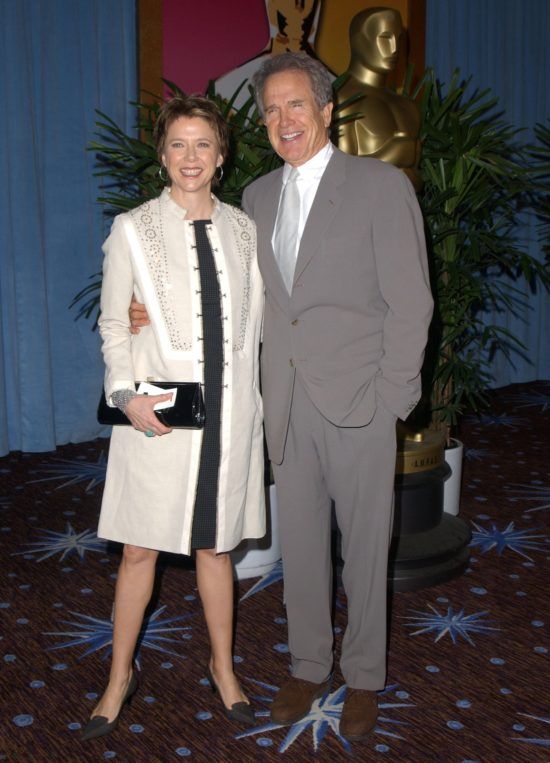 When it comes to communicating with his wife and his children, Beatty is very traditional. He prefers phone calls to texts, so if they send him a text, they’re lucky if you get a response! “He does this weird thing, he likes to talk,” she told Parade. “He likes to talk on the phone, and if you do text him, you get a heart – maybe.” 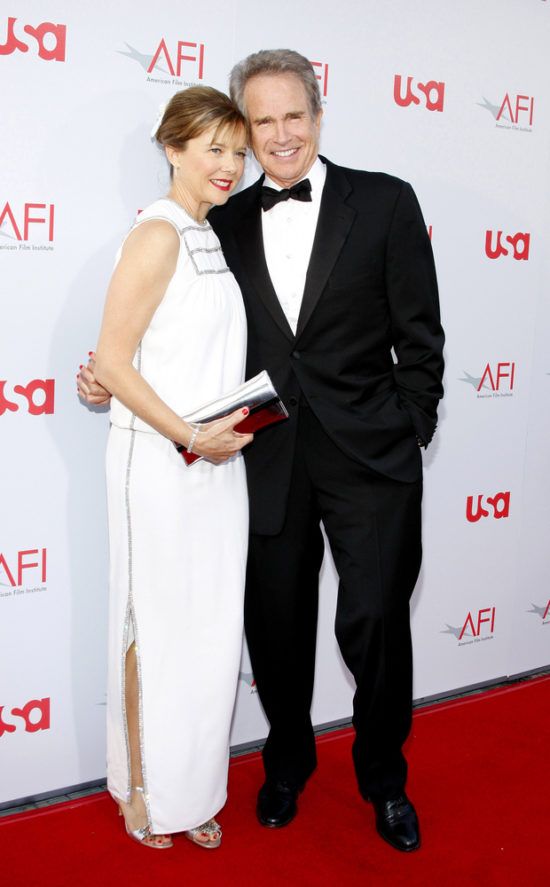 The couple operates on different schedules. While she is more of a day person, he’s a night owl. She’s also much more punctual than him. “think in some ways we’re very different, some ways we’re alike, I’m more impatient and he’s always late. That can sometimes be a problem,” she told Matt Lauer on the Today show. 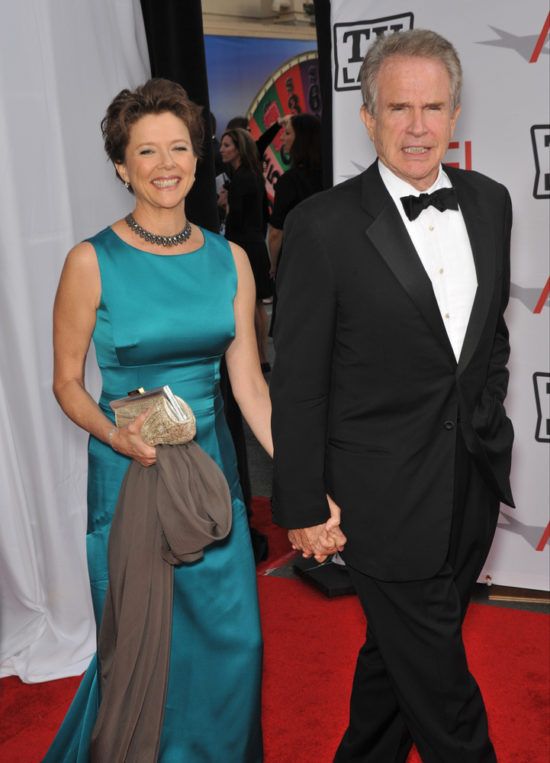 One the reasons that Beatty had never been married prior to meeting Bening was because he was afraid of ended up divorced. “I always felt I wasn’t trying to avoid marriage, I was trying to avoid divorce. I had no doubt when I met Annette that it was time to get married,” he said on the Today show. 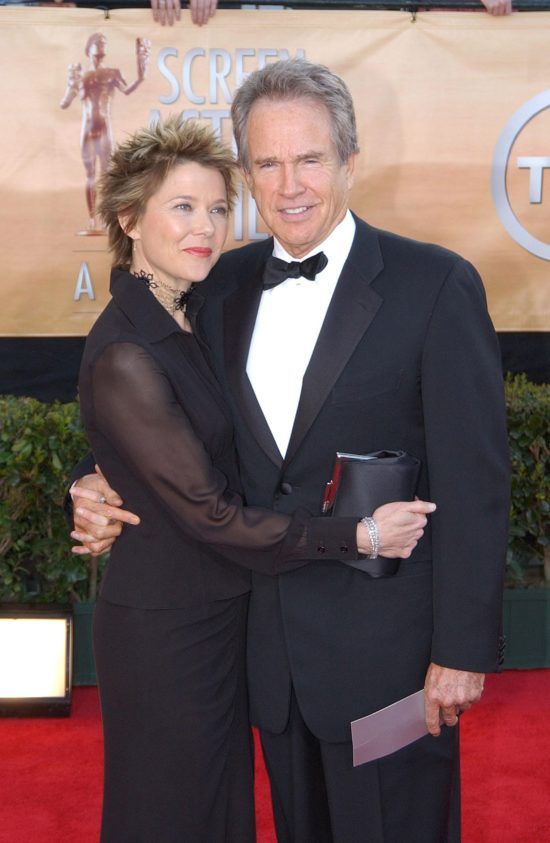 Annette’s marriage to Warren ended up being an issue for some people in her life. “I didn’t consider for a moment how it would affect the people around me, like my friends and family. A friend actually said: ‘Are you sure about this? Can you trust him? Is this what you want in your life?’ I was suddenly the sister or friend who had married Warren Beatty. He was the man who appeared to be the lifelong bachelor. It was the big issue of that moment,” she told Express. 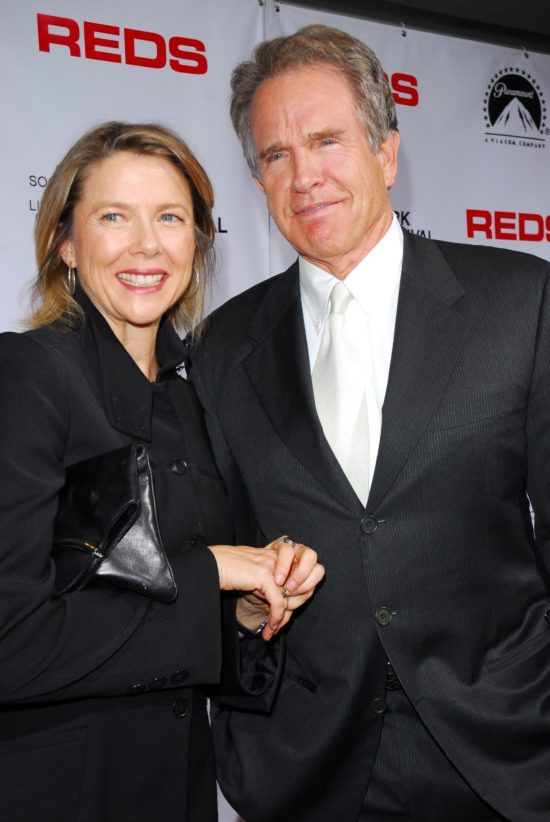 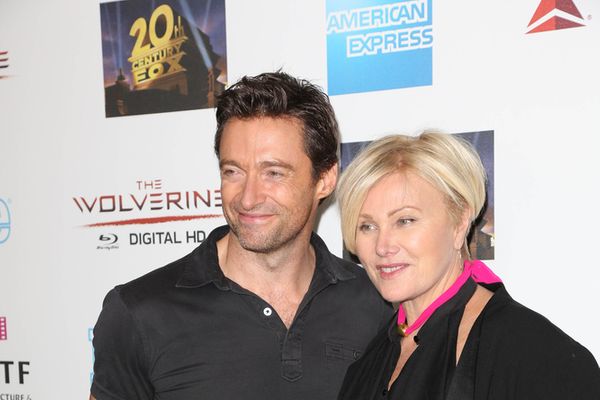