Not all characters who are written off of a series deserve to die. In fact, sometimes it affects the show negatively and other times it just really angers the fans. We have a list of 12 characters who were written off in the way of being killed off of some of our favorite shows and we believe that they really should have been spared that fate.

When Caitlin Todd was shot in the head in the season two finale of NCIS by a terrorist during the last few moments of the episode, fans were angry and took that anger to the internet message boards. Their anger was somewhat subdued when they learned that the actress wasn’t fired but had instead left of her own accord to pursue other opportunities; however, the way the character was killed was a tough pill to swallow for fans who had grown to really care for Todd.

When Caleb Nichol died at the end of season two of a heart attack, it really didn’t seem as though his death would have much of an impact on the show, but this proved to be false. His interactions with Sandy and Kirsten provided so much entertainment and drama during the first couple of seasons that, when he was gone during season three, it became especially evident that without him there something was missing, especially with Sandy and Kirsten’s storylines.

Tara was not one of the most well-liked characters on Sons of Anarchy some of the time. In fact, there are a lot of people who hated her but, keeping this in mind, she really didn’t deserve to get repeatedly stabbed in the head with a carving knife while pregnant – it was just too cruel. She could have been kept around in some capacity even if she didn’t end up with Jax.

9. Will Gardner – The Good Wife

Will Garden was obviously Alicia Florrick’s one true love, and it really seemed as though they would end up together so, when he was shot in a courtroom during season five and died, it was quite the shock. Fans didn’t take it well, so showrunners Robert and Michelle King had to explain their decision. According to them, Josh Charles – the actor who played Gardner – had decided to leave the show to pursue “other creative endeavors,” which meant they had to write him off in such a way that his relationship with Florrick would end. Fans still didn’t agree.

So many people disliked Marissa Cooper as a character and that’s understandable because she wasn’t actually that likable. She was so tortured and always going from one crisis to the next, which got old after three seasons. Unfortunately, her death failed to rejuvenate the flailing series. Season four still focused a lot of time on Marissa and her death and it really felt as though it would have been better to just have her character there. She was an important part of the series whether we liked her or not, and her absence had a profound effect on the show.

Tara was beloved by Buffy the Vampire Slayer fans, so when she was suddenly killed at the end of season six by a stray bullet when Warren was trying to kill Buffy, fans naturally didn’t take it so well. The writing team received a lot of mail from people who were unhappy about their decision to kill Tara, but the show’s creator, Joss Whedon, has maintained that it was necessary for Willow’s character development. She needed to deal with her dark powers and she needed a catalyst, but fans just don’t agree.

Sons of Anarchy killed many characters over its seven-season run; however, Opie’s grisly murder during season five was different. Fans were so upset that Kurt Sutter received death threats. It was a mistake to kill a character that was so beloved by fans, especially when the loss is a huge focus of the following season. Wouldn’t it have been better for everyone to just keep him around? We think so.

Jen Lindley’s death on Dawson’s Creek was just so unfair. The real reason that creator Kevin Williamson killed her off was so that the show would be a true coming of age story and he wanted something to push the other characters into adulthood, so he sacrificed Jen, a character who literally couldn’t catch a break through the six seasons of the show. Giving her a fatal heart condition in the season finale, especially when she had a young daughter, just seemed needlessly cruel. She didn’t need to die – it was a choice and a bad one at that.

Buffy’s mom Joyce was her rock. No matter what evil came and went in Sunnydale, she always had the love and support of her mom. When Joyce suddenly died of a brain aneurysm during season five, it was s complete shock for fans. According to Buffy the Vampire Slayer creator Joss Whedon, he was planning to kill her as early as season three. His mother had died of a brain aneurysm and he wanted to capture the characters’ various responses to death on the show. Still, fans would probably have preferred that Buffy had not lost her mother.

When Erinn Hayes was suddenly let go after one season on Kevin Can Wait, fans were outraged. Her character, Donna Gable, who played Kevin James’ character’s wife, was killed off the series so that Leah Remini, James’ co-star from King of Queens, could join the show as a series regular and a love interest for Kevin Gable. James has claimed the reason for the cast shakeup was that the writers were out of plot ideas, but not all fans bought that excuse and some called for a boycott of the series.

Keith Scott was dearly loved by fans and by other characters on One Tree Hill. His father-son relationship with Lucas was particularly endearing and fans were rooting for him and Karen to finally get together, which they were in the process of doing when he was killed off the show during season three. As if his death wasn’t hard enough, fans then found out that Karen was pregnant with his child! Keith still made some appearances on the show following his death, but fans would have much preferred had he lived.

Grey’s Anatomy creator Shonda Rhimes has killed off a number of characters during the show’s tenure; however, few have managed to devastate fans the same way that Derek Shepherd’s death did. Having him get hit by a truck after he saved four other people following a terrible crash was such a shock and fans were so upset that they launched a petition to bring McDreamy back; however, Rhimes maintains that she didn’t have any other option. He had no go and she couldn’t have him walk out on Meredith, so he had to die and leave fans devastated. 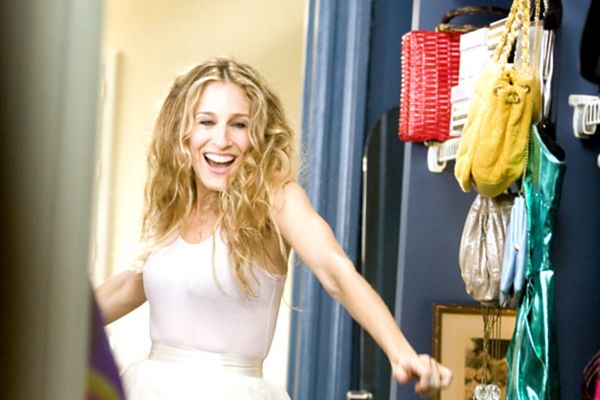 Cool Keepsakes Actors Stole Off The Set Of A Show