Even the best of shows can have a weak season, but what about the shows that let their fans down by ending with a really terrible season? We’ve collected a list of 12 shows that had unforgivably bad final seasons. Given how good the rest of the seasons were, this really shouldn’t have happened!

Weeds really could have ended at the end of season three when Agrestic burned to the ground, but instead it managed to go on for another five seasons. While season four was much darker than season one through three, it still had the same humor, but that changed with season five. The humor was gone; the storylines were ridiculous; and some really great characters just disappeared. While season five, six, and seven weren’t that great, season eight was by far the worst. Many of the episodes were forgettable and then the finale tried to wrap things up by giving fans a happy ending that they didn’t really want.

When True Blood first premiered in 2008, there was nothing like it on TV. It was considered, sexy and witty and received positive reviews for the first five seasons. However, after showrunner Alan Ball left the series after season five, something changed. The quality of the scripts, production values, and even the acting seemed to go downhill and this was especially apparent during the show’s seventh and final season. Ending the show with Jessica and Hoyt getting married, Bill dead, and Sookie pregnant and married to some everyday guy made it seem like the writers were trying to tie up loose ends and it just didn’t jive with viewers.

Scrubs should have ended after season eight. In many ways, season nine just felt like a new show. Zach Braff was gone. A bunch of new characters were introduced (some of whom were popular), but overall, it just wasn’t the same. Ratings dropped and naturally the show was cancelled. The only way to appreciate this season is to pretend like that it is a whole new show.

Most fans Dexter fans will agree that the first few seasons were the best and that the quality began to slip after season four; however, the show’s final season was definitely the worst. It had been building momentum all through season seven and then in season eight it was all wasted thanks to a bunch of unmemorable episodes and a really bad series’ finale. The show really could have been saved if the writers decided to end the show with Dexter being killed, but instead he decides NOT to be a serial killer and goes off and becomes a lumberjack. As a result, fans felt like they were Dexter’s final victims.

8. How I Met Your Mother

How I Met Your Mother fans are probably still bitter over the show’s finale, but it wasn’t just the finale that sucked, it was the whole final season. One of the big issues was that fans felt mislead. The mother had such a large role during season eight and she died just a season later. Then there was a ton of focus on Robin and Barney’s wedding – which lasted a hot minute before they were divorced! Finding out that all along it wasn’t a story about the mother and Ted’s relationship and was actually the story of how Ted met and fell for Robin felt like a cop-out.

Gilmore Girls’ seventh and final season is considered the worst season of the show. The show’s creator and writer, Amy Sherman-Palladino, and her husband Daniel Palladino, who was also a writer, left the show over a salary dispute at the end of season six and a new team was hired to keep the show running for season seven, but it just wasn’t the same. The dialogue changed and the characters did too. Lorelai barely talked for the first couple of episodes and then she found solace in Christopher’s arm. Most shocking of all, she married him! While some people love season seven, most people loathe it because it just doesn’t fit with the other six seasons.

Season seven was easily Californication’s weakest season. Considering it was the last season of the show, one would think that it would want to go out with a bang, but it instead went out with a whimper. One of the best parts of the show was missing for a good chunk of it (Karen) and introducing a long-lost son for Hank was a huge mistake, especially considering how annoying Oliver turned out to be. One of the big things that fans had been waiting for was to see Hank and Karen finally get together and we had to wait to the final episode and the scene was hardly gratifying because it didn’t feel genuine.

Veronica Mars was a great show, and while critics loved it, it was never a ratings success. The first two seasons of the show were especially strong with really compelling season-long mystery arcs; however, season three was disappointing in comparison. The format had changed to include two separate mysteries and the second mystery was never actually resolved because the show was abruptly cancelled following its hiatus in February 2007. There was also a shift in the show’s tone in season three. It was lighter than the first two seasons, which really impacted Logan’s character, who had always had a dark side that was now gone.

The Killing needed the fourth season because the season three finale ended with such a cliffhanger – Linden killing her boss/lover after discovering that he is the serial killer that she and Holden had been looking for. During season four, a new mystery was introduced involving a murder and an all-boys military academy, but it proved to be less compelling than the other mysteries. As if that wasn’t bad enough, the ending to the series was even worse because Holden and Linden decide to start a relationship! While they had great chemistry as colleagues, them deciding to become romantically involved doesn’t make sense given how dark and moody the show was. It really didn’t need syrupy sweet ending like this.

When That ‘70s Show lost two of its lead characters, Eric Forman and Michael Kelso, it was probably a really good time for the show to end. Instead, a new character, Randy, was added, and he went down in history as being one of the worst replacement characters. Season eight was so boring compared to the other seven seasons and so many ridiculous things happened, like Jackie hooking up with Fez and Donna and Eric breaking up off-screen and then Donna falling for Randy. It was just too ridiculous and clear that the show had jumped the shark.

The first two seasons of The O.C. were the best and then, during season three, things began to go downhill. After Marissa died in the season three finale, fewer people tuned in for season four, which was a good thing because the storylines became even more ridiculous. Ryan became a cage fighter and is obsessed with avenging Marissa’s death; Summer became an environmentalist while at Brown and got kicked out; Seth had nothing going on and was stuck in Newport; and suddenly Caitlin was a big part of the show but she proved to be less interesting than her dead sister. When the show was cancelled in January 2007, it was considered a good thing because everyone had already tired of the once promising show.

The sitcom Roseanne was incredibly popular during the ‘90s and was praised portraying the average American family realistically; however, all of this changed with the show’s ninth season, which did not fit with the rest of the show. To begin with, Roseanne wins a whopping $108 million through Illinois State Lottery, effectively taking the family out of the middle class. Then, in the series finale, we find out that the family didn’t win the lottery and that Dan died in season eight when he had his heart attack and that Roseanne created this alternate reality to cope with the death of her husband. There are good reasons for why this show went down in history as being one of the worst final seasons in the history of television. 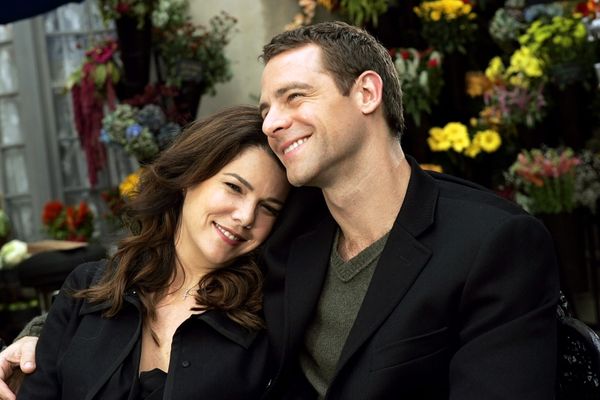 The 7 Worst Seasons Of The Best Shows