Live TV, especially live awards shows, can be some of the most entertaining stuff on television, and not because audiences get to see unedited and at times unfiltered reactions from their favorite stars, but because even the best-planned events go awry. From music awards to the Golden Globes and the Oscars, even the most well thought out events and planned out teleprompter speeches can’t stop accidents from happening. There have been some small and some rather huge mishaps at awards shows over the years by some of the biggest stars and a lot have happened in recent years! Take a look back some of the biggest and memorable and awkward live award show mishaps from the 2000s:

In 2016 it was disappointing and embarrassing that Oscars So White was even viable creating some of the biggest Oscars drama of recent years. The hashtag “Oscars So White” immediately began trending after the nominees for the 2016 Academy Awards were announced and it was quickly noticed that everyone in the Best Actor, Best Actress, Best Supporting Actor and Best Supporting Actress categories were all white. The outrage was not only from the public either, as the lack of diversity in the four major categories incited a boycott from stars such as Will and Jada Pinkett Smith. It was a huge oversight for the academy and a sad truth to be faced within the year 2016.

It has now been several years since audiences endured Anne Hathaway and James Franco hosting the Oscars in 2011, but it is still as memorable as ever. Almost any clip from their joint hosting that year is cringeworthy, even looking back on it years later. For many, the disaster of them hosting was even more disappointing because for once two young, major stars of the time were chosen and had the credentials to back up why they should be entertaining hosts. For two award-winning actors, they couldn’t fake through not having any chemistry, and Franco certainly didn’t even try to pretend he actually wanted to be there. Having these two host was a huge disappointment and was extremely painful to watch.

Kendall Jenner isn’t an actress or a performer and really isn’t even that present on her family’s reality show, so when it came time for her to present a band at the 2014 Billboard Music Awards, it didn’t go well. The model was supposed to be introducing the pop band 5 Seconds of Summer to the stage but was instead thinking of One Direction and began to say the wrong band name before she stopped herself. While it wouldn’t have been so bad if she had just stopped and then said the correct band name, she instead stopped, had an awkward silence, laughed, and told the audience she isn’t the “best reader.” In the end, she never officially introduced 5 Seconds of Summer and, instead, the cameras just panned away from the incredibly awkward moment as the band started playing.

10. Brooke Shields at the Tony Awards

The Tony Awards are often the most entertaining major award show of the year, but it seems Brooke Shields couldn’t handle the pressure. During his opening act as the host of the 2011 Tony Awards, Neil Patrick Harris went out into the crowd talking to some of the stars before he came upon Brooke Shields saying, “she’s so hot she made me think I was straight for like 23 years,” and asked if she had any comments. The whole thing was a lead in for Shields’ to sing part of the opening number after performing in Broadway’s The Addams Family, but it didn’t go as planned. Harris, the rest of the audience and viewers at home watched in complete embarrassment for the star as she attempted to sing the verse several times and became increasingly flustered. Although she stuck it out until the end, there wasn’t anybody nearby who wasn’t cringing by the time she was done.

Following the Oscars So White controversy in 2016, there was less drama surrounding the following year’s show but there was still some embarrassing blunders. A continuous fail throughout the night surrounded two movies, Hidden Figures and Fences. Both films were up for awards and had African-American leads, but it seems nobody could get the titles straight. The red carpet pre-show had multiple hosts referring to Hidden Figures as “Hidden Fences,” something that continued when Michael Keaton presented nominees for best picture and continued to refer to the film as “Hidden Fences.” With so much excitement for the Oscars So White controversy not repeating with some great African American led films and African American stars being nominated, the fact so many got both films mixed up with each other was awkward and extremely disappointing.

8. Michael Jackson’s Artist of the Millennium

The MTV Video Music Awards have always been one of the wildest awards shows in the industry and for all the scripts, and plans, there is still no telling what is going to happen. In 2002, the MTV VMAs happened to coincide with Michael Jackson’s 44th birthday, so Britney Spears was given the honor of presenting him with a special gift and cake to honor the music legend. Unfortunately during her introduction, she referred to Jackson as the “artist of the millennium” which caused him to believe he had won some new award and he even said in his speech, “If someone had told me that one day I’d be accepting the artist of the millennium award, I wouldn’t have believed them.” He went on to thank many people, all while no one had the heart to tell him it wasn’t an award at all. It was incredibly awkward, but mostly a massive mishap on the part of the VMAs and Britney Spears because they made his gift looked way too much like a Moonman award statue, and Spears introduced it like an award, not a birthday celebration.

Actress Jennifer Lawrence has always prided herself on being one of the most down-to-earth and relatable actresses in Hollywood, but sometimes her clumsiness even surprises fans. In 2013, Jennifer Lawrence was nominated for her second Oscar ever, but this time took home the big win for Best Performance by an Actress in a Leading Role for her part in Silver Linings Playbook. At the time Lawrence was Hollywood’s “It” girl and all eyes were on her quite literally as she went to accept the huge award. To the horror of Lawrence and everyone else, the actress tripped over her dress while climbing the stairs and it quickly became known as one of the most memorable Oscars fails of all time. Naturally, Lawrence shook it off and continued to accept her award with grace and charm, but when she returned the following year and tripped on the red carpet, she solidified herself as the girl who trips at the Oscars.

Countless actors and actresses start their acting career in improv groups and in theater so fans always assume they think on their feet much quicker than they do. Salma Hayek and Paul Rudd’s talents are endless, but the pair became quite baffled at the 2013 Golden Globe awards when they were presenting the award for best TV drama and their teleprompter malfunctioned. Rudd attempted to improvise with, “Hello…How’s everybody doing? Good? All right, great.” Hayek tried to pick up the pieces with, “Okay, something about the best, uh…” and it was hard to watch as the two stars stumbled over what to say without their script. Luckily they were saved by a timeout as the pre-recorded voiceover began to roll out the nominees. It’s hard to watch something so embarrassing happen to two stars at such a big event, but it is also embarrassing when they can’t even come up with something at all on their own.

Sometimes mistakes at major awards shows in the entertainment industry are a lot more than just awkward or embarrassing. At the 2011 BET Awards, a huge error was made when the Viewers’ Choice Award was given to Chris Brown when in reality the winner was Rihanna. The whole thing only kept getting worse. First of all, the presenter was a fan who had won a contest to present an award. She had to awkwardly correct herself, saying it was actually Rihanna and Drake who won for “What’s My Name,” and given the past between Rihanna and Chris Brown it made many incredibly angry. In the end, BET later tweeted that Chris Brown actually HAD won, and many believed the whole thing was a publicity stunt because of Chris Brown and Rihanna’s public relationship, breakup and domestic abuse case, which if true would have been horrible.

While Miss Universe isn’t an awards show like the Golden Globes, VMAs, or Oscars, there is still a winner and millions watch, meaning millions saw one of the biggest and most talked about live TV fails of all time. At the 2015 Miss Universe pageant, it all came down to Miss Philippines and Miss Colombia, and Steve Harvey incorrectly named Miss Colombia the winner. After some awkward moments, Harvey had to return to the stage, explain the mistake and take the crown away from Miss Colombia. Even looking back on it years later, it is difficult to watch and went on to be one of the most buzzed-about live TV mishaps of all time.

John Travolta had a couple of incredibly awkward years at the Oscars, beginning with the 86th Academy Awards in 2014. The iconic actor took to the stage to introduce singer Idina Menzel in order for her to perform her smash hit “Let It Go” from Frozen. What should have been a common introduction turned into a massive mishap when it became clear he hadn’t attended rehearsals or at the very least even memorized the singer’s name. Travolta then proceeded to introduce her as Adele Dazeem, and didn’t correct himself. To this day, no one knows why he called her Adele, and it remains one of the most memorable awards show mishaps of recent years.

The 2009 VMA Awards had not only one of the most incredibly awkward and shocking live awards show fails of all time, it had one of the most awkward entertainment industry moments ever! After Taylor Swift won the award for Best Female Video, Kanye West took the stage with his infamous, “Imma let you finish but Beyonce had the best video of all time,” speech. Swift at first thought it was all part of the show, and then it dawned on everyone what Kanye was doing. There were boos and a lot of shock from the audience, viewers at home and even Beyonce herself. Almost 10 years later, the moment is still iconic and known as the start of one of the biggest celebrities feuds of all time.

If the 2015 Miss Universe pageant mistake wasn’t bad enough, something similar happened at the 2017 Oscars. Warren Beatty and Faye Dunaway presented the award for Best Picture and happily confirmed it was La La Land, but Moonlight was the real winner. After a few moments, someone took to the stage to clarify that Moonlight was the actual winner as La La Land producers were already midway through their acceptance speeches. Jordan Horowitz, another La La Land producer, then took the mic to clarify. “This is not a joke,” he said “Moonlight has won Best Picture. Moonlight. Best Picture.” There was confusion and shock as the cast and crew of both films met on stage, with no one quite clear what was actually happening. It was later revealed that one of the biggest award show mishaps all came down to the accounting company in charge of keeping the winning envelopes safe and handed out correctly. When Beatty didn’t know what to say after opening the envelope it was because it said Emma Stone, La La Land and was, in fact, the envelope from the actress winning Best Actress moments before. Dunaway misread Beatty’s pause as a joke and incorrectly just read La La Land as the winner. 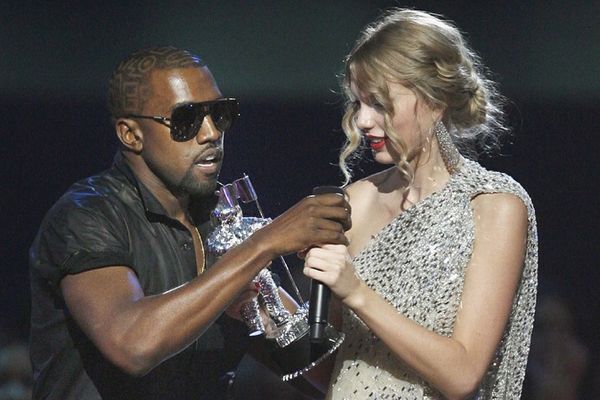