14 Celebrities Who Proved Time Apart Can Help A Relationship

The road to happily ever after isn’t always smooth sailing, especially in Hollywood, and sometimes it takes a step back to help move things forward. Whether it’s at the beginning of the relationship or after a decade of marriage, time apart can sometimes help and we have the proof to back it up! Here’s a list of 14 celebrities who proved time apart can help a relationship!

Suits star Patrick J. Adams started dating Pretty Little Liars actress, Troian Bellisario, in 2009 after they worked together on a play in L.A. called Equivocation where Bellisario was cast as his love interest. This was the beginning of their relationship, but their hectic schedules forced them apart for long periods of time and made their relationship increasingly difficult. They briefly broke up in 2010, but Adams wasn’t about to let the relationship go. He pulled out all the stops to win her back, including auditioning for a guest role on her show! This is why he shows up in season 1’s episode “Reality Bites Me.” His grand gesture worked because they were engaged in 2014 and married in December 2016!

Real Housewives of Atlanta star NeNe Leakes and her husband, Gregg, got married over 20 years ago in 1996! They had a successful marriage for a long time, but when she started filming for RHOA, things started to go downhill in season 3. It seemed the last straw happened when Gregg spoke badly about NeNe on the radio. They separated in 2010 and he filed for divorce in April 2010. The divorce was finalized in September 2011, but after season 4 wrapped up filming, the two announced they were back together and re-engaged in January 2013. Their second wedding took place on June 2013 and was filmed for a spin-off on Bravo. NeNe has since said the break-up was necessarily for them to move forward. “We needed to break up. I needed to see what else was going on. He needed to see what else was going on. I think we both learned a lot and I’m happy we found our way back to each other.”

A-list couple Catherine Zeta-Jones and Michael Douglas suffered a brief blip in their now 17-year marriage back in 2013 when they separated for a short period of time. Neither ever filed for divorce during their split which is a good thing because they’re now back together and raising their two children Dylan, 16 and Carys, 14.

Josh Lucas and Jessica Ciencin Henriquez went so far off track they actually filed and finalized a divorce and then over a year later decided to get back together! Their relationship moved fast from the start. They got engaged after six weeks of dating and were married in 2012. During their time together they welcomed a son named Noah, and battled through her cancer diagnosis, but it proved to be too much too soon and their divorce was finalized in Oct. 2014. Not long after Lucas and Henriquez moved back in together in 2015, they began making public appearances as a family. While they have not made any commitments to get remarried, the couple are reportedly working on things.

When “Wrecking Ball” singer Miley Cyrus and Liam Hemsworth broke off their engagement in 2013, many people thought it would be for good because Cyrus’ career was changing rapidly as she quickly painted herself as a controversial star and did her best to distance herself from her previous image, which included Hemsworth. After a three year split and a few weeks of speculation, Cyrus and Hemsworth shocked us all getting back together in January 2016. Not only that, but they were also re-engaged! In recent interviews, Cyrus admitted their break-up was necessary in order for her to go through those changes, but now that it’s over and they are back together she’s working on bettering herself and “evolving” which means she’s officially quit doing drugs.

The singer and her motorcross husband Cary Hart split up after two years of marriage in 2008. Luckily, they never actually followed through with any divorce proceedings because in 2009 they were back together and “dating,” but then broke up again for 11-months. Thankfully, after a seemingly up and down relationship, they managed to patch things up and got back together for good. Pink has since admitted that, although they’d broken up several times, neither of them ever gave up hope (hence why they never actually filed for divorce). She credits counselling as what saved their marriage. They welcomed their first child, a daughter named Willow, in 2011 and a son named Jameson in December 2016.

Brian Austin Green and Megan Fox have a long history together as their on-again-off-again relationship now spans over 13 years. The first break-up came in February 2009 after being engaged for nearly four years, but it didn’t take long for them to publicly announce they were back together. In June 2010 they were officially re-engaged and secretly wed two weeks later in Hawaii. They welcomed their first child, Noah, in 2012 and another son named Bodhi in 2014. After 11 years together and two kids, Fox filed for divorce in August 2015. Eight months after their split, Fox announced she and Austin were pregnant with their third child. Since welcoming their son Journey in August 2016, the couple have decided to give their marriage another shot.

The Bring It On actress began dating NBA player Dwyane Wade in 2009, but split up sometime in early 2013. During their split, Wade reconnected with an old friend, who then became pregnant with his son, Xavier, who was born in November 2013. Despite being broken up, the two were continuously supportive of each other. During an appearance on The Tonight Show, Wade said: “We supported each other, but we took a step back for a little while. At the end of the day, we came back together and said, ‘Listen, we want to continue this. We want to try to continue to get better each day.'” Wade and Union reconciled their relationship and became engaged in December 2013, a month after the birth of his son. They got married in August 2014 and have been together ever since!

Reality star Kristin Cavallari called off her engagement to former Chicago Bears quarterback Jay Cutler in July 2011 after a year of dating. She credits the cold feet to it “not feeling right” at the time, and went so far as to return all of their engagement gifts to friends and family. In her book, Balancing in Heels: My Journey to Health, Happiness and Making It All Work, she said, “A few things needed to change, and I knew the only way Jay would see how serious I was, was if I ended the relationship.” Like many others, their relationship was saved with couple’s counselling. The reconciled in January 2012 and tied the knot in 2013. They now share three children together, Camden, 6, Jaxon, 3, and Saylor, 18-months.

Alex Pettyfer, who’s best known for his role in Magic Mike, announced his split from model Marloes Horst after a two year relationship back in March 2016. The couple revealed their hectic schedules were the reason behind their split. They were apart for nearly a year when they rekindled their romance in January 2017. Pettyfer and Horst were spotted holding hands in Beverly Hills and although they have never confirmed their relationship, it’s pretty obvious from their pictures on social media!

Justin Timberlake and Jessica Biel are a picture perfect couple, but not even their relationship was without its doubts at one point. They’d been dating for four years when they announced their split in March 2011. Not surprisingly, their break was quick and the two were back together in August of the same year and then engaged a few months later in December! Timberlake and Biel are now happy parents to a son named Silas, who was born in April 2015.

It took dating someone else for the Maroon 5 frontman to realize the Namibian Victoria Secret model, Behati Prinsloo, was the one for him. The two started publicly dating in July 2012, but almost a year later in May 2013 news broke that the two had split and Levine had already moved onto supermodel Nina Agdal. It didn’t take long for Levine to realize the mistake he’d made and by July 2013 not only was he back with Prinsloo, they were engaged! They got married in 2014 and welcomed a daughter, Dusty Rose, in September 2016.

Fans of the Grey’s Anatomy actor were shocked when his make-up artist wife of 15 years, Jillian Fink, filed for divorce in January 2015. Luckily for these two, Dempsey was not about to let his marriage end without putting up a fight. Instead of hastily following through with the divorce, the couple began attending counselling and, according to Dempsey, the fear of losing his family caused him to re-evaluate his priorities. He began to focus more on his family and less on his work and car racing, a long time hobby of his that was rumored to be the reason behind his break-up. In May 2016, Dempsey announced he and his wife were back together after more than a year of pending divorce proceedings.

After almost three years of dating, 98 Degrees singer Nick Lachey and his then-girlfriend Vanessa Minnillo broke up in June 2009. They started dating in 2006, the year after his public divorce from Jessica Simpson. It seemed these two were meant to be together because two months later they were back together and spotted kissing while out and about in L.A. They were engaged in November 2010 and got married in July 2011. They now have three children, a son named Camden, 4, daughter named Brooklyn, 2, and another son named Phoenix who was born in December 2016. 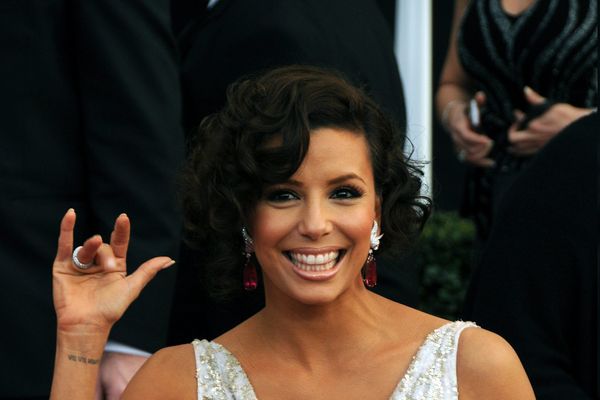