15 Celebrities Who Have Attacked The Paparazzi!

Some celebrities seem to have major problems with the paparazzi. Instead of just ignoring them and letting them have their pictures, these stars feel the need to attack them or steal their equipment, which can create some major legal problems for the celebs. Here is our list of 15 celebrity who have attacked the paparazzi!

Lamar Odom was caught on video this past year going through a paparazzo’s car and then throwing the contents onto a busy street. The former NBA star also hit another photographer’s car with a metal jack and, before leaving, put all of the destroyed camera gear into his car. The paparazzo ended up suing Odom for assault, conversion (stealing property) and trespass of property, demanding in excess of $565,000.

Justin Bieber had a scuffle with the paparazzi back in 2012 when he was out with his then girlfriend Selena Gomez. Bieber ended up physically assaulting a paparazzo, losing his hat and one of his shoes in the altercation. The police and an ambulance were called to the scene for the photographer, but no charges were pressed.

Sam Worthington was arrested for assault this past weekend for punching a paparazzo outside a bar in New York City. The photographer had reportedly kicked his girlfriend and the actor responded by punching him in the face, causing lacerations on the pap’s nose. The photographer has also been charged with assault, reckless endangerment and harassment.

Britney Spears attacked a photographer’s car with an umbrella back in 2007 shortly after her famous head-shaving incident. She later issued an apology. “I apologize to the pap for a stunt that was done 4 months ago regarding an umbrella. I was preparing my character for a role in a movie where the husband never plays his part so they switch places accidentally.” She continued, “I take all my roles very seriously and got a little carried away. Unfortunately I didn’t get the part.”

In 2010, Shia LaBeouf had a couple of run-ins with the paparazzi. In one incident, while sitting at a coffee shop in Washington D.C., he threw a cup of coffee on a paparazzo and then ran away and, later that year, he was caught on camera grabbing a paparazzo’s camera equipment.

Jude Law hit a female photographer in the back of the head and slapped her in the face when he stepped out of a club in London back in 2009. The incident was caught on another paparazzo’s camera. The Oscar-nominated actor claimed that it was an accident and that he was confused by all of the flashing lights.

Alec Baldwin’s rage for the paparazzi has been well documented in the media. In 2013, he was photographed pinning a paparazzo to the hood of a car. The paparazzo had been following the actor and his wife to take photographs of them with their newborn daughter. In 2012, Baldwin had also been involved in a couple of scuffles with the paparazzi. In one instance, he squeezed the paparazzo’s arm and verbally assaulted him. In the other instance, he had pushed and shoved a photographer.

Chris Martin has had an acrimonious relationship with the paparazzi for years. In 2003, Chris Martin was caught smashing a paparazzo’s windshield and letting air out of his tires in Australia. The lead singer of Coldplay was arrested and charged, but the case was later dropped. Unfortunately, his rage for the paparazzi hasn’t completely subsided and he’s been in a few minor altercations since.

Russell Brand was arrested in 2010 for allegedly attacking a paparazzo at LAX airport. According to the comedian, a photographer had been attempting to take shots up Katy Perry’s skirt, which prompted him to attack the photographer. Brand was arrested for misdemeanor battery, but police did not press charges.

Kanye West was charged with misdemeanor battery and attempted grand theft for attacking a paparazzo and attempting to steal his equipment at LAX last summer. The paparazzo also filed a civil claim for assault, battery and interference with his civil rights. The rapper has pleaded not guilty and has filed a counterclaim saying that he acted in self-defense.

Hugh Grant vehemently dislikes the paparazzi and he is not afraid to show it. In 2007, he was arrested and questioned by police after allegedly attacking a photographer and throwing a container of beans on the guy. In 2009, the actor kicked a paparazzo in the groin when he was in New York City for no apparent reason.

In 2004, while Cameron Diaz and Justin Timberlake were a hot item, the couple got into a scuffle with the paparazzi. The “Shrek” actress actually managed to grab one pap’s camera and ran off with it. Unfortunately for her, she couldn’t get away with it because another paparazzi had a picture of her stealing the other pap’s camera.

Oscar-winning actor Sean Penn has a history of violent confrontations with the paparazzi. In 2009, he was charged with misdemeanor battery and vandalism for kicking a paparazzo in the leg; however, a plea deal was reached when he agreed to plead no contest to vandalism and have the battery charged was dropped. In 1987, Penn was sentenced to 60 days in jail for attacking a photographer on a film set.

In 2008, Gerard Butler reportedly got into a fight with paparazzo Morgan Kreusch who was left with a cut lip – which required stitches – and three loose teeth. The photographer also underwent a doctor-recommended brain scan following the attack. The “300” star was charged with battery as a result of the incident.

In 2006, Denise Richards confronted two photographers who were taking her picture from a nearby balcony at the River Rock Casino in Richmond, B.C. The “Wild Things” actress ended up throwing their laptop computers over the balcony and the Royal Canadian Mounted Police (RCMP) were called. No charges were filed. 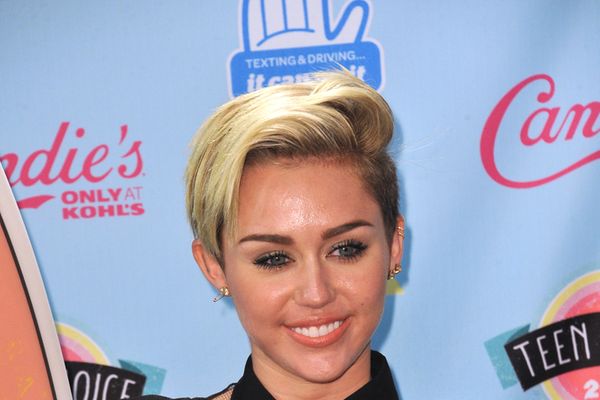 7 Celebs Who Set Up Photo Ops With The Paparazzi