As 2015 winds down, it’s natural for every soap fan to become a bit reflective of the year that has gone by in daytime drama. There have been some incredible highlights, (and lowlights) as it relates to love. We’ve seen amazing couples get together, some super couples reunite, and then we have also seen couples that weren’t exactly the perfect fit. As such, here are the best of the worst, when it comes to soap opera couples in 2015.

While these two took a chance on love, and may have looked kind of cute together, at the end of the day Sam’s heart belongs to Jason, and Patrick’s heart truly belongs to Robin. This rang ever-so-true when recently (after much build up), Jake Doe was revealed to be Jason Morgan. This was an absolute game-changer in the Samtrick relationship. The viewers (and even Patrick) could see that Sam simply could not stay away from Jason. While the two do love each other, Sam and Patrick lack what Jason and Sam have, which is chemistry and passion.

6. Sage and Nick – Young and the Restless

Speaking of lacking chemistry, this Young and the Restless (Y&R) couple are missing just that – and so much more. Perhaps it was Nick’s desperation to be in a relationship, and play the hero (a role he’s been clearly missing since Sharon has shacked up with his half-brother, Dylan). It seemed to be a case of too much, too soon for Sage and Nick as they managed to do everything they could as a couple in the shortest amount of time possible: fall in love, get pregnant, move in together, get engaged, and get married. Unfortunately, relationships that heat up too fast, tend to burn out just as quickly. This seems to be the current case with Sage and Nick. While they continue to mourn the loss of their son (who is still alive, but that is a whole separate article), they simply seem to be drifting farther and farther from each other’s arms, which is probably a good thing.

5. Abigail and Ben – Days of Our Lives

This relationship was a disaster for the get-go. There are so many things that made the coupling of Abigail Deveraux and Ben Rogers a bad idea in 2015. First, the fact that Abigail cheated on Ben with his nemesis Chad DiMera. Later, the fact that she became pregnant because of that one night, carrying Chad’s child, and all of her confusion around the paternity of the baby. While she thought she was carrying Ben’s baby, Abigail continued to pine over Chad for the majority of 2015, even when everyone thought he might be Salem’s Necktie Killer. Alas, the year ended with a bang on this relationship, when Ben kidnapped Abigail, and held her hostage, refusing to take her to a hospital when she went into labour. It also peaked when he stole her baby boy and set her and Chad on fire in the cabin (tied up in the bed, oh the irony!). Here’s hoping Abigail is a bit luckier in love come 2016.

Speaking of baby momma drama, these two General Hospital love birds may be on the cusp of experiencing the very same thing when it comes to paternity. But does it really matter? Michael and Sabrina seem more like cousins than a real couple and lack any real chemistry. While the two may (or may not) be expecting a child together, the truth is, some fans might be hoping the baby Sabrina is carrying is Carlos’ so that this sham of a relationship can finally end.

3. Hilary and Devon – Young and the Restless

Currently on the Y&R, Devon is struggling to get Hilary to remember their love story and life together before she lost her memory. Perhaps it would be better if Devon just left well enough alone and moved on. It seems that over the years, there has been a pattern with Devon going after the women in Neil’s life (his adoptive father). He’s had an affair with Tyra, a woman he thought was his aunt, and then had a weird crush on Neil’s daughter Lily (his adoptive sister) for a while. While Hilary and Devon were married, their love story wasn’t exactly the grandest to grace Y&R screens. If anything, their cheating and lies behind Neil’s back were nothing to base a true relationship on. It’s no wonder Hilary can’t bring herself to remember what they shared.

Speaking of lies, this seemed to be the foundation of what was built between Liz and Jake. While Liz knew for a very long time that Jake Doe was in fact Jason Morgan, she hid it from him and everyone else. Watching poor Jake struggle with who he is, and his desperation to find out the truth, Liz continued to lie to him, in an effort to keep him all to herself. Selfish, conniving, and heartless acts from a desperate woman that deep down in her heart knows that a relationship with Jason would never truly work, as his heart belongs to another. Thank goodness the truth was revealed in late 2015. Here’s hoping that this will now open a door to a Sam and Jason reunion.

1. Hope and Aiden – Days of Our Lives

Something seemed extremely fishy when it came to Aiden Jennings. Handsome, charming, smart – he seemed like the total package and a perfect fit for the beautiful Hope Williams Brady. Despite the fact that there was a small part of her that simply could not let go of Bo, Hope plunged into a relationship with Aiden, and the two hit it off. So much so, that they decided to tie the knot in 2015, perfectly timed around Salem’s bi-centennial celebration, and Days 50th anniversary special. Alas, as a wedding gift, Aiden tried to kill Hope, revealing his true bad guy colors, and exposing himself as the scum he really was. Sure, it’s been a hard year for Hope; she lost Aiden, reunited with Bo, only to lose him too. Still, when it comes to soap operas, a love interest might be right corner for her…you just never know. Here’s hoping she can find some peace of mind when it comes to love, in 2016. 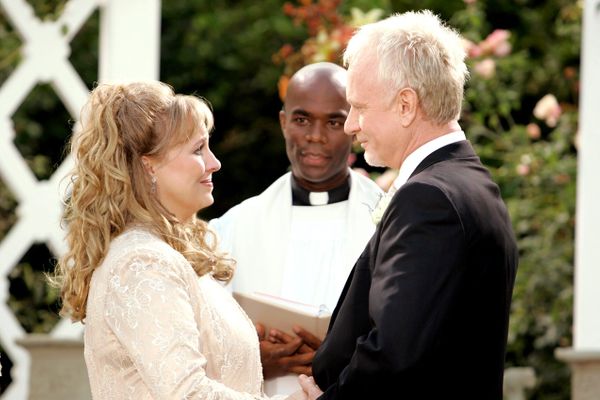 8 Soap Couples We Want To See Back Together