There was a time when royals just didn’t marry commoners. It was against protocol. However, the world is changing and now a royal marrying a commoner isn’t such a big deal. In fact, many royal family members are now breaking with tradition and marrying for love. Here are 23 royals who followed their hearts and married a commoner:

King Abdulla met Rania Al Yassin, who worked for companies including Citibank and Apple, at a dinner party in 1993 and became engaged two months later. Abdullah ascended the throne in 1999 and Rania was proclaimed queen. Since becoming queen, she has been using her position to advocate for education, health, community empowerment, youth, cross-cultural dialogue and micro-finance.

When Prince Frederik of Denmark met Mary Donaldson, she was working in public relations in Australia. She had no idea that he was royalty, as he introduced himself as “Fred.” While it wasn’t love at first sight, the couple secretly began a long-distance relationship and were married in 2004 in Copenhagen. The couple has now been married for 16 years and shares four children, Christian, Isabella, and twins Vincent and Josephine.

Prince Rainier III of Monaco was reportedly looking for an American wife when he met Oscar-winning Grace Kelly at Cannes in 1955. He was struck by how poised and refined she was and a courtship ensued almost immediately afterward. They were married in April 18, 1956 in front of 600 guests. Kelly gave up her career as an actress to be Princess of Monaco. Together, the couple had three children, Caroline, Albert II, and Stéphanie, and were married until her death in 1982.

While his father and mother, Prince Charles and Princess Diana, had an arranged marriage of sorts, Prince William didn’t have to worry about that. He was able to marry his long-time girlfriend, commoner Kate Middleton, who he met in university, in 2011 in a fairytale wedding. After seven years of marriage, the couple has three children together.

Princess Victoria of Sweden’s father King Carl XVI was dead set against her relationship with Daniel Westling and had wanted his daughter to marry a Danish prince. Her blue-blooded friends weren’t fans of her relationship with Westling either and would make fun of his rural accent. The couple almost broke up in 2004 because of the pressure, but Victoria was determined to stay with her true love. To transform the country boy into a prince, he studied English, French and German and was given classes in Swedish history and political science, as well as etiquette lessons. The makeover was a success and the couple was married in 2010.

While royals nowadays are able to marry commoners without any fuss, when King Edward VIII got involved with Wallis Simpson back in the ‘30s, it created a constitutional crisis that only ended when he abdicated the throne after less than a year in power to marry Simpson, who was twice divorced. The couple was married in 1937 in France and were given the titles Duke of Windsor and Duchess of Windsor. They stayed married until his death in 1972.

Like his father, Prince Rainier of Monaco, Prince Albert also married a commoner. Charlene Wittstock was an Olympic swimmer and met Albert at the 2000 Marenostrum International Swimming Meet in Monaco. The couple began dating in 2006 and were married in 2011 in what has been described as Monaco’s “biggest party in 55 years” (since his parents’ wedding) and in 2014 welcomed twins, Princess Gabriella and Prince Jacques Honoré Rainier, into the world.

Princes Charles and Camilla Parker Bowles’ relationship dates all the way back to the early ‘70s. They were both single at the time and began dating, but Charles couldn’t even consider marrying her because she wasn’t a virgin or from an aristocratic family. During his marriage to Princess Diana and her marriage to Andrew Parker Bowles, the two continued to see each other, but it wasn’t until 2005 that they were able to get the Queen’s permission to marry. The couple has now been happily married for over a decade.

Prince Carl Philip of Sweden is like a modern-day prince charming with his dashing good looks. Rather than go for a princess, he married a former reality star who had posed topless for a men’s magazine with a boa constrictor, Sofia Hellqvist. While many people were initially critical of Hellqvist because of her past, she quickly proved that she wasn’t in the relationship for fame or fortune.  The couple was married in 2015 in front of 200 guests.

Pierre Casiraghi – who is currently seventh in line of Monaco’s succession – married journalist and heiress Beatrice Borromeo in 2015 in a civil ceremony. The couple met back in college and have been together since 2008. The couple has one child together, Stefano Ercole Carlo Casiraghi, and are currently expecting their second.

Naruhito, Crown Prince of Japan, had to propose to Masako Owada three times before she finally accepted. She didn’t want to give up her career in diplomacy and worried that marrying Naruhito would severely restrict her independence. Since becoming Crown Princess in 1993, Masako has struggled with depression caused by the pressure to produce an heir. The couple has only one daughter, Aiko, who can’t take the throne due to male-only inheritance laws.

Prince Amedeo didn’t obtain a royal decree for his marriage to commoner Elisabetta Rosboch von Wolkenstein, which means that he effectively gave up his place in the line of succession. Now with no official role, he and Elisabetta and their daughter Archduchess Anna Astrid live in New York City.

Prince Felix of Luxembourg’s wife Claire Lademacher comes from a well-to-do family from Germany. Her father is a telecommunications mogul who owns castles in Croatia and Saint Tropez and she grew up attending international schools like Collège Alpin International Beau Soleil in Switzerland where she met Felix. She is so much more than just a pretty face – she is currently pursuing a doctorate in the field of organ donation ethics at Regina Apostolorum.

The King of Bhutan Jigme Khesar Namgyel Wangchuck’s love story with commoner Jetsun Pema captivated the nation so, naturally, when the couple got married, the country was elated. The two – who have been dubbed the “Prince William and Kate Middleton of the Himalayas” – are known for their displays of affection. When seen in public, they are constantly holding hands!

9. Prince Nikolaos of Greece and Denmark

Prince Nikolaos’ wife Princess Tatiana had a posh upbringing, but she wasn’t an aristocrat or royalty. She went to boarding school in Switzerland and studied sociology at Georgetown University and then worked as an event planner for fashion designer Diane von Fürstenberg before marrying Nikolaos in 2010.

Emperor Akihito married Michiko Shōda in 1959. It was the first time a commoner had married into the Imperial Family and had broken more than 2,600 years of tradition. The couple had met on the tennis court at Karuizawa. His mother, Empress Kōjun, reportedly didn’t approve of the engagement; however, Akihito and Michiko gained support from the ruling political class.

When King Harald V of Norway married Sonja Haraldsen in 1968, their relationship caused controversy because people expected him to marry a princess and not a commoner. His father, King Olav V of Norway, was vehemently against his relationship with Sonja and it wasn’t until Harald gave his father an ultimatum – either he marries Sonja or he doesn’t get married at all – that Olav finally consented to the union.

Prince Pavlos of Greece married duty-free shopping heir Marie-Chantal Miller in 1995 after meeting her on a blind date at a Niarchos-family birthday bash. Pavlos and Marie-Chantal are considered one of society’s most glamorous couples and, after almost 18 years of marriage and five kids, they are still going strong.

Like her siblings Princess Victoria and Prince Carl Philip, Princess Madeleine also married a commoner, British-American financier Christopher O’Neill, in 2013. Madeleine’s parents, King Carl Gustuf and Queen Silvia, offered O’Neill a title, which they also did with Victoria’s husband Daniel Westling, but he refused because he would have had to give up his American citizenship. After the wedding, the couple moved to New York City, and now they have three children, Princess Leonore, Prince Nicolas, and Princess Adrienne.

4. King Willem-Alexander of the Netherlands

Queen Maxima was working as Vice President of the emerging markets division of Dresdner Kleinwort Benson New York City when she met King Willem-Alexander, who was only a prince at the time, at a party in Seville. Initially, Willem-Alexnder didn’t even tell her that he was a prince! The couple was married in 2002 and have three daughters together, Catharina-Amalia, Princess of Orange; Princess Alexia; and Princess Ariane.

Prince Christian of Hanover met his wife lawyer and former model Alessandra de Osma in 2005 when she served as his tour guide during his visit to Peru. They didn’t start dating until years later and the two were married in March 2018. Upon their wedding, Alessandra became Her Royal Highness Princess Alessandra of Hanover.

If King Carl XVI Gustaf of Sweden had wanted to marry German commoner Silvia Sommerlath when his father, King Gustaf VI Adolf, had been alive, he would have had to give up his position as heir apparent to the Swedish thrown because King Gustaf believed that royalty must marry royalty. The couple had met in 1972 – one year before his father’s death – at the Summer Olympics in Munich when she was working as his interpreter. According to Carl, when they met, they just “clicked,” and in 1976, the two were married.

Prince Haakon’s father King Harald spent the better part of a decade trying to get permission to marry hsi wife Sonja, his commoner girlfriend and it took him threatening to not marry anyone to finally get permission. Prince Haakon didn’t have to work so hard to marry Mette-Marit Tjessem Høiby; however, their relationship did create a bit of controversy due to Mette-Marit’s past. She was a single mother with a four-year-old son from a previous relationship and the boy’s father had a drug conviction. The couple did marry in 2001 and since then Mette-Marit has been a model princess. 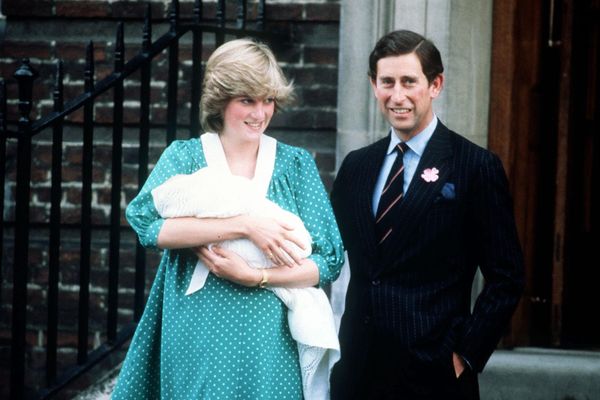 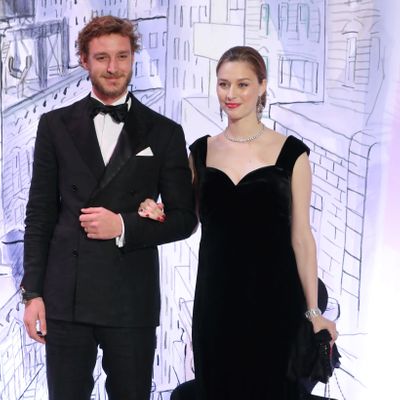