What’s in store for the residents of Port Charles this week? Sam pays a visit to the hospital; Joe Rivera lands a job at the hospital; Bobbie gets an unexpected birthday visit during her party; and General Hospital (GH) fans are introduced to Chloe Lanier. Also, Ava and Kiki fight over…well, who else but Morgan! Learn about this and more, in the GH spoilers for the week of August 8.

5. Sam’s In The Hospital

Hamilton Finn provides Sam with a shocking diagnosis early on in the week. Alexis drops by Julian’s jail cell (much to his surprise) for a visit which might have to do with Sam’s condition and requiring his help. Tired of Jason’s meddling, Liz encourages Jason to quit getting involved in her life and take care of Sam. In fact, Dr. Liesl Orbecht gets into the action this week when Jason is bugging Liz about spending too much time with his nemesis, Franco, and Orbecht offers her two cents. Finn also tells Liz that Franco still could be the GH serial killer. As such, Liz and Franco have a discussion about ending their budding romance as the week goes on.

Ava returns to town, only to find her apartment has been ransacked. She then has a very heated argument with Kiki about the need to leave Morgan, but Kiki wants her meddling mom to mind her own business. If that is not bad enough, Morgan also pays Ava a visit this week and lets her have it over the fact that she told her daughter to leave him. Ava’s only saving grace this week? She and Laura seem to find an understanding.

GH audiences will meet Chloe Lanier this week, playing Nell (although there is a small possibility that her name could change). It seems that Nell could be Josslyn’s kidney donor, but there is also a potential that she is a mystery character. Regardless, she drops by Bobbie Spencer’s birthday party with family and everyone is quite surprised by this unexpected guest.

Lulu approaches Hayden to tell her that while Nikolas was alive, he is now dead again (even though we fans know that he is still very much alive). Hayden will be shocked over this and Finn will get a little closer to her this week. However, despite telling Hayden the truth, Lulu is shaken by two events that occurred on Cassadine Island. First, the skeleton that had her father’s bling and the envelope that was empty, and had an address containing the whereabouts of Daphne. Will Lulu head back to Greece for answers? This is a huge possibility.

Carly struggles to keep the peace between Jax and Sonny, but she may fail. Michael pleas with someone this week. Joe Rivera will get a job at the hospital working closely with Sabrina as she too was given her job back. Laura (accidentally) hears a conversation between Kevin and Lucy. Lucy wants the good doctor back, but Kevin seems to be too smitten with Laura. Andre gets an offer he may not be able to refuse from Police Chief Jordan. Kristina lays into Alexis when she learns that her mom had a lot to do with breaking her and Parker up. 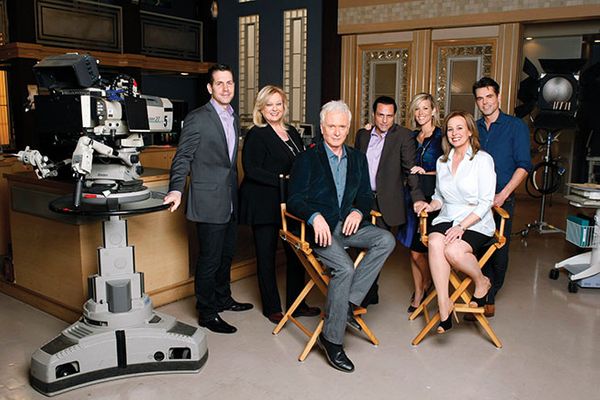