Thanksgiving hits Port Charles this week and families get treated to a traditional Turkey dinner with a side of drama! Ask Man Landers will blow up in Nathan’s face and the Jason/Drew storyline will continue to have fans wondering just who the real Jason is. Learn about these storylines and more in the General Hospital (GH) spoilers for the week of November 20.

The secret is out, and Nathan finds himself in a sticky situation that could lead to a fraud charge. With Nathan in hot water, Amy won’t escape her role in the entire situation and GH spoilers indicate that Nina and Maxie might also feel the wrath of this scandal. Who knew the blowout to Man Landers would be this huge?

Jason will struggle this week when he finds out that Robin also believes Patient Six is the ‘real’ Jason. Billy Miller’s Jason will feel like his world is falling apart and will reach out to Monica for some advice. Momma Bear will do her best to assist him when it comes to his recent identity-crisis situation.

Carly will end up inviting Dr. Kim Nero to her family’s Thanksgiving festivities and things will start off well. She’ll get the initial introductions and Josslyn and Oscar will feel good about how everything is going. All is going great until Nero recognizes Patient Six as an ex she once had named Drew.

Talk about awkward! Carly and Sonny will have a difficult time trying to explain the entire situation to Kim. While fans may think they know who the real Jason is, GH spoilers have stated this storyline will take about nine months to fully unfold. Hold onto your hats folks! This may take a while. In other GH spoilers, Franco consoles an enemy this week, which probably means he might be giving some comfort to Jason who is clearly down in the dumps.

Ava will continue to try and fix the remaining burnt areas of her face. Griffin is against the entire thing, but Ava is determined. GH spoilers hint that Ava finds a doctor who is willing to do an unethical procedure. Hopefully, Griffin can talk some sense into her in the long run. 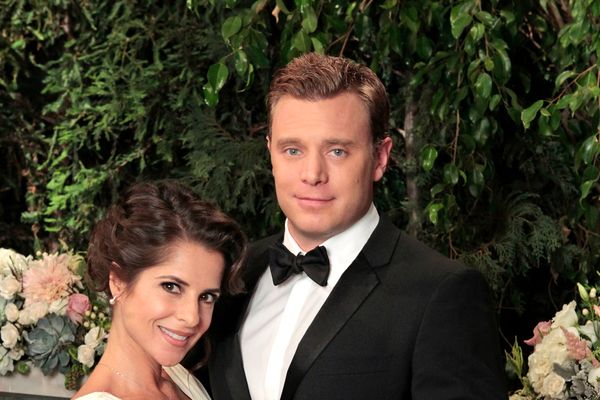