Will the real Jason Morgan please stand up? After weeks of waiting, Patient Six finally comes out of the shadows and into Port Charles society as he tries to rescue Sam from danger. Learn more about their face-to-face confrontation, as well as other storylines, in the General Hospital (GH) spoilers for the week of October 30.

Should we all just be referring to him as the real Jason Morgan now? Regardless, he comes to her rescue, which leaves her quite confused. Sam will be pulled out of water, come back from being unconscious, and look at Patient Six. She’ll struggle with what she is seeing as she was drugged and won’t believe him to be real. The two Jasons will also have a confrontation later, trying to determine what really is going on.

With Patient Six in Port Charles, Jason worries about what this will do to his family. His concern heightens when a problem comes up with Danny. Jason tries to take steps to protect his life with Sam and his children. He is relying on the idea that Curtis will help to prove that the story Patient Six is telling is not true.

Franco demands an explanation from Andre about Dr. Klein. A single confrontation is one thing, but a second one between the two of them is too much for Franco to let slide. GH spoilers indicate that Andre will offer some shocking information to Franco, where he needs to make an important choice. The real question is: Will Franco run to Jason with the information he has or try and find additional answers?

Cassandra becomes more and more curious about Anna. It seems that she and buddy Finn should watch their backs. Speaking of Cassandra, Valentin will be mulling over her recent threat. As he thinks about what he should do next a shocking face from the past will show up and this rattles him. Nina senses something is not right, but Valentin does his best to fluff off her concerns.

Scott gives Alexis an urgent update on Julian. Seems like he is having issues in prison. Alexis will undoubtedly head over to see him soon. Across town, Ava faces questions regarding Patient Six. She does cooperate, but there will be those who don’t trust what she is saying. The good news is that she’ll have Griffin for support. This little crisis will help to strengthen their bond. 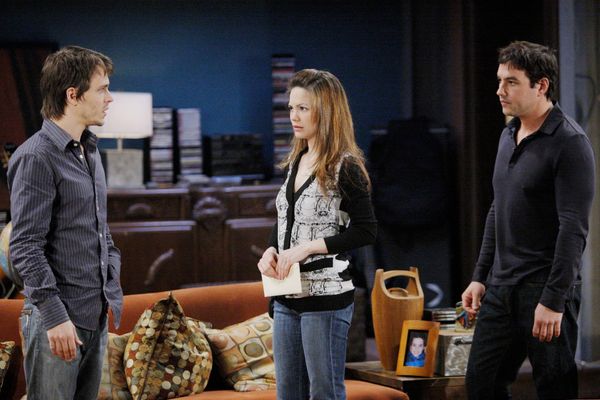