5 Young And The Restless Spoilers For The Week (December 11)

A lot is going on this week in the land of Genoa City! Ashley decides that Ravi is worth fighting for and Faith tells Mariah that she saw Scott kissing Abby. However, perhaps the biggest news this week is that a fan favorite is finally making his way back into town! Learn about these stories and more in the Young and the Restless (Y&R) spoilers for the week of December 11.

For all you J.T. Hellstrom fans, the Y&R character will make his splashy return on Tuesday, December 12th of this week. Victoria will wonder why her ex-husband has returned and will grill him to no end. Expect J.T. to spill a bit to her about issues going on in his personal life.

Of course, these two would have an explosive face-off this week! There will be no warm welcome from Billy Abbott when it comes to J.T.’s return. A conversation will spark some old issues and Vicky might have to intervene. Meanwhile, Phyllis is going to have a hard time focusing this week, thanks to a situation that distracts her.

Ashley will be taken aback when she finds out that Ravi is planning on jumping ship to Newman. She confronts Vicky on this as soon as she hears the news. After all, Ravi has a non-compete clause in his Jabot contract, which will force Victoria to take her offer off the table. Ravi then tells Ash that he was trying to distance himself and that he didn’t want to leave Jabot. Ashley admits to something herself and states he’s someone worth fight for.

As Faith witnessed Scott planting a kiss on Abby, she shares this news with Mariah this week. Mariah then heads to Sharon and gives her a warning about Scott. Meanwhile, Faith’s dad and grandma will kick their park preservation plan into high gear. Nikki and Nick want to stop Newman Enterprises from ruining it and their efforts will hit some snags. Sounds like a family war is on the horizon.

1. Lily Is On High Alert

Lily believes Cane has moved on when she sees his new nanny for Sam and thinks she is a new girlfriend. The situation will get cleared up rather quickly, but the entire ordeal will take its toll on Lily. She will realize that she should make a move before he does decide to move on without her. 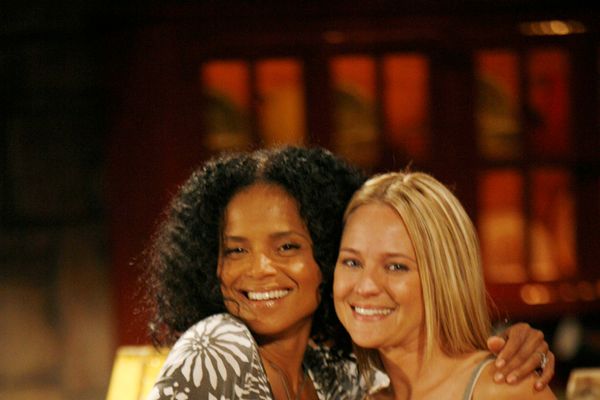