5 Young and the Restless Spoilers For The Week (October 30)

There will be plenty of action, drama, suspense, and a little romance on The Young and the Restless (Y&R) this week. Billy confronts Jack and Victor gets the upper hand on Nick, while Maddie, Reed, and Charlie face disaster. Find out about these stories and more by reading the Y&R spoilers for the week of October 30.

The battle over Dina continues between Jack, Ashley, and Graham. Graham will be threatened by Jack this week as he and Ashley try to gain control over the situation. The good news? They locate her in Florida. However, Dina seems to still be siding with Graham and is upset that her children keep attacking him. Ash and Jack call Michael for assistance.

Billy is itching for a confrontation with his older brother and it seems that he will get what he so desperately wants. In fact, Billy points the finger at Jack this week, claiming he poisoned Vicky, but Billy may be in for a bit of shocker when he finds out who exactly caused the poisoning as he continues to dig.

Nick’s business plans hit a snag in the coming days. Could it be because of his dad Victor? Y&R spoilers do indicate that Victor does get one over his son this week. But with that said, Victor places a very tempting offer in front of his daughter Victoria. Will she go for it? Only time will tell.

Charlie, Reed, and Mattie break into the Underground to host a Halloween Party. The establishment catches on fire and they find themselves in a very serious and dangerous situation. The trio somehow get trapped in the office. Billy, Nick, and Cane rush to their rescue, but will they make it in time?

Nick feels jealousy when he notices the bond Scott has established with Sharon, Faith, and Victor. Cane tries his best to mend fences. Sharon questions Tessa about Zack. Devon decides it’s time to play hardball. Mariah confides in Sharon, and something from the past haunts Gloria this week. 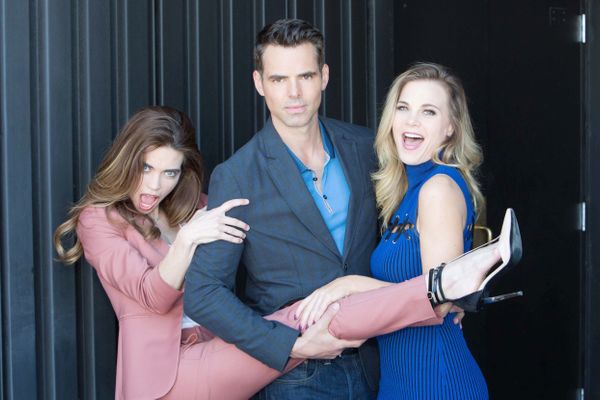