Bravo’s popular reality series known as the Real Housewives is all about the drama! The show groups a bunch of successful women together who are from the same relative social standings in a city like the big apple and then films them all hanging out together, hosting parties and even going on vacation. It’s the ultimate recipe for disaster. Some of the women are veterans on the show — there are a few that have been around since the first few seasons! They are the show’s backbone as they continuously bring the drama that we all love (especially the producers), but there are many other who are on the show for a fleeting moment before they are replaced with new talent. Sometimes women leave the show on their own accord, but most of the time they are fired for being too “boring.” Here’s a quick list of some women who were booted off The Real Housewives of New York City:

Aviva Drescher was very memorable during her time on The Real Housewives of New York City not only because she was the first amputee housewife, but also because of her 78-year-old father, George Teichner, who made appearances on the show and would constantly brag about his sexual escapades. Aviva lasted two seasons (5 and 6) until the season finale episode when she got so frustrated during an argument and took her leg off during a party at a Manhattan restaurant and slammed it on the table! The 45-year-old former housewife was in a tiff with the other women because six of her cast mates accused her of faking illnesses. She was the first and only confirmed cast member to be booted off the show after season 6 and it was most likely because she refused to attend several cast trips. In an interview with Buzzfeed, Carole Radziwill said executive producers had told her that Drescher’s husband, Reid, offered to take Aviva to Montana, but only if she was guaranteed a spot on the next season. She said, “The executive producer told me, Ramona, and Sonja that in Montana. So it’s, like, we’re hearing that, behind-the-scenes, back-door deals. So it’s not like we’re horrible, insensitive women that are calling her a liar. It’s, like, No, this is actually what’s going on.” Sounds like her diva behavior contributed to her getting the boot!

When Jill Zarin got fired from The Real Housewives of New York City it was quite a shock to many viewers because she was one of those veteran housewives who had been a staple figure in the series. Jill brought in good ratings for the show because she was extremely outspoken and was best friends with fan favorite Bethenny Frankel (until they had a falling out in season 4). She was on the show for four seasons, but in 2011 right before Bravo began filming season 5, they abruptly fired her from the show. It was one of the biggest reworkings of the show we’d ever seen with four ladies being booted at once! Despite our shock, Zarin told Oprah’s Where Are They Now? in an interview that she wasn’t surprised at all. She said, “This is really the truth: One night…I think I took a sleeping pill and I typed out an email to my [Real Housewives’] producer and three out of the five housewives. I said, ‘I’m leaving the show. I want to leave on a high. I’m in a good place right now.’ I kind of got cold feet the next day, and I said, ‘Ah, that was stupid, I shouldn’t have sent that email out.’ So, when I got the phone call from my production company, I knew.” Zarin said the only thing she isn’t aware of is WHY she got fired. Producers never gave her a straight answer, but that the show got too dark between some of the cast mates and the only way to save it was to revamp it entirely.

Cindy Barshop was among the four women who were booted from the show after season 4. Unlike the other women who were fired at the time, Cindy had only been on the show for one season. She was brought onto the show to fill the voided absence of Bethenny Frankel, but unfortunately she just couldn’t fill the shoes of such a strong character. Cindy was quiet throughout the entire season. She didn’t seem to fit in well with the other women and didn’t engage in their level of drama to the same extent, thus she was quickly labelled “boring.” She was more so on the show to promote her beauty company, Completely Bare. It seemed like many of the women tried to be amicable about their firing when it happened, but we still got some tidbits of information! Barshop told ABC news afterwards that the women just genuinely didn’t like each other anymore. She also told Hollywood Life that she doesn’t know why she was fired, but she’s sure there were reasons for it. “I’m not a producer. For them to want to make a change, I think there was some underlying reasons and they did. Nobody likes to be said no to but you can always take that as a new opportunity. My life was great the year before that, it was great this year and it’s just going to be different this year — a new great different. I’m not going anywhere.” Sounds like she took it pretty well!

Kristen Taekman is the most recent housewife to leave The Real Housewives of New York City and it’s still unclear whether she was fired or left on her own accord. There are rumors that she was fired because her storyline was falling flat, and she wasn’t getting along with the powerhouse Bethenny Frankel. Also, her only friend left on the show was Heather Thompson and she already announced she was leaving the show to focus on her family and business. Kristen joined the cast in season 6 and was on the show for two seasons. Her departure was extremely timely because it was around the time that her personal life was going through a major crisis — her husband, Josh, was outed as a long-time user of the Ashley Madison infidelity site, so it’s unclear if she chose to not return to the reality series because of this or if it was really to focus more on her family and company. She released this statement when she announced her departure: “At this time in my life, I have decided to concentrate on my family and my new business ventures Pop Of Color nail polish and Last Night’s Look, my fashion blog. I will remain a Housewife and part of an amazing franchise forever and that is what is important.” Hmm…sounds suspicious!

This former model was included in the mass firing after season 4 of the RHONY, and according to Bensimon herself, she wasn’t at all surprised and we weren’t either because she went totally loony tune in the episode titled, “Scary Island.” She told Celebuzz, “I was kind of expecting it. By season four I didn’t want to play the game but Bravo was amazing. They didn’t pressure me to be with anyone, they let me be myself and as a result people said, ‘She’s the voice of reason.’ I just did the scenes I wanted to do and walked out when I felt like it.” We are pretty sure Kelly didn’t take the firing as hard as Alex McCord and Jill Zarin because Kelly never seemed to enjoy the experience to the fullest anyways. She despised all of the other women on the show! She didn’t get along with any of them and even said so when she was asked about her breakdown in the Virgin Islands she simply said she was in a situation that she wasn’t comfortable in and things were happening that she didn’t want to be apart of. She also said she’s happy she got to go on the show and teach other girls that it’s okay not to be friends with everybody and to have your own opinion. Thanks for another great life lesson, Bensimon.

This Brooklyn socialite was another housewife who wasn’t all that pleased about being fired from the Bravo network, but she managed to capitalize off her pink slip. After she was fired, she linked up with the gossip website RumorFix and began making videos that revealed behind-the-scenes secrets about what goes on during the Real Housewives and dishinh inside information about some of the veteran housewives like LuAnn and Ramona Singer. It was no secret that her and Simon were on the outs with the other women and never seemed to mesh well with the cast. Alex and her husband Simon McCord had been on the show since it first debuted back in 2008! When asked on GMA about being fired McCord said, “You never want it to be someone else’s decision that you’re not coming back. So, sure, it felt like being laid off. And that didn’t feel good.” She has definitely gotten her revenge against the show by bashing it in the media and divulging all those intimate secrets about the show and how it is over produced and staged. 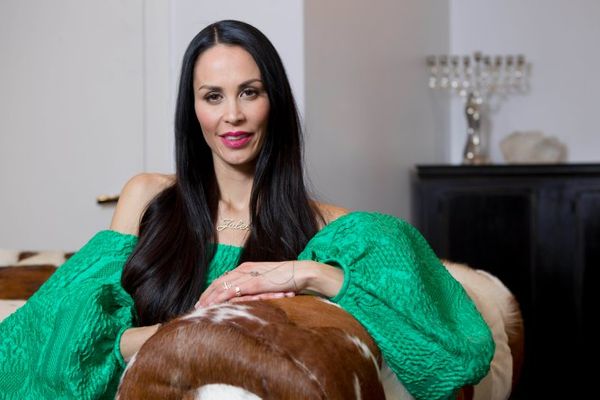