Calling all General Hospital (GH) fans! Last week, we saw the residents of Port Charles deal with the shocking news of Morgan’s death. This week friends and family continue to struggle when it comes to the passing of the mob boss Sonny Corinthos’ youngest son. In other General Hospital (GH) news, Anna is given an offer. Nelle tries to move in on Sonny and some continue the battle keep GH from being sold. Learn more about these stories (and more) in the GH spoilers for the week of October 17th.

Spoilers indicate that Carly is a mess this week. Rightfully so. She not only has lost a son, but leaving Sonny destroys her as well. BFF Jason is there to help her and she joins Michael as they grieve together. Sonny is also shattered this week by all the recent events and is suffering from nightmares.

5. An Offer She Can’t Refuse

While some are dealing with grief, Anna has a dilemma. She is given quite an offer this week and it relates to her job. She turns to Andre Maddox to discuss the future, but can he help shed some light? In an even more interesting turn of events, GH spoilers indicate that Anna comes face-to-face with someone very familiar to her. Who could it be?

Liz stresses over trying to make ends meet if GH remains closed, and she remains jobless. Franco worries as well, but it seems this week that he may have a plan that can save everything. Meanwhile Tracy goes off on Lucy for her role in trying to sell the hospital. She does strike a cord with Lucy, who does genuinely care about GH. Will Lucy have some insider information that can help Tracy fight for GH and stop its sale?

Maxie runs a DNA test (behind Nathan’s back) which proves that Nathan is not the father of Charlotte. Nathan wanted Charlotte to be his daughter and takes this as a blow. He also sees Maxie as being not supportive which hurts him because he’s always supported her when it came to Georgie. Maxie also overhears something big this week. Moving onto the next GH couple — Hayden makes a huge move this week when it comes to helping Finn, but he doesn’t see it that way. Hayden has hurt feelings around the situation. There’s also Finn’s odd reaction, so she confronts him on his feelings. Will this end up in a kiss (maybe a make out session if HayFin fans are lucky) or will Finn continue to hide how he truly feels about Hayden?

Nelle will lend a shoulder he can cry on, but will it be a little too much? What is Nelle up to? That won’t be revealed, but she does get closer to Sonny this week. In fact, when Ava will come around snooping and give Sonny her two cents, Nelle in return will give her a piece of her own mind. Meanwhile at the police department, Dante makes a vow when it comes to the death of his little brother. He tells Jordan that he wants whoever was behind the explosion that caused Morgan’s his life behind bars, even if it is Sonny.

JaSam talk about what the future holds for them, with all the chaos of recent weeks. Curtis asks TJ a bunch of questions surrounding the car explosion last week, which leaves TJ wondering what he is up to. Griffin believes he is being tested this week and thinks about what he has done in the past. Genie ponders the idea of selling Wyndemere, as it is too expensive to keep running. She and Kevin also enjoy their second date together this week. 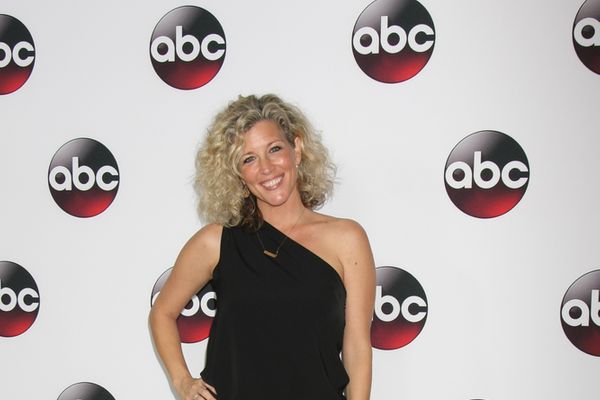