As we hit the end of September and the official end to summer, things continue to heat up in the land of Port Charles! Franco turns to his dad for advice; Carly stirs the pot; Ava decides to betray Patient Six; and fans will find out the person behind that number scrolled on a pad of paper! Learn about these stories and more in the General Hospital (GH) spoilers for the week of September 25th.

This week Franco goes back and forth on something. A person will ask him to keep a secret, but doing so will risk his relationship with Liz. As he’s already hiding so much from her, he worries about adding another secret on to his current list. He turns to dad Scott for advice, which may not be the best person to ask when it comes to situations of this nature. GH spoilers indicate that his advice may help Franco out this week.

What else is new? GH spoilers tease that Carly will be stirring the pot this week. She received a text from Zackary Grant’s sister and there is chance the two could meet. In other Carly-Nelle news, Bobbie will try and extend an olive branch to someone, so this may mean she will take the effort to make peace with Nelle. Will Nelle accept? Can Nelle even trust Bobbie? Only time will tell!

4. Next Step For Nelle And Michael?

Speaking of Nelle, Michael will want to take their relationship forward to another level, but Nelle will be concerned. She didn’t like the idea of moving in with Michael, but he may just keep pushing the idea. The two will celebrate this latest relationship step and GH spoilers indicate they should try and soak up the happiness while they can. Big drama awaits them around the corner.

There may be trouble on the horizon between Dillon and Kiki. Dillon is faced with a threat of some sort which produces outrage. Could it be Dr. Bensch? He is working Kiki at the hospital and Dillon might feel like his relationship is in jeopardy. He just might point the finger at Bensch for Kiki’s new-found crazy work ethic and feel like his relationship is threatened.

No shocker here! Ava deals with a dilemma in ethics this week, as she could be in a position to help Patient Six (a.k.a. Steve Burton). She doesn’t want to chance putting her own treatment in jeopardy. So, what does she do? Well, she hands over the number Patient Six gave her to Dr. Klein. Hold on to your hats, GH fans — you will be shocked on who answers the phone when Klein dials!

Speaking of Ava, she’ll have a dream that seems so real at the clinic, and it is about Griffin. Maybe she’s feeling the vibes because this week Griffin reaches his breaking point when it comes to how secretive Valentin is being. He’ll try and get Valentin to cooperate, but he won’t budge. In other GH teasers, Sonny will reach out to Brick for assistance. He needs help with an investigation and Brick is the right person for the job. 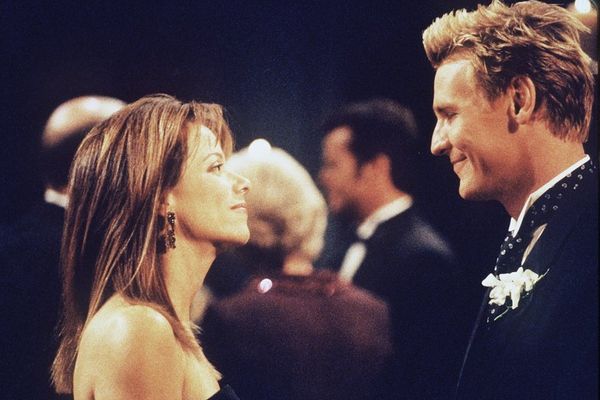 7 General Hospital Couples Who Are Better Off As Friends