Not all soap opera couples are good together. In fact, some have the type of influence on each other that would be considered negative, even in the soap world. We have rounded up 12 Young and the Restless couples who were really bad for each other:

Poor, sweet, mentally unstable Patty. She was so in love (wait, scratch that out), obsessed with Jack for decades. While the couple was once married, and awaiting a child, all that crumbled thanks to Jack’s infidelities. Unfortunately, Jack never really loved Patty, and married her to prove to his father that he had grown up, and had priorities in his life. Sadly, when Patty found this out, she shot him and has been wreaking havoc on Jack and his loved ones ever since. 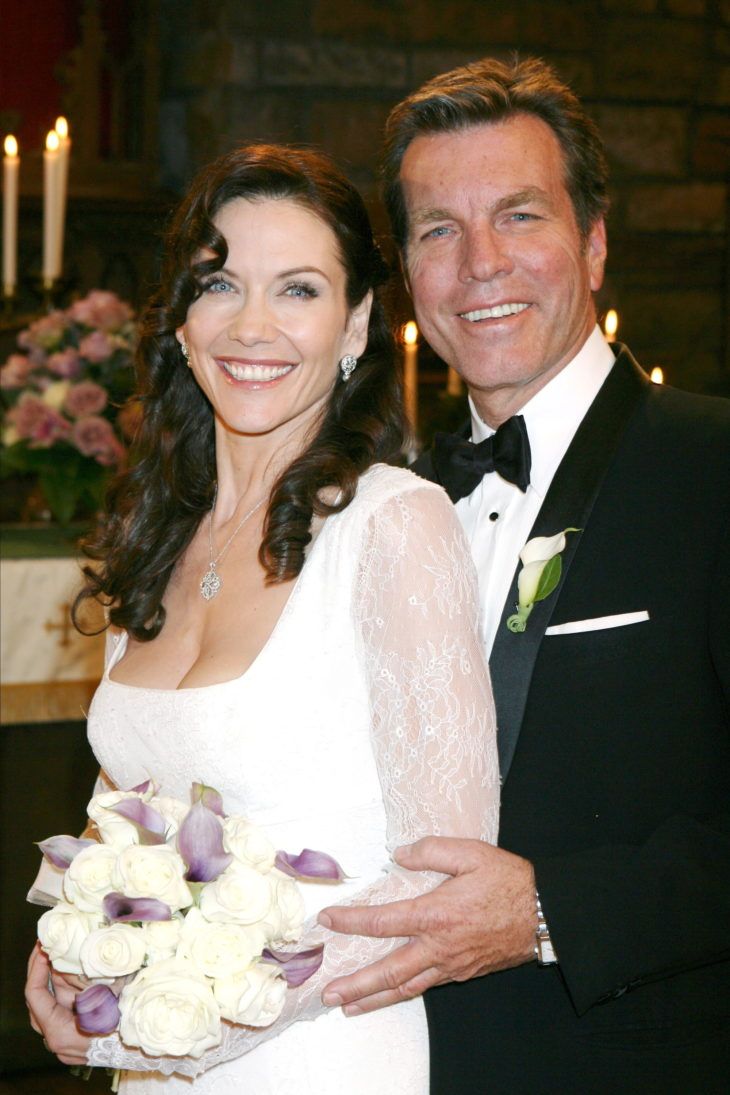 Speaking of Jack’s infidelities, Diane and Jack had incredible chemistry when it came to the bedroom, and that’s where their chemistry really ended. Diane was originally smitten with Jack because she knew he could help land her a big modeling job at Jabot. While they had been on-again-off-again for years, their relationship was based on one thing, and really one thing only: sleeping together. In fact, it was their affair that helped send poor Patty Williams over the edge. They did share a son, which Diane would nicely dangle over Jack’s head now and again. Still, Diane was shot in 2011 by Nikki Newman, an incident that ended Jenkins’ life, and any chance that she and Jack could rekindle their toxic relationship. 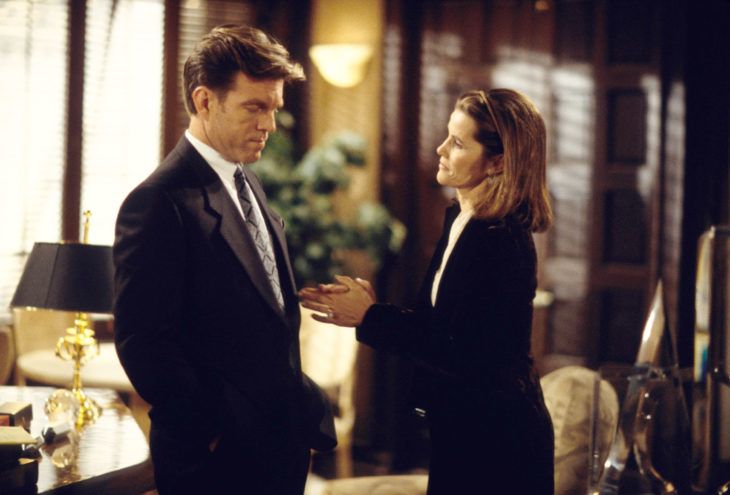 Vicki and Billy could easily wind up on any Y&R super couple list; however, their constant bickering and bantering also lands them in the “toxic” category. While sometimes the way they go back and forth could be considered flirting, when they fight about higher-level issues (i.e. Jabot, Newman Enterprises, or the Moustache), they bring it to a noxious peak. As Genoa City’s very own “Romeo and Juliet,” the biggest part of Villy’s issues is the fact that their families don’t get along (plus Billy’s constant lying), and if they can resolve these problems, then there just may be a happily ever after ending for them, if such a thing exists in the world of soaps. 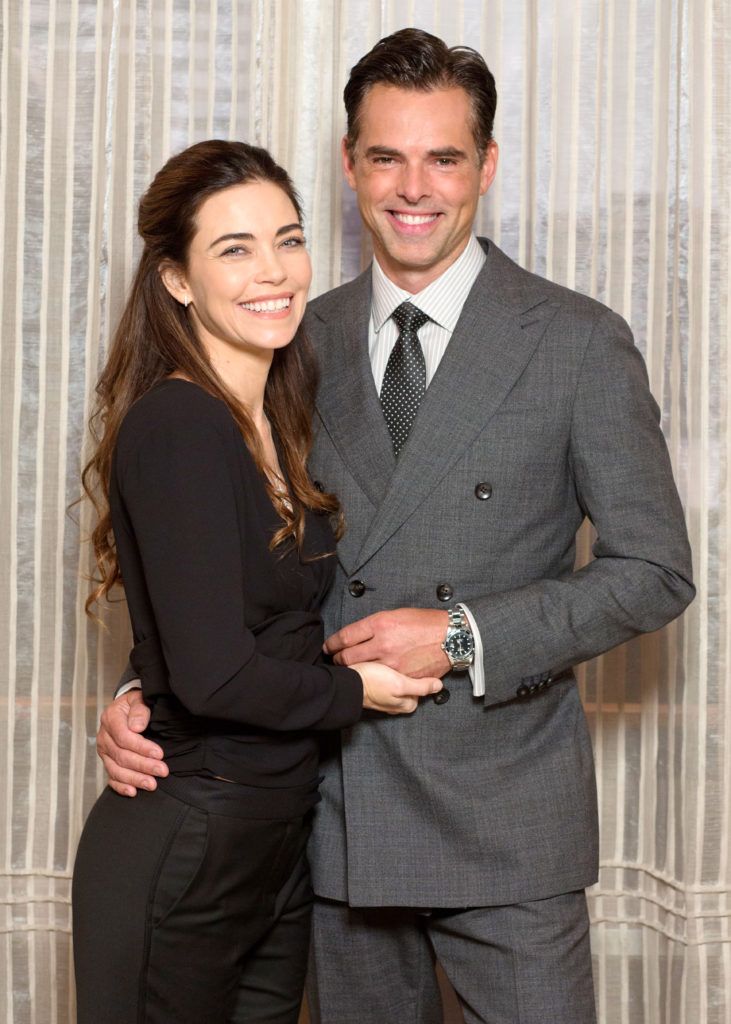 Was anyone rooting for these two when they were together? Genoa City’s social outcast couple did make a pretty good team, and were in love for all the right reasons. Still, what makes this relationship oh-so toxic is the fact that Adam is Nick’s brother, who also happens to be Sharon’s soulmate and the father of her two kids. Mix in the fact that Sharon was oddly able to accept, forgive, and still love Adam despite the fact that he stole her daughter and gave the baby to Ashley, covered up evidence that could help her get released from prison, and a slew of other things he did, well, if that doesn’t scream toxic, not sure what would. Even when he returned to town in 2019, they still had that unhealthy spark between them. Sure, they’ve always had chemistry, but there were far too many toxic issues going on between them while they were together. 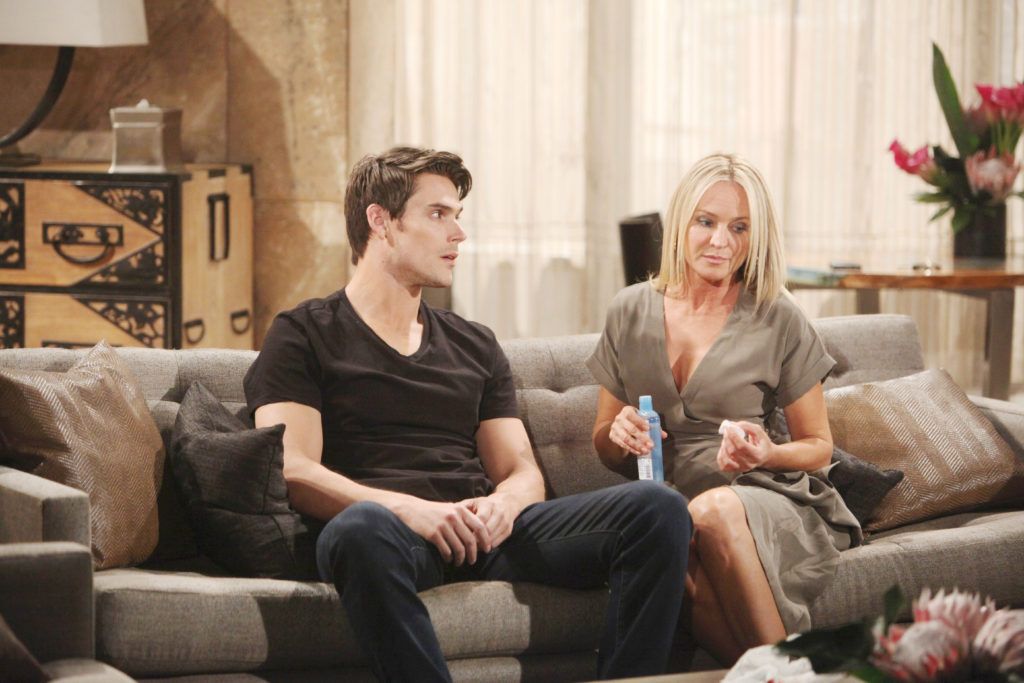 Toxic doesn’t even begin to describe these two. The couple bonded and fell in love due to their mutual money-grubbing and scheming ways. They initially met after Jeffrey’s twin brother William passed away. As William was married to Gloria, when he died, Jeffrey blackmailed her to get a piece of the inheritance. The duo did wind up falling in love, but both have always had toxic blood running through their veins, eager to ruin lives for self-gain. Which is why they probably do make such a great couple.

From the get-go, this relationship was simply wrong. Over the years, Victor and Sharon had established a wonderful father/daughter bond. In addition, not only had Sharon shacked up with both Newman brothers at one time or another, marrying her kids’ grandfather twice in a year was simply toxic. The era of Shictor was short-lived, but seemed to endure forever to the dismay of fans, and the actors themselves. The first time they married it was more of an act of friendship, so Sharon could help Victor while he was in jail; however, the second time around, it got a tad more romantic between the two. This toxic couple seemed to co-exist simply to annoy people around them, which is exactly what they did. Not only did the storyline turn a lot of the residents in Genoa City off, but they also managed to achieve the same with their Y&R fan base. 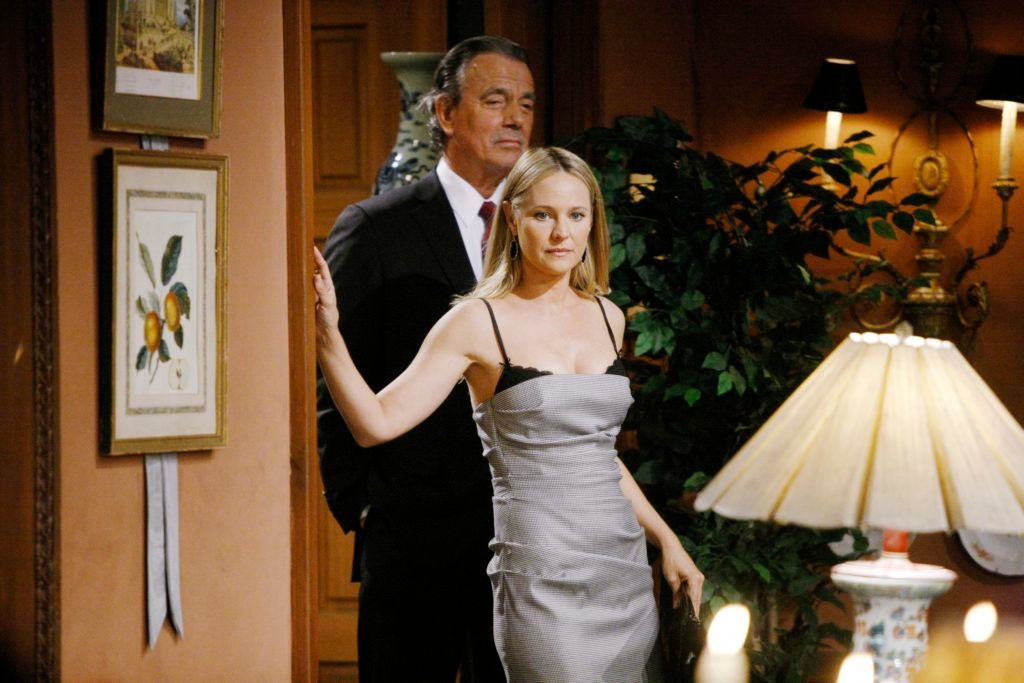 Back in their early years, these two had quite the toxic relationship, using the word “relationship” loosely as these two were more into each other inside the bedroom than outside. Michael has since cleaned up his toxic behaviors, and Phyllis teeters now and again; however, all Y&R fans can agree that these two make better friends than lovers. 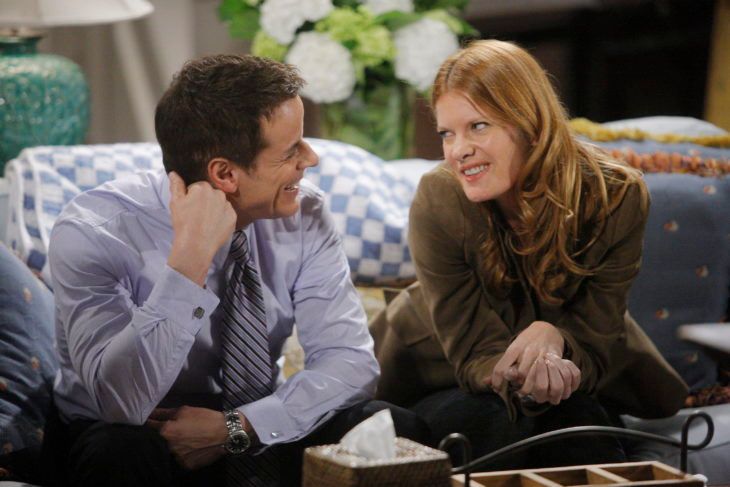 Opposites attract, but sometimes sharing the same qualities can attract two people to each other. Both Tom and Sheila loved to ruin people’s lives and cause chaos, so in many ways, they were a match made in heaven. In the end, their “love” would result in their daughter Daisy, yet another Y&R character who enjoys manipulating, scheming, and causing others pain. 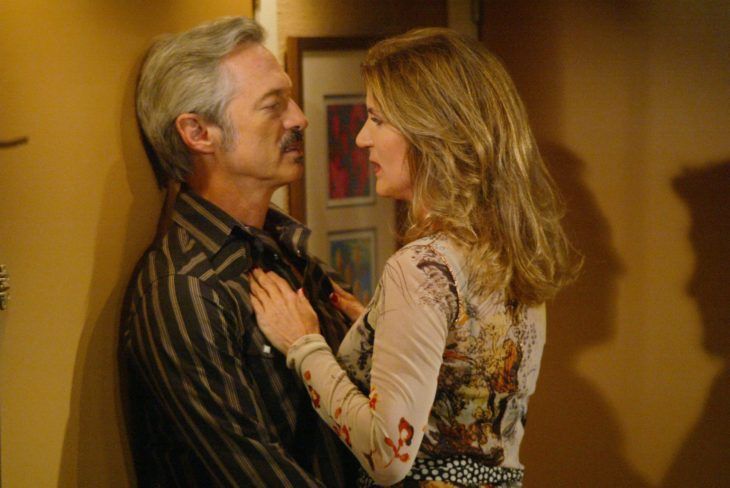 Victor and Nikki are finally at a good place in life, and it seems all the games they played in the past are long behind them (fingers crossed). With that said, during their younger years, they were highly toxic for each other, and while true love existed in their relationship, it seemed like they also got pleasure from emotionally hurting one another. 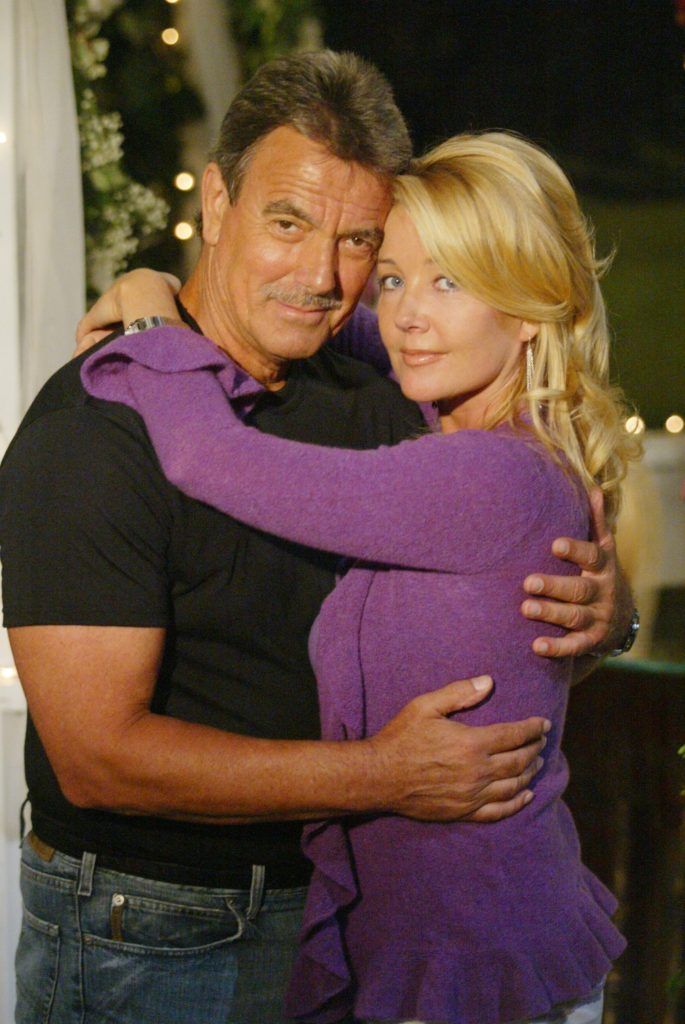 On the one hand, Kyle and Summer share a beautiful romance, one that has seen a childhood friendship turn into adult love. On the other hand, some of the things Kyle has done to Summer in recent years have been horrible. Marrying her so that Lola could have her liver and then dropping her (and cheating on her) mere weeks into their marriage, not even really giving it a try? Then, re-romancing her months into his marriage with Lola? Summer wasn’t exactly a saint either, thanks to her manipulation of things. The saddest part is that Summer seems to be a sucker for his punishment, and Kyle seems to be a sucker for her games. Or, it could just be true love. Only time will tell. 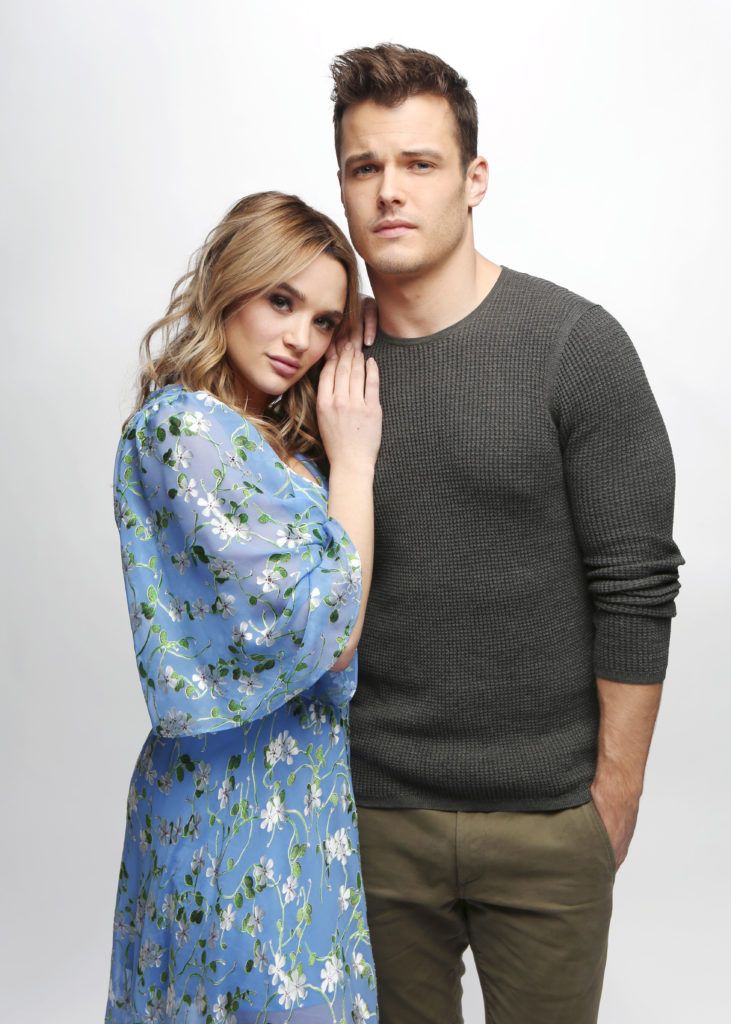 Mia was certainly the person to spill the toxic in this relationship, as Rey is a very decent guy. During their marriage, it seemed as if Mia wanted her cake and to eat it too when it came between brothers, Rey and Arturo. Not only did she want her marriage with Rey to work, but she somehow also wanted all of Arturo’s relationships to fail. She’d end up with brother number two in the long run, but how long will that toxic relationship last? 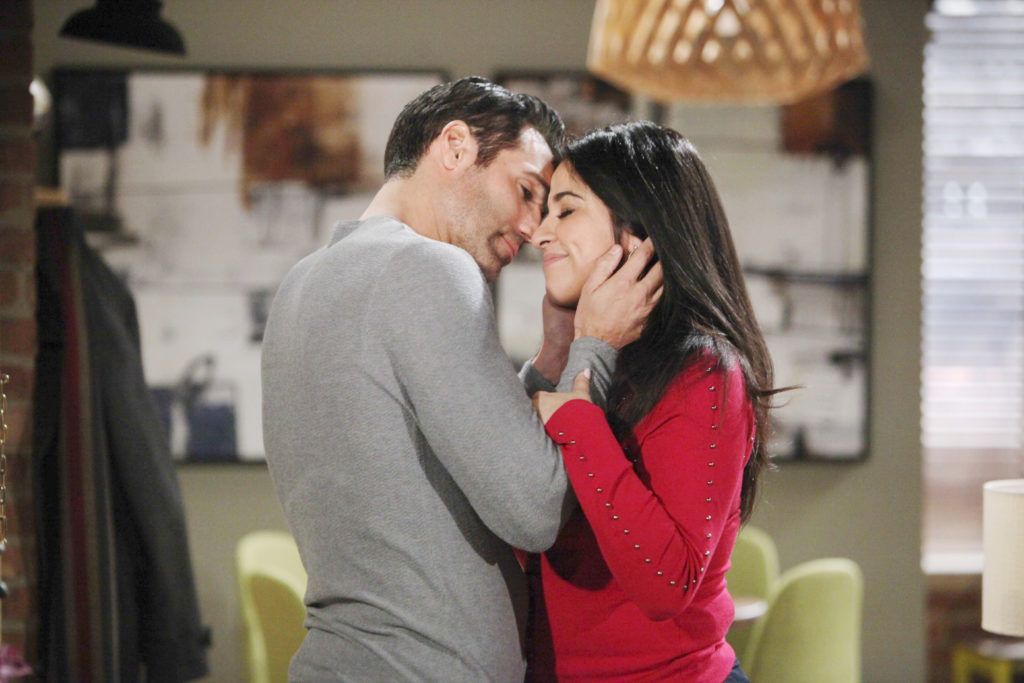 This relationship kicked off on a bad note when brother Billy snagged wifey Phyllis out from under Jack’s nose. Philly had its highs and lows, filled with a ton of toxic in between, and their relationship was really based on activities in the bedroom. Thankfully, both parties have moved on. 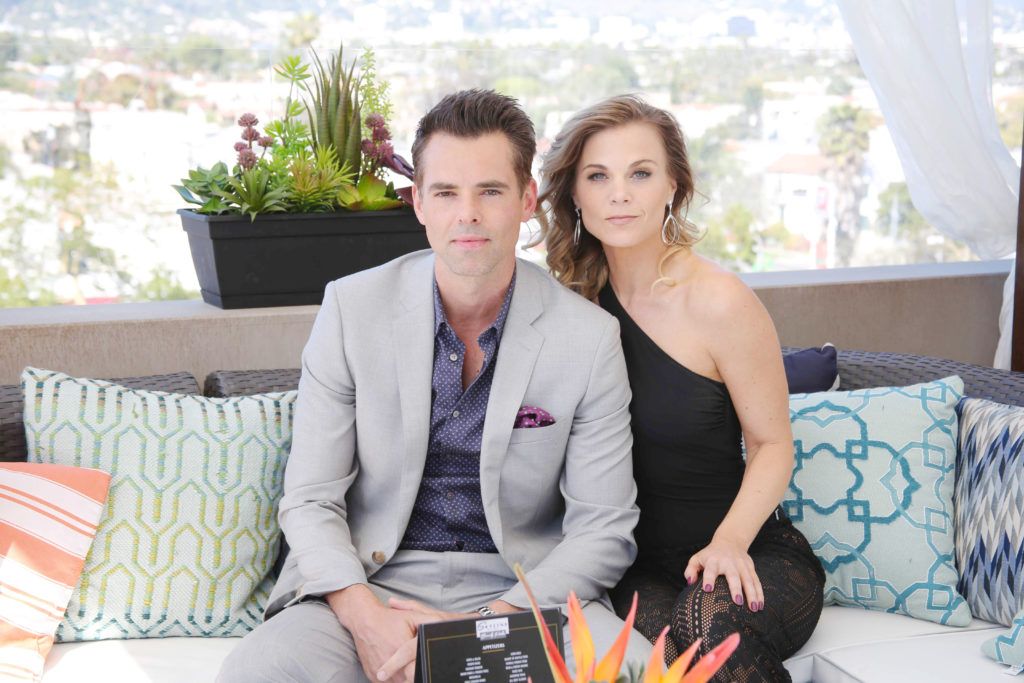 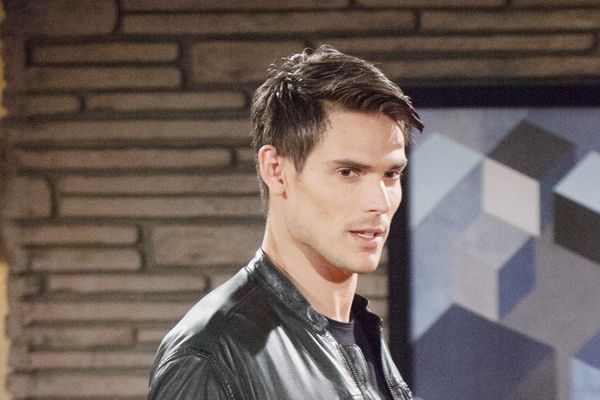