6 Young And The Restless Spoilers For The Week (December 19)

The holidays will officially hit Genoa City this week and these are five episodes that Young and the Restless (Y&R) fans will want to tune in for. Y&R spoilers indicate some familiar faces will return and there will be plenty of drama. Learn more about the week that shall be in the Y&R, by checking out the spoilers for December 19th to the 23rd.

6. Traci Continues To Try And Help Her Family

While she’s had a difficult task at hand, Traci continues to try and patch things up between Billy and Jack this week. Jack is resisting this, as per the usual. Good news is the two will eventually reconcile, but will it happen in time Christmas? Traci is hoping for a holiday miracle and she has Ashley on board to help out his week.

Fans of Gloria Bardwell will want to tune in on December 21st as Judith Chapman reprises her role. This episode will also mark Christmas Eve on the soap and she will surprise her family with a visit, especially her sons Kevin and Michael. She will undoubtedly begin to stir things up on the cusp of the holidays and spoilers indicate she will get involved in the Fenmore’s drama that is unfolding.

4. Dylan Tries To Hold His Family Together

Dylan’s focus this week is family and working to rebuild what’s left in the pieces that have been broken since the Baby Christian reveal. Will he be successful? Nikki gets in the middle of a fight between her two sons and she bickers with Sharon (what else is new) this week as well. Maybe he won’t be that successful in bringing his family together. Speaking of continued fights though …

Faith continues to struggle with everything going on in her little life. She’s still finding it hard to understand why Baby Sully is Christian and can’t stand the constant conflict between the adults in her life. As the holidays approach, she disappears while her parents are arguing. Granddad Victor launches a search party for the little girl. Will she be found this week? You need to tune in to find out!

The Young and The Restless/YouTube

Ashley drills Jack this week. Lauren gets support from an old friend. Christine wonders why Paul is putting Dylan in a certain situation. Hilary and Devon try and learn from mistakes they have made in the past. The Newman family learns what Christmas is all about this week.

After Christmas hits, Genoa City will see the return of another popular character, Colin Atkinson. It seems that Y&R fans will be seeing more of Colin come the new year. Tune into to see Tristan Rogers in January as he will be involved in an interesting storyline that Y&R audiences won’t want to miss. Stay tuned for more details around this developing story! 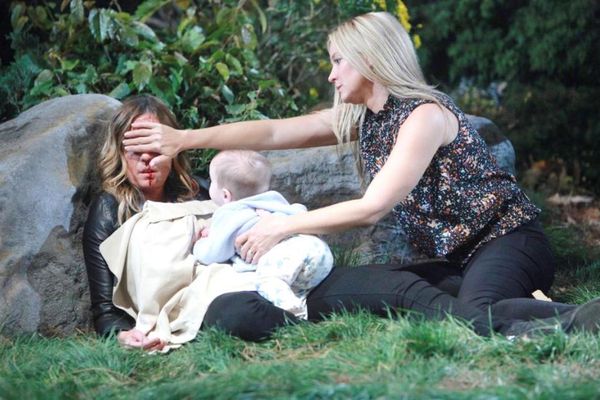