One thing that celebrities like about fame is the high life. So much so that when they lose their fortune, they typically can’t let go of the lifestyle. Here are 7 celebrities who can longer afford the high life, but can’t accept living within their means:

Jon and Kate Gosselin enjoyed the fame and fortune that came with having their own reality show. Sources say that they earned up to $75,000 per episode. When they broke up, they spent their time fighting over their money. Because of Jon, the show, which was the family’s bread and butter, was canceled not long after Kate filed for divorce and both of them were forced to find new ways to make money. Kate has arguably done better than Jon (who is reportedly broke and says that he is “too famous” for a real job) because she knows she needs to work to afford their $1.2 million house, as well as provide for the eight kids, but neither one of them can really afford it anymore.

For years now, we’ve been hearing about Lindsay Lohan’s financial problems. Ever since her legal problems began, the lucrative acting jobs she’d come to enjoy stopped coming in. In 2011, she told a judge that she couldn’t afford the private court-ordered psychological treatment because her Screen Actors Guild coverage had run out due to a lack of acting gigs. In 2012, she owed close to $300,000 in back taxes for 2009, 2010 and 2011 and the IRS seized all of her bank accounts in an attempt to secure payment. In 2014, it was reported that Lindsay was broke yet again despite getting paid a reported $2 million by Oprah to do a docu-series. In spite of her financial problems, she has never stopped living the high life. Even though she has no acting projects to fund her exploits, she’s often spotted dining out, vacationing on yachts and partying all over the world. Many believe that she has wealthy benefactors that fund her lifestyle since she obviously cannot afford it.

Tori Spelling’s father Aaron Spelling was exceedingly wealthy; however, when he died, he only left her about $800,000, which she blew through really quickly. Although she’s managed to create a reality TV career for herself and her family, money has always been a problem. According to Star magazine, she and her husband Dean McDermott blow through half a million dollars a year and they don’t have steady work. They obviously need to curb their spending, but Tori doesn’t want to change her lavish ways.

When Taylor Armstrong’s husband Russell Armstrong committed suicide in August 2011, he left her in serious debt. The only money that she had coming in was from her gig on the Real Housewives of Beverly Hills. At the time of Russell’s death, they were being sued for allegedly defrauding MyMedicalRecords for $1.5 million. Although Taylor was able to settle the lawsuit, it was quickly discovered that she had few liquid assets. Neither she nor Russell had any real estate, so she had to hand over personal property, like her $250,000 engagement ring and her Hermes bags, which turned out to be fake. Taylor is one of the few Real Housewives that cannot afford the high life, and even when she seemed to have it all, it was just an illusion.

This past summer, 50 Cent shocked everyone when he filed for bankruptcy. The man was estimated to be worth about half a billion dollars by the Washington Post, which is what made this even more surprising. Apparently his reckless spending and reckless behavior were to blame. Prior to his filing, a judge had just ordered him to pay $7 million to a woman for posting her sex tape online without her consent. This came after a federal judge had ordered him to hand over $17 million to headphone manufacturer Sleek Audio for allegedly copying one of their designs. According to Forbes, 50’s assets totaled $24,823,899.18 and the court rulings estimated his debt to be $32,509,549.91. At this point, it doesn’t look like he has two cents to rub together.

LeAnn Rimes and Eddie Cibrian live pretty lavishly, especially considering that he is mostly an out of work actor and she hasn’t had a hit album since Family. In spite of this, they still take a lot of vacations; LeAnn buys Eddie a lot of toys (like his Porsche); and they live in multi-million dollar mansions. According to Star magazine, LeAnn and Eddie borrowed the $350,000 down payments for their current home in Hollywood’s Hidden Hills from their friends and they haven’t paid them back. The magazine also alleges that LeAnn has blown through her $20 million fortune. It sounds like these two are probably living on credit – which can’t be a good thing.

Tyga wants us to believe that he’s loaded, but the truth is he’s got major financial problems. His ex landlord is currently suing him for $70,000 in unpaid rent and he owes the IRS more than $19,000 in back taxes for 2009, 2010 and 2011. In 2014, a judge ordered him to pay $200,000 for reportedly stealing $91,000 worth of diamond and gold jewelry. His financial issues are ongoing. This year, it was reported that he was trying to buy a $10 million mansion and has been in escrow three times, but he keeps backing out because he keeps coming up short on cash. Tyga obviously enjoys the high life – his reality show Kinging with Tyga ­– details his opulent lifestyle, but the man obviously doesn’t have the funds needed for it. 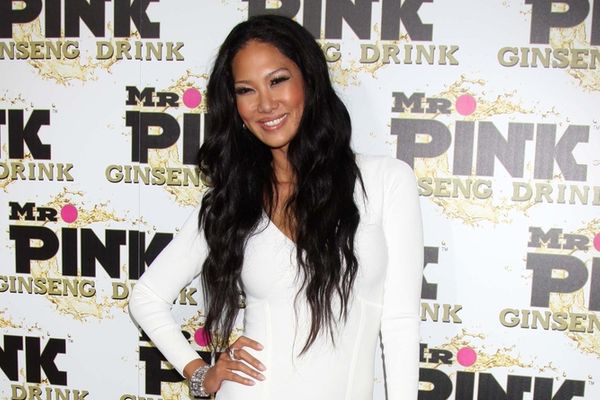