In Tinseltown, celebrities get married and divorced all the time. It is the one constant – that and scandals. Sometimes celebrities file for divorce only to have the divorce petition thrown out so that they reconcile. Some of these couples are so dramatic that they reconcile after filing only to file again. Regular people can’t afford all the legal fees that come with this sort of indecision, but celebrities can and they do! We have a list of 7 celebrity couples who have filed for divorce only to call it off. Some of these couples reconciled and stayed together for good, while others filed again and went through with it. You’d think that when they filed for divorce the first time they would’ve been sure – apparently not!

Snoop Dogg filed for divorce from Shante Broadus, his high school sweetheart, in 2004; however, they reconciled months later and he withdrew the legal petition. According to him, the music industry is what tore apart their relationship – that and his infidelity. “I fell back in love with my wife and kids. A lot of times you get cloudy. This music industry is a mother, man, and it’ll take your vision and blur it,” he told MTV.

During Snoop and his wife’s separation, their daughter Cori was diagnosed with an autoimmune disorder. This is what ended up bringing them back together. “Without (Snoop), I don’t know what I’d have done. It’s amazing how this all turned out. We were gonna get a divorce. But we wouldn’t have gotten through it (the lupus diagnosis) that way,” Shante told People magazine. “That’s what it boiled down to. Cori’s lupus showed us we need to be together forever,” Snoop added.

Charlie Sheen’s relationships with women have always been rocky. When he was married to Denise Richards, it was no different. Things got so bad between these two that she filed for divorce while she was pregnant with their daughter Sam in March 2005. They briefly tried to reconcile for the sake of their daughters; however, things failed to get any better. Richards re-filed her divorce petition and sought a restraining order against Sheen, alleging that he had threatened her life.

Pamela Anderson and Rick Salomon have had a rather unusual relationship. They married in 2007, only for the former Baywatch star to file for divorce a couple of months later. They ended up having the marriage annulled, citing “fraud” as the reason. Anderson has always had difficulty breaking up with her former lovers. She and Tommy Lee have reconciled many times since they originally split and the same thing seems to have happened with Salomon as well.

In January 2014, Anderson announced that she and Salomon had remarried. Their second marriage had lasted slightly longer than their first. In July of that same year, she filed for divorce again. A week after the filing, she was spotted kissing her estranged husband while they were out and about together. A few weeks later, she requested that her divorce filing be dismissed. In February 2015, she filed for divorce again and the divorce was finalized that April.

Billy Ray and Tish Cyrus have had a rocky go at things. For a few years, these two went off and on like a light switch. In 2010, he filed for divorce from her, citing irreconcilable differences; however, a year later, he announced that they had reconciled. “I’ve dropped the divorce,” he said during an interview on The View in 2011. “I want to put my family back together…Things are the best they’ve ever been.”

While it initially looked like the Cyrus’ were working things out, in June 2013 Tish filed for divorce, citing irreconcilable difference. Only a month later, the couple announced that they were patching things up with a little help from couple’s counseling. “We both woke up and realized we love each other and decided we want to stay together. We both went into couples therapy, something we haven’t done in 22 years of being together, and its brought us closer together and really opened up our communication in amazing ways,” Billy Ray’s rep told Us Weekly.

Sean Penn and Robin Wright had a rather tumultuous relationship. They got together in 1989 and were married in 1996; however, by the mid to late 2000s, it became clear that they were having serious problems. In 2007, Penn filed for divorce, but his petition was later dismissed. Around this same time, Wright filed her own paperwork; however, it was later withdrawn at their request.

They did this again in 2009. Penn filed for legal separation in April of that year, but withdrew his petition a month later. That August, Wright filed for divorce again, declaring that she had no intention of reconciling with him. Many initially gave her the side eye, seeing that they had done this before; however, she proved us all wrong and went through with the divorce.

Dennis Quaid and Kimberly Buffington have had a rather rocky relationship. They married in 2004 and had twins together; however, in 2012, she filed for divorce, claiming that the marriage had “become insupportable because of discord or conflict of personalities.” She withdrew the divorce papers a month later. In October of that same year, they decided to separate. She reportedly was fed up with his cheating and wanted out. That November, he filed for divorce.

For a while there, it looked like these two were really over; however, in March 2013, they both had of a change of heart and decided to give the relationship another shot even though they had already signed the divorce papers. They asked the judge to throw the divorce petition out so, as of September 2013, the divorce was officially dismissed. In June 2016, they announced in a joint statement that they were divorcing; however, it hasn’t yet been finalized.

Chynna Phillips impulsively served Billy Baldwin with divorce papers back in December 2010. She was under a lot of personal and professional stress at the time and wasn’t thinking clearly. After realizing what she had done, it took only a matter of days for her to ask her lawyers to revoke the filing. “I was like, ‘What am I doing? This is my family, I have to fight for it,’” she told People magazine. And fight she did!

According to Phillips, she had been feeling domineered by Baldwin. “I met Billy at 23. You change a lot in 20 years. My husband has never been abusive in any way, but he’s 62” and intense, so when he expresses himself, it can be very intimidating. I shut down, like I’m a 5-year-old mentally,” she said. These two have since had counseling to help them overcome their communication problems and it worked. Today, they are still going strong. 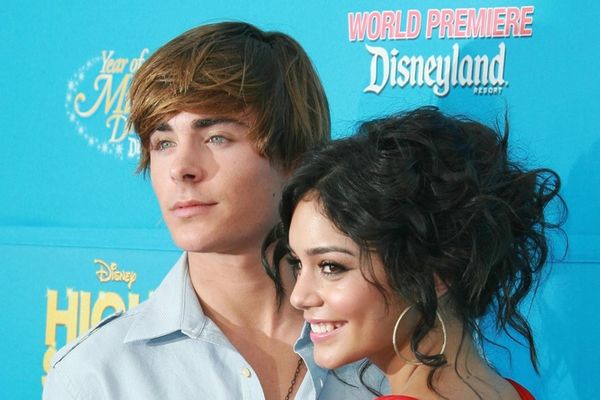