13 Films That Ruined These Celebrity’s Careers

Hollywood is a pretty cutthroat place, even for established actors and actresses. Sometimes a single film can stall an otherwise promising career. This doesn’t mean that these actors and actresses are unemployed and not able to get any more acting jobs. Many of them do continue to work. Unfortunately, because of their bad movie choices, their careers as bankable movie stars are pretty much over. We have a list of 13 celebrities who derailed their careers with one bad movie choice. Even though many of them are still around, we don’t expect to see them in any high profile movies again.

During the mid ‘90s, Demi Moore’s career was on fire. She was the highest paid actress in Hollywood and had roles in a string of box office successes. The Golden Globe-nominated actress seemed unstoppable until she starred in Striptease, a sex-comedy that was reviled by critics and considered a financial flop. Moore’s career never really recovered. She has had a several film roles since; however, her career as a bankable movie star has been over for almost two decades.

Being cast to take on a role as iconic as Superman would surely mean instant stardom, but unfortunately that wasn’t the case for actor Brandon Routh when he brought the superhero back to the big screen in 2006’s Superman Returns. To the dismay of DC Comics fans the film was panned by Superman fans and critics alike which spelled trouble for Routh. Instead of launching him into super stardom as was expected, the film reverted the actor into obscurity, and while he continued to act he has not been seen in any other big budget film. Interestingly enough, his return to the spotlight came nearly a decade later where he boldly entered the superhero realm again as The Atom/Ray Palmer on The Flash which lead to reprising the role in Arrow and Legends of Tomorrow.

At 6’5″ and with model good looks, Armie Hammer enjoyed launching his career as Gabriel Edwards on Gossip Girl before leading into his film career with 2010’s The Social Network and 2012’s Mirror Mirror. While Mirror Mirror wasn’t especially well received, it was 2013’s The Lone Ranger that was supposed to be Hammer’s launching vehicle as one of Hollywood’s next most sought after leading men. With star power such as Johnny Depp to help guide him in his first major big screen venture, there were high expectations for the film, so when it fell flat it was the actor’s career that suffered. The film was a certified box office bomb with one critic writing, it is “a jumbled botch that is so confused in its purpose and so charmless in its effect that it must be seen to be believed, but better yet, no. Don’t see it, don’t believe it.”As a result, Hammer’s career fizzled out and while he has begun distancing himself from the movie with roles in Call Me By Your Name and On the Basis of Sex, it looks like he won’t be the leading man that he was supposed to be and it is all because of The Lone Ranger.

There have been few films that have been as widely panned as 2004’s Alexander. Only one year before, Colin Farrell had gained status in Hollywood as a charming leading man with S.W.A.T. and Alexander was supposed to make his growing resume even more impressive, but instead it had the opposite effect. After some truly awful reviews, Farrell’s career plummeted and while he continued to land lead roles those movie were also poorly reviewed, until finally Farrell was no longer seen as the lead in big budget films.

Chris O’Donnell’s career was on the rise when he landed the part of Robin in the Batman sequel, Batman & Robin. Although the film was a box office success, it received extremely negative reviews and is considered one of the worst movies that was ever made. O’Donnell hasn’t headlined a movie since; however, he has found some success on the smaller screen in shows like Grey’s Anatomy and NCIS: Los Angeles.

Geena Davis was considered one of Hollywood’s most bankable stars when she took one of the lead roles in the pirate-themed film, Cutthroat Island. Unfortunately for her, the film ended up being a tremendous box office flop and failed to impress critics. It only ended up earning back $10 million of its $98 million budget and effectively ended Davis’ career as a movie star. She has only been in a handful of movies since and has instead focused her efforts on television.

Before the Twilight series had finished filming its last movie, it had become increasingly clear that Robert Pattinson was not taking to fame kindly. As a result more attention was given to his male co-lead Taylor Lautner, who seemed much more ready for continued success following his exit from the teen-targeted franchise. In 2011, Lautner took his next step towards distancing himself from Twilight and his Jacob Black character with the thriller Abduction. Unfortunately, the film and Lautner’s performance was heavily criticized, and all of a sudden no big ticket roles seemed to be lined up for the up-and-coming star. While his big screen career fizzled out as quickly as it began, Lautner did enjoy renewed interest after starring in 10 episodes of the now cancelled series Scream Queens.

Halle Berry will always be considered one of Hollywood’s most beautiful women, but in terms of her actual work, she will unfortunately always be remembered for serving up one of the worst films of all time. Back in 2004, Berry shimmied into some very tight spandex as the lead of the DC film Catwoman. The film became one of the most talked about critical and commercial failures in the movie industry and despite her own fame and reputation, Berry’s career took a direct hit as it has continued to be regarded as one of the worst films of all time. While Berry has continued acting, she has not landed a big budget lead since, and has simply taken refuge as part of the ensemble cast of the X-Men franchise.

For reasons not entirely clear, Taylor Kitsch wasn’t really given a fair chance before his career could even get off the ground. While he stole the show as Tim Riggins on Friday Night Lights, critics didn’t seem to think he would have the ability to be a leading man on the big screen, and in 2012 he took his shot as the lead in the science fiction film John Carter. There were extremely high expectations for the film as one of the most expensive movies ever made, but upon its release it flopped, and most of the blame was placed upon Kitsch. While he took on roles in Battleship and Savages, it was clear that they weren’t going to take another chance on him leading a big budget film.

Elizabeth Berkley was trying to establish herself as a movie star when she landed the lead role in Showgirls. Unfortunately, the controversial film was so poorly received and such a box office disappointment that it destroyed her prospects as a leading lady on the big screen. Since then, she has mostly stuck to supporting roles on made-for-television movies and television shows like The L Word, CSI Miami and Dancing with the Stars.

Mariah Carey’s first and only attempt at headlining a film was a complete disaster. Glitter was a box office bomb. It only grossed back $5 million of its $22 million production budget. Critics also panned it and, to this day, many consider it one of the worst films ever made. To make matters worse, around this same time period, Carey suffered a mental and physical breakdown and Virgin Records bought out of her recording contract. While she has since been able to get her music career back on track, her movie career only includes a few supporting roles.

Hayden Christensen’s role as Anakin Skywalker/Darth Vader should have propelled him to stardom; however, the only thing his wooden acting got him were two Golden Raspberry Awards for Worst Supporting Actor for both Star Wars films. Since Stars Wars Episode III: Revenge of the Sith the Canadian actor has had a few roles in various films, but most of them – if not all – have been completely forgettable. Christensen could still make a comeback but, at this point, it doesn’t seem likely.

Mike Myers’ role in The Love Guru has pretty much ended his career as a leading man. Although he has since starred in the last installment of the Shrek franchise and had a minor role in Inglorious Basterds, we don’t expect to see him writing, producing and starring in any more films. The Love Guru was such a flop that it earned Myers Golden Raspberry Awards for Worst Picture, Worst Actor and Worst Screenplay. Ouch! 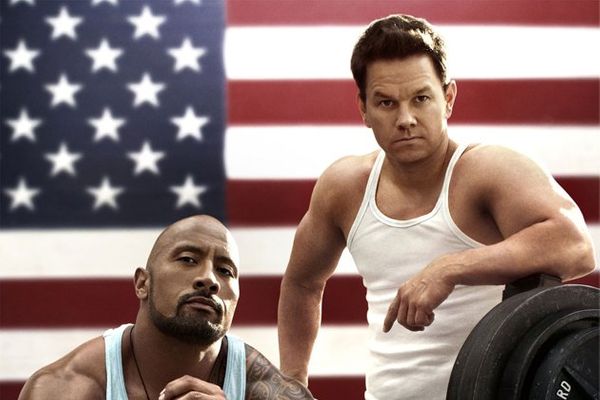 12 Worst Movies That Were Based On True Stories