7 Gay Celebrities Who Were Married To The Opposite Sex

The United States has never been the most accepting place for gay people. While some states support gay marriage, many still don’t. Many people, even today, are scared to come out. Things were a lot worse in past. Many gay celebrities who are out now had a lot of difficulty coming out in the past. Some of them were so scared to come out that they married a person of the opposite sex in an effort to camouflage their homosexuality. While all of these 7 celebrities are out now, all of them at a one point were in straight marriages, despite being attracted to people who were of the same sex.

Anne Heche is best known for her relationship with Ellen Degeneres; however, before these two got involved, she had only dated men. When her relationship with the now famous talk show host ended, Heche moved onto a man she had met while she was still involved with Degeneres, Coley Laffoon. These two quickly married and had a child, Homer. Once that relationship soured, Heche hooked up with another man, actor James Tucker, who she is still with. According to her, she changed her mind about being gay and “closed that door.”

Wanda Sykes has said that she comes from a really conservative family, so we are going to assume that her family is one of the reasons why it took her so long to publicly come out. According to her, she knew from a young age that she was more attracted to women; however, in the early ‘90s, she married a man, record producer David Hall. After their divorce, Sykes started dating women. In 2008, she publicly came out and now she is currently married to her longtime partner, Alex.

Portia de Rossi is one half of one Hollywood’s most powerful lesbian couple; however, before her relationship with Degeneres, she was briefly married to a man, documentary filmmaker Mel Metcalfe. The relationship seemed to be one based on convenience. The Australian actress wanted to get a green card out of it; however, after a few years of marriage, Metcalfe ended up leaving de Rossi for her brother’s wife. It took her several more years for her to publicly come out.

Elton John is arguably one of Hollywood’s most famous gay men; however, early on in his career, before he formally came out, he claimed to be bisexual. The world-renowned singer dated various women and even married his close friend and sound engineer, Renate Blauel, in 1984. The marriage only lasted three years. Some speculated that the marriage was just a cover for his homosexuality. In 1988, a year after his marriage ended, John told Rolling Stone magazine that he was comfortable being gay, so maybe there was some truth to the rumors.

Prior to her marriage to Christine Marinoni, Cynthia Nixon was in a long-term relationship with a man, schoolteacher Danny Mozes. Although they never married, she and Mozes were together for 15-years and had two children together. According to the former “Sex and the City” star, before her relationship with Marioni, she only had relationships with men and, since falling in love with a woman, she considers herself bisexual.

Peter Marc Jacobson was married to Fran Drescher for 21 years. Even though he told her that he was bisexual during their marriage, it wasn’t until they split up that he realized he was gay. Since their divorce, Jacobson has only dated men. Surprisingly, he and Drescher are still remarkably close. He still really loves her and doesn’t regret any of the time he spent with her. Had the world been more accepting of gay people when he was young, Jacobson might have come out sooner. 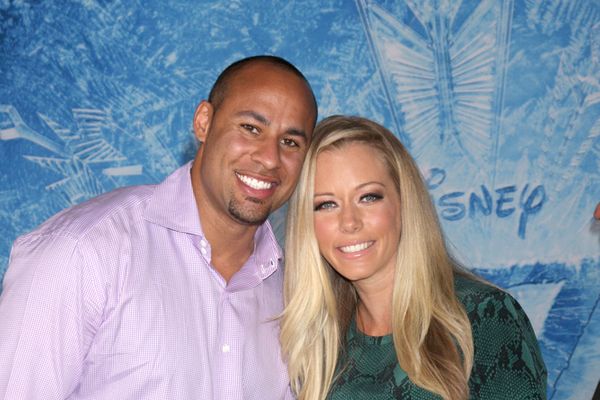 7 Celebrities Who Are Accused Of Being Gay, But Deny It