Calling all General Hospital (GH) fans! The weekend may be over, but we have an entire week of daytime drama ahead of us! Learn more about what will happen in the land of Port Charles, in the below GH spoilers for the week of June 6th.

Continuing with their investigation in Nikolas’ murder, JaSam think the powerful prince may have staged his death. While at first they consider reaching out to Port Charles’ police, they come to the conclusion that they need more evidence. They enlist Spinelli, who returns to GH on Friday (and is quite happy Jason has his memory back). Both Damien and Sonny join JaSam’s efforts to find out the truth about Nikolas. Jason finds some helpful information and then Spinelli finds something crucial to the investigation.

Nathan finally tells Maxie the entire story about shooting an unarmed man during his marriage to Claudette. Maxie is shocked, not really knowing what to think or do — and Nathan begs her to stay with him. Speaking of Nathan, he delivers a warrant this week, but what case is it for? Between the hospital serial killer, Carlos Rivera’s murder, and the Nikolas Cassadine case — there’s three different cases going on right now. Spoilers indicate it may be the Rivera case, as the Cassadine dagger will be brought into police this week.

This case gets pretty intense this week as Lucas is unable to help Jordan with her investigation and remember anything about what happened to him during his attack. As the week progresses, he does have a memory flash that could implicate someone. While Carly throws out an accusation, Griffin is frustrated. He was the only doctor on staff that night, wearing a lab coat that looked much like the attacker was donning. Monica also has a one-on-one with Hamilton Finn about the situation. Dante has someone followed.

Not only is her husband gone (with the diamonds in tow), Hayden is also dealing with mommy and frenemy issues this week. Hayden questions why her mom, Naomi has ended up at Wyndemere, and it appears that all dear mother wants are those diamonds. Hayden’s mom does give her a hand when dealing with the FBI and spoilers indicate that Naomi may also have information to tell Hayden, regarding their family. On the frenemy side of things, Franco acts like a sounding board this week for Liz, as she goes off about Hayden. Franco tells Liz he can help her get back at Hayden, but is Franco just really interested in spending more time with the beautiful nurse?

3. Sonny Deals With His Kids

Sonny worries about Morgan, and his relationship with Kiki. The mob boss has a sneaking suspicion that someone is trying to break up the pair and has no idea that it is over. Morgan wonders this week, how his life will be outside of the mental institution. He tries to stay up beat, thinking he may still have a chance with Kiki. Meanwhile Kristina has someone new in her life — Aaron. But she still can’t get Parker off her mind. Aaron and Kristina talk about opening up a business and Sonny’s daddy radar goes off. Is Aaron someone that can be trusted, or is he up to something? Only time will reveal the true intentions Aaron has.

The honeymoon phase is clearly over for Julian and Alexis. Julian goes off on his wife, when he realizes that she has kept a shirt of his that happens to have Carlos’ blood smeared on it. Alexis is shocked by his actions, and Julian immediately realizes the mistake he has made. The world is closing in on him, especially after PCPD gets a hold of the Cassidine dagger. Julian advises Ava to go on vacation until all this blows over and she doesn’t argue with him.

While Anna wouldn’t touch him with a ten-foot pole, Paul is yearning for some romance with her and it’s growing more and more apparent. Paul reaches out asking her if they can start with a clean slate, while she agrees, she still has her eye on him. Meanwhile, Tracy shocks her family when she is nice to Sabrina and makes the young lady an offer. Could it be about Sabrina’s baby? Should Tracy be trusted? Spencer and Emma spend some time together this week. Will Spencer reveal that he is worried about his dad? Or will he continue to brush it off? Emma also receives a gift — is it from Spencer or someone else? 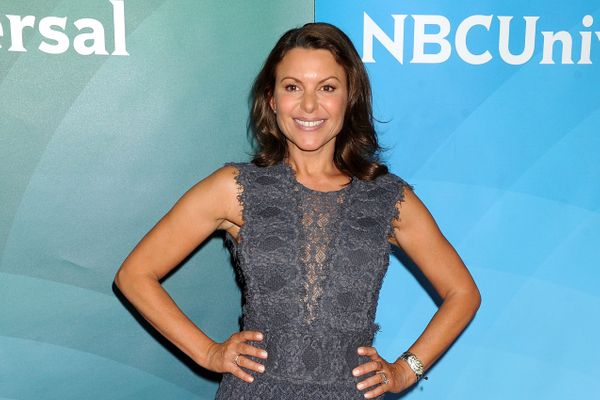