7 General Hospital Spoilers For The Week (May 9)

Grab a coffee, and settle into a comfy chair General Hospital (GH) fans, because this is the week many of you have been waiting for! Find out more about Jason, Sam, Nathan, Dante – and why you’ll be seeing Robin and Duke make some cameos this week – in the below spoilers for May 9th to the 13th.

The accident involving the prison transport becomes a good news/bad news situation. Good news because Jason remembers! Bad news because Dante will be injured, and Nathan will be in critical condition. Carlos also escapes and Robin shows up as a hallucination to Jason. Sam will be upset at first, once she realizes Jason remembers, she is quite overjoyed by the situation.

Maxie turns to Lulu and explains why she can’t shake the idea of Claudette as it relates to Nathan. In fact, this will cause her to delay her arrival at GH when Nathan rolls in. Maxie bonds with Obrecht and the two ladies worry about Nathan’s fate.

Alexis will be confronted by her eldest daughter, Sam, when it comes to Carlos’ escape and Julian. She’s not the only one who will confront Alexis this week, as Jordan approaches Alexis, wondering if Julian is winning the battle when it comes to corrupting his wife. Naturally a skeptical Alexis continues to ask Julian questions, as her doubts grow bigger and bigger. She eventually figures it all out this week and as the days progresses, Alexis wonders just how much her husband has lied and gone against her.

Another old GH friend who makes a cameo this week is Duke. Spoilers indicate that Anna’s life is in jeopardy this week as well…could it be an escaped Carlos? Regardless, Duke returns as a ghost and visits Anna. She also gets another shocker this week, along with Sonny, as Griffin shares something about his past with the both of them.

3. The Cassadines Are At It Again

Liz and Curtis help give advice to Mr. and Mrs. Cassadine (Nikolas and Hayden) this week. By the end of the week the young married couple clearly shakes these wise words away and are once again plotting against one another.

Franco regrets separating from Nina this week and Kiki lends a hand by approaching Nina. She’s been encouraging her to give him another chance. In the meantime, Franco also turns to his mom, Heather Webber, to get some advice. But will the two reunite this week? Spoilers indicate…no. While they do get a chance to, the moment slips by them when someone interrupts.

Julian uses the Cassadine dagger that was left to Alexis from Helena. Dante and Lulu chat about their options while Michael jumps in for the rescue this week, but the real question is, who is he rescuing? 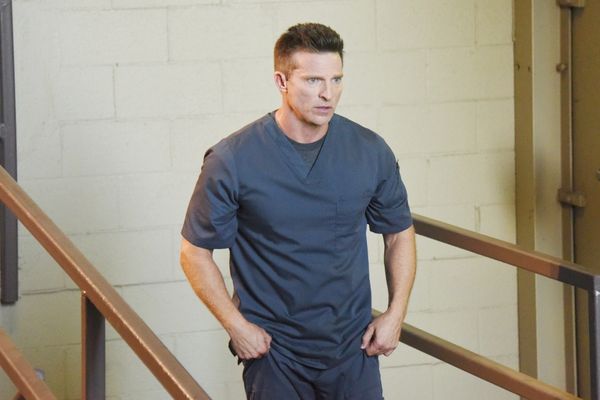