In the world of television, ratings are king. It doesn’t matter if a TV show is critically acclaimed – if it doesn’t have the ratings, networks won’t hesitate to cancel it. Over the years, some really amazing shows have gotten the axe because they didn’t have a big enough audience while many mediocre shows have kept going simply because more people were tuning in. Here are 10 great shows that, sadly, were cancelled after just one season:

Joss Whedon’s space western drama Firefly was cancelled after only eleven of its fourteen episodes aired back in 2002. In spite of its short life, the show still developed a loyal cult following; however, it didn’t get high enough ratings. One of the reasons that it might not have resonated with viewers when it was on air could be because the episodes were aired out of order and as a result lacked the psychological tension that Buffy the Vampire Slayer had. While the show was cancelled after less than one season, its post-airing success led to the show getting its own movie, Serenity, which was released in 2005.

Trophy Wife received positive reviews from critics when it premiered in September 2013 and was considered one of the best new shows, but thanks to a terrible time slot and an unfortunate name that didn’t even convey what the show was about, it was doomed to an early grave. After only one season, Trophy Wife was cancelled in May 2014 due to low ratings, which had been declining since the previous fall.

Despite positive reviews and buzz, ratings for the comedy-drama series Privileged continued to fall over the course of its one season run. The CW did its best to boost the show’s audience by testing it in various time slots but to no avail. Viewers just didn’t seem interested in the show, which followed a perky young journalist who becomes a live-in tutor for two wealthy teenage girls, even though it matched the network’s target demographic.

The Judd Apatow show, Undeclared, was another one season wonder. When it aired from 2001 to 2002, it received critical acclaim, but the ratings weren’t nearly positive as the reviews. Fox then began airing the episodes out of order, which infuriated Apatow. By spring, the show, which had been ranked number three on Time’s list of best television shows in 2001, was cancelled. It’s too bad because it really had potential!

Bunheads, from Gilmore Girls’ creator Amy Sherman-Palladino, was positive received when it aired on ABC for one season from June 2012 to February 2013. It featured a lot of the same witty dialogue and pop culture references as Gilmore Girls, which garnered the show a loyal fan base but, unfortunately, its ratings were lukewarm. Many sites implored ABC Family to renew the series for another season, but it was too late. By early July 2013, the sets were already torn down and it was only a few weeks later that it was announced that it was cancelled.

When it aired from 1999 to 2000, Freaks and Geeks received critical acclaim from television critics; however, in spite of recognition, it was cancelled before all 18 episodes of season one had aired. One of the reasons for the show’s early cancellation was its erratic scheduling and its bad time slot. There was also the conflict between the NBC’s network president and the show’s the show’s creators, producer and director. The network wanted the characters on the show to “be cool” while the writers wanted to represent the average of high school experience. In spite of its early cancellation, Freaks and Geeks has gone down in history as one of the greatest shows of all time.

My So-Called Life was met with widespread critical acclaim when it debuted in August 1994, but it wasn’t enough to save the show from being cancelled after just one season. To be fair, its time slot had it competing with the top 10 hit sitcoms Mad About You, Friends, Martin and Living Single, and it was produced before there was a surge in youth and teen programming. When the show was cancelled, fans launched an online campaign to save the show, but it wasn’t enough. The star of the show, Claire Danes, had already made it clear that she didn’t want to be involved if the show if it were to continue for a second season due to the mental and physical demands of production and the difficulties balancing school work with this. It’s too bad cause it was a really good show! 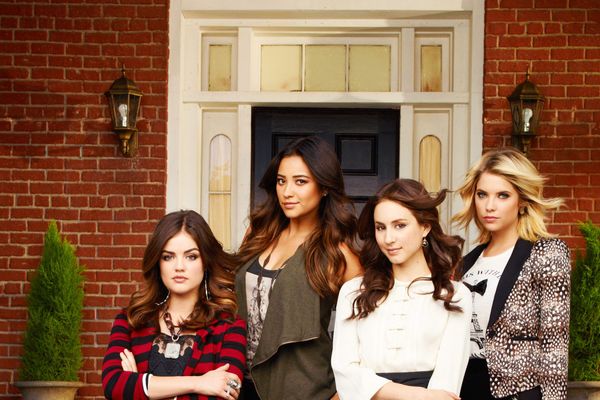