Let’s face it, we don’t watch reality TV to stimulate our minds or develop a firmer sense of morality. We watch because we can’t look away from the train wreck of dysfunction. And when siblings’ rival, the entertainment value is at max capacity! This list takes a look at the 7 most outrageously dysfunctional reality TV siblings:

Not actual sisters, but close enough! The cast of Sister Wives have issues that are completely unique from mainstream society. Sister Wives stars Robyn and Meri Brown make nice for the cameras, but in a recent scandal, their actions on social media tell a much different story. Life & Style has reported that a Facebook thread has surfaced in which Robyn calls Meri a b*tch, says that she is “tired of her crap,” and that she makes them “all look like idiots.” The hostility between the women is apparently nothing new. Ever since Kody legally divorced Meri in order to marry Robyn, sources have said that Robyn has been the favorite. “Kody spends all of his time with her. If it’s another wife’s house date, he’ll go over at midnight and be back with Robyn by 6 a.m….He’s supposed to love and honor each wife.”

Alright, so there may not have been too much drama between Lindsay and her sister Ali directly, but it was clear on the E! reality series Living Lohan that the younger sis was grasping on to ride Lindsay’s coattails while pursuing her own music career. The entire family was willing to exploit Lindsay’s fame! No list about dysfunctional families would be complete without the Lohans. Lindsay’s mother, Dina, has made allegations of domestic abuse towards Lindsay’s father Michael, and has even blamed him for Lindsay’s drinking problems. But it’s not all love lost for this family. When Jennifer Lawrence made light of Lindsay’s substance abuse, Ali fired back to defend her sister and said Lawrence had lost a fan.

19 Kids and Counting takes dysfunction to a whole other universe! The show followed the ultra religious fundamentalist Duggar family as they continued to “multiply and be fruitful.” The show however came to an abrupt halt when accusations surfaced that the eldest son Josh had molested five young girls including two of his sisters. While the parents attempted to cover up the scandal, TLC dropped the show. It was later revealed that Josh was not only a pedophile, but also a porn-addicted adulterer. If that isn’t dysfunctional, I don’t know what is!

The Kardashian family is famous for being famous, but not all of the fanfare, or much of the fanfare for that matter, has been positive. Kim sparked the snowball/landslide of tabloids filled with the six K-sisters after her leaked sex tape became a staple among the celebrity sex tapes shelves. The subsequent interest in the family has resulted in Keeping up with the Kardashians, a show full of not-so-subtle sibling rivalry and familial dysfunction. In addition to the sex tape, there are countless failed marriages and relationships, questions of paternity, rumors of infidelity, questionable Instagram pics, slanderous jokes of jealousy, and good ol’ fashioned bickering. While the family really seems to love and support each other, it’s clear that their place in the spotlight relies on keeping up the scandal!

The E! series Stewarts and Hamiltons was short lived, probably because most of the drama didn’t happen for the cameras. The show followed the blended families of Alana Stewart, including her children Kimberly Stewart, Ashley Hamilton and Sean Stewart, as well as ex-husband, George Hamilton. These siblings were born into great privilege, and as such, have indulged in their share of wild antics! Ashley Hamilton suffered from an eating disorder and substance abuse. Sean was arrested for riding an airport baggage carousel, and Kimberly Stewart is said to have hooked up with her friend, Kourtney Kardashain’s man and America’s most hated man, Scott Disick! Yikes!

Life with the Osbournes was never short of drama, and for siblings Jack and Kelly, the series put their antics in the spotlight. The eldest of the Osbourne children, Aimee, refused to be a part of the reality series citing, “I wanted to protect myself, my parents, my siblings, too. They were very young, very impressionable.” And she was right. At the ripe old age of 13-years-old, Jack got drunk for the first time and began on a troubled course of addiction. In 2003 Jack checked himself into rehab for a dependency on the pain killer OxyContin. On the other hand, Kelly has developed a reputation for her nasty temper and demanding diva ways. Recently she’s been banned from two parks after yelling at a woman and child for bothering her niece, and back in 2008 the reality star turned singer turned fashionista was arrested for assaulting a gossip columnist who insulted her fiancé at the time. Meow!

Hogan Knows Best followed the lives of WWE wrestler Hulk Hogan, his wife Linda, and children Brooke and Nick. The show was cancelled following the breakup of the family in a messy divorce and some sloppy boo boos by the kids. Nick was involved in a car wreck that left his best friend John Graziano with severe brain injuries that will require him to have 24-hour-a-day care for the rest of his life. Nick was charged with reckless driving involving serious bodily injury, use of a motor vehicle in commission of a felony, a person under the age of 21 operating a vehicle with a blood alcohol level of 0.02 or higher, and illegal window tinting. He was sentenced to eight months in jail, but wound up serving just under six months. His sister Brooke bombed as well, but not quite so brutally. She made a failed attempt at launching a country music career, which wouldn’t have been so bad, except her famous father was caught on video making racist and rude remarks about how she used his money to promote her career and how she was sleeping with a black man. Esh! 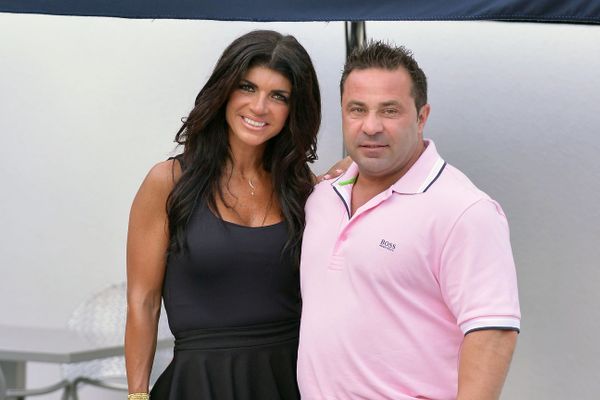 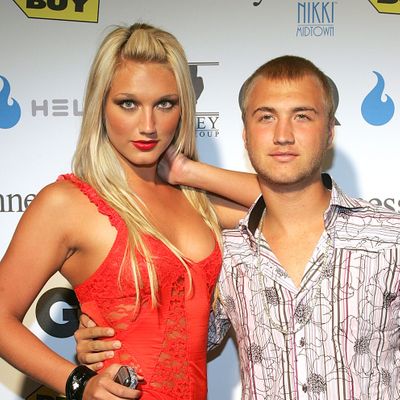