7 Signs Scott And Kourtney’s Relationship Was Going To Fail

Scott Disick and Kourtney Kardashian may have just broken up but, for many of us onlookers, this has been a long time coming. So much happened during their nine-year relationship and, thanks to the Kardashian family’s various reality TV shows, we’ve been privy to an awful lot of it. We really feel for both of them during this difficult time but, at the same time, we feel that this breakup is for the best. These two have been going through the motions for several years now and there have been so many indications that their relationship was going to fail – here are 7 of them!

We think Kourtney’s refusal to even consider marrying Scott had a negative impact on their relationship.

6. Kourtney Was Really Cold with Scott

Kourtney hadn’t been especially warm with Scott since the second season of “Kourtney and Khloe Take Miami.” She almost never showed him any affection and, whenever they have problems, her first instinct is to freeze him out. It was hard to not feel bad for Scott. Everyone needs love and, after that fateful time in Miami, he never really got much.

Since the very beginning of their relationship, Kourtney never really trusted Scott. During the first few seasons of “Keeping Up with the Kardashians,” they broke up a couple of times because of this. Years later, nothing has really changed. When he’s not with Kourtney and the kids, Scott makes bad decisions – some involve alcohol and drugs while others involve other women.

When we learned that Scott bought his own Beverly Hills mansion in December 2014, it seemed kind of ominous. A source claimed that the new house was an investment and that Scott was planning to flip it and resell it; however, many of us weren’t buying it.

Around the time that he bought the house, a source told Us Weekly that Kourtney was planning to dump Scott if he didn’t get his act together once Reign was born. Scott was obviously aware that he was skating on thin ice and that he was probably going to need another place to live.

3. Scott Couldn’t Get His Partying Under Control

While Kourtney really wanted a big family, Scott was more interested in attending a non-stop party. We’ve known for years now that he has a lot of issues and has serious problems with alcohol. It didn’t help that both of his parents passed away about a year and a half ago. Since then, he’s been struggling and his partying has gotten more and more out of control.

Kourtney obviously wanted a few kids, but Scott wasn’t exactly on board. When she told him that she was pregnant with their third child, he was less than impressed. “You just keep suckering me into these kids. I can’t handle all of this responsibility,” he said.

When he found out that she had known that she was pregnant for weeks before finally telling him, he was even less excited about her pregnancy. “This ain’t good. One of my biggest annoyances with Kourtney is that she has not been honest with me, she has known about this for weeks,” he said. “I barely feel like I can take care of myself, I am hanging on by a string here. If we lived in Oklahoma and didn’t travel then fine. But travelling all the time and airplanes, that is when it gets hard.”

These two obviously weren’t on the same page when it came to their plans for a family. In some ways, it feels like Kourtney did all the planning without Scott.

On the Kardashian family’s spin-off series “Kourtney and Khloe Take the Hamptons,” we learned that Kourtney and Scott stopped sharing a bed about five years ago. While Kourtney didn’t seem to have a problem with it, Scott has complained about it on multiple occasions. Not sharing a bed at their age was definitely a sign that the relationship was going to fail. It was only a matter of time. 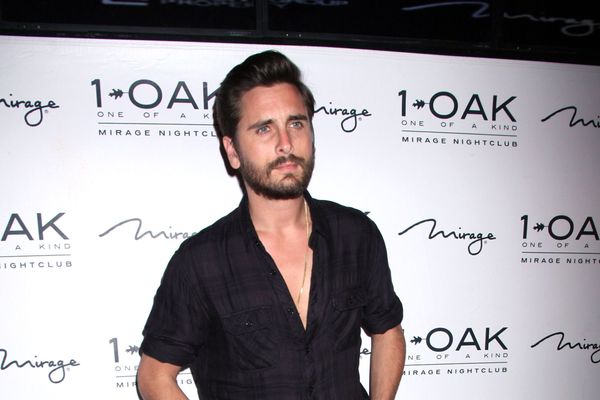