If day-to-day life for normal everyday people can turn into too much of a routine, the same can be said for our favorite soap opera characters. Much like the audiences that adore them, soap opera characters can sometimes hit a plateau when it comes to their characters and it can affect their storylines. Most of the time they simply require a  ‘pick-me-up’ to get them back on track — whether it’s a new plot twist or perhaps a new love interest, below are seven soap opera characters in need of a new storyline.

General Hospital (GH) fans have literally watched sweet and smart Molly Lansing grow up before their very eyes. Actress Haley Pullos entered the role in 2009 as a little girl at the age of eleven, and seven years later she has turned into a lovely young women and accomplished actress. Molly has done a lot in Port Charles since she landed and, with her family roots (i.e. mom Alexis, dad Rick Lansing, not to mention Uncle Sonny), she’s been connected to some pretty interesting storylines over the years. Still, Molly is all grown up and her teenage years are clearly behind her. Perhaps it’s time for ‘little Molly’ to be thrown into some more adult-like storylines or maybe even given a new love interest.

J.J. Deveraux flew into Salem with a pretty intense storyline about three years ago and has since been in multiple plots that have kept Days of Our Lives (DOOL) fans tuned into his interesting character. He’s been involved with drugs, had run-ins with the police, been caught up in love triangles and affairs –J.J. has undoubtedly been a busy bee since he returned to DOOL in 2013. As he straightened out, which was a good thing considering his mom Jennifer Deveraux was losing her mind – it’s also been somewhat of a bad thing for the J.J. character because now his storylines have also slowed down as of late. Sure, he’s been there for his mom during her pill-popping addiction and helped sister Abigail with the Ben Rogers fiasco, her pregnancy, and oh-so much more. Still, perhaps it’s time for J.J. once again to be given a fresh storyline, one that will take him out of the shadows of his family and place the focus on him once again.

5. Leslie Michaelson – The Young and the Restless

Unfortunately, as of late, the only time Young and the Restless (Y&R) fans see Leslie Michaelson is when she is in court or conducting an arbitration. Since her storyline involving Neil Winters, as well as her family drama ended, the character’s storylines and airtime in Genoa City have declined significantly. Sure, things didn’t work out with Neil Winters, but that doesn’t mean that the Y&R needs to give up on this incredibly smart, sassy, not to mention sexy, character. A new storyline could definitely stir up some interest in Michaelson and bring new life to Leslie once again.

4. Neil Winters – The Young and the Restless

As long as we are on the topic of Y&R, another character that is in desperate need of a new storyline is Neil Winters. Everyone’s favorite dad had a downward spiral as of late, falling off the wagon causing an accident with Nikki Newman (which resulted in Christine Blair’s miscarriage), and of course, ruining his adopted son’s honeymoon by stealing his bride and then trying to cover it. Neil is slowly, but surely, transforming back into the hero he once was – and perhaps all he needs is a little love in his life. After all, he practically jumped to the alter with Hilary after only dating her for a short while. It seems all Neil wants is a second chance at love, one that was as intense as what he felt with Dru.

At one point in time, it felt like the entire town of Port Charles revolved around Felicia Jones, as the character was completely in the thick of things when it came to spy action and saving the world. These days we only see Felicia here and there acting as a BFF to Anna Devane, babysitter to Emma, and mother dearest to Maxie Jones. While Felicia has done a lot over the years on the soap and been linked to plenty of GH’s leading men, there is still plenty for her to do. A new storyline involving a little action and intrigue, may just be what this character needs to stay relevant in the land of Port Charles.

2. Paul Williams – The Young and the Restless

Y&R fans see the handsome, sexy and street smart Paul Williams on a weekly (sometimes daily) basis: whether it’s to keep the streets of Genoa City clean and safe, to lend a supportive ear to ex-girlfriend Nikki Newman, or to help further his bond with son, Dylan McAvoy. The character of Paul is so much more than just a dad, friend, and cop – and a new and fresh storyline is needed to bring Paul back to center stage. After all, doesn’t Y&R’s current longest-running character deserve a little plot twist? Or perhaps something a bit bigger than what he’s been doing on the show as of late? A new storyline is definitely in order.

For a little over 35 years now, John Black has been wooing DOOL audiences with his smarts, sexiness and charisma. Thanks to his shady past and Stefano DiMera’s brainwashing, Days audiences know that John Black is a loyal, caring, stand-up guy, but for one reason or another, we still don’t really know who he is – and neither does he. But does that really matter at this point? Hunting down his past, and trying to fill in the blanks of blackouts has been an interesting ride for both DOOL fans and Black alike. Still, enough is enough when it comes to things ‘popping’ out from his past. A new storyline, that focuses less on Black’s past and perhaps more on his future is definitely in order. 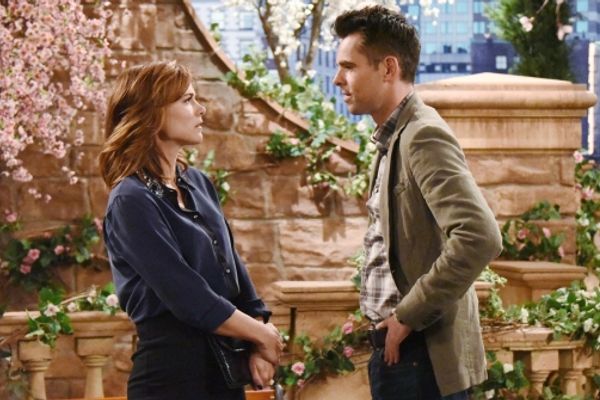