Since daytime dramas air so frequently, fans get rather close to the actors and actresses who play these larger-than-life characters. It is one thing for a character to pass away, but when an actor or actresses dies, soap opera fans mourn terribly. However, with the onslaught of actors/actresses who leave shows and daytime dramas that have been cancelled, it’s hard to keep up with what may be going on in a soap opera star’s life. As such, below is a list of 13 soap opera stars you may not know were dead.

Kay Campbell’s first job was on the radio soap opera Ma Perkins as Evey Perkins from 1945 to 1960. Her next gig was on another soap opera, The Guiding Light from 1957 to 1964 and later The Edge of Night as the third Rose Pollock. After her career on The Edge of Night ended, she went into retirement, but it didn’t last long! She was coaxed out of it by soap opera writer and producer Agnes Nixon, who had written a role of Kate for her on All My Children. Campbell played the role of Kate Martin from the mid ’70s to 1985 when she unexpectedly died in an automobile accident.

American film and television actress Brenda Benet is well known in the soap opera industry. Her best recognized roles were on The Young Marrieds and Days of Our Lives. She worked on The Young Marrieds from 1965 to 1966, but then left and found success in prime time television. Over 10 years later, she returned to the soap opera world for a role on Days of Our Lives as villainess Lee Dumonde. She held this role from 1979 to 1982 when she unexpectedly died at the age of 36 from a self-inflicted gunshot wound.

She was a well known actress who’d often performed on stage in New York City until she passed away from liver failure in February 1993 at the age of 47. Joy Garrett was loved by the soap opera community for her time as Jo Johnson on the NBC soap Days of Our Lives. She held this role for seven years, and had previously appeared on CBS’ The Young and the Restless.

He was a daytime actor who rose to fame during the early 1980s when he joined the soap opera industry and began appearing on shows like Another World, Texas and Guiding Light. While on GL he took on a villainous role as Silas Crocker, but his most notable role was as Harold “Hal” Munson Jr., the Chief of Detectives in the fictional town of Oakdale on As the World Turns. He stuck with this role for over 20 years from 1985 – 2004 and 2005 – 2006. Hendrickson was so good at what he did that in 2003 he earned a Daytime Emmy Award for Outstanding Supporting Actor. He sadly passed away in July 2006 after his body was found at his home in Huntington, New York. His death was ruled as a suicide because he’d been found with a gunshot wound to his head.

Larkin Malloy was an actor, voice artist, and acting teacher who rose to fame after appearing on several soap operas like The Edge of Night, Guiding Light and All My Children. His most notable role was on AMC as Travis Montgomery. He also worked as the announcer for As The World Turns. He passed away from complications of a heart attack on Sept. 28, 2016. News of his passing was made public by his former co-star, Walt Willey, who played the brother of his Larkin’s character. Willey penned a heartfelt post that read: “Just got word that Larkin Malloy, who played my brother ‘Travis’ on All My Children, died of complications from a heart attack he suffered on Saturday. Larkin Malloy welcomed me like a brother when I joined the cast in 1987. We worked together, did appearances together, partied together, vacationed together…Tommy, you will be missed. Love you, brother.” 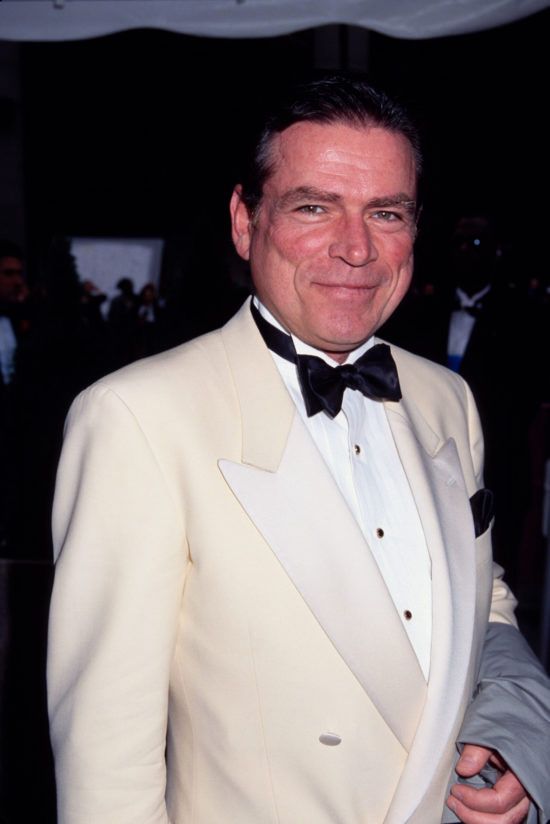 This soap opera actor was best known for his role as John Randolph on Another World. He starred on the show during its first 15 years on air, from 1964 until March 6, 1979 when his character was killed off in a fire. When the show started, his character was introduced as an attorney who was brought in to defend Pat Matthews against murder charges. They ended up falling in love, only to later get divorced. His character went through many significant storylines like having twins Michael and Maryanne, dealing with paralysis after a car crash, alcoholism, a nervous breakdown, a murder trial, only to die in a fire. After leaving the show Ryan went on to live a full life until he sadly passed away on March 1, 2017 at the age of 87.

David Canary was beloved by many soap opera fans and may be best known for his roles on All My Children (AMC) playing the Adam and Stuart Chandler twins. In typical soap opera fashion, Adam was the manipulative ‘bad’ twin, while Stuart played the kind-hearted ‘good’ twin. Canary’s incredible portrayal of the twins earned him 16 Daytime Emmy nods and five statues. AMC’s final episode took place in September 2013, and in November 2015 Canary passed away from natural causes. He was 77-years-old at the time of his death. 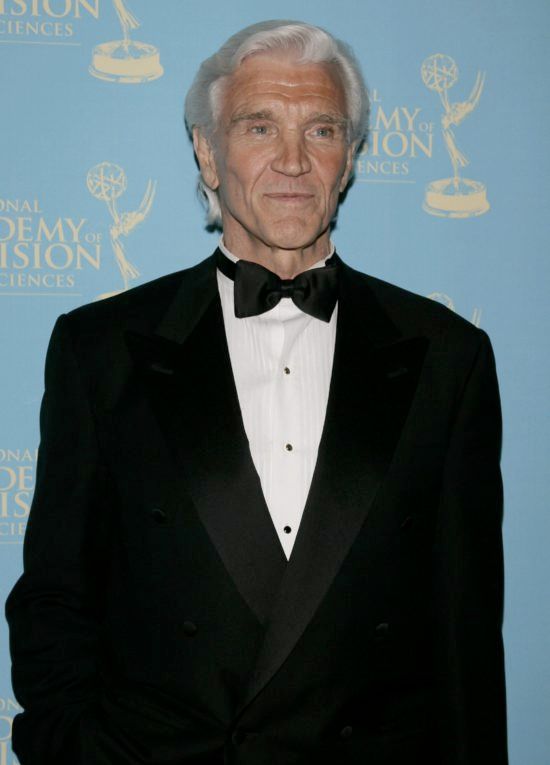 He played villain-turned-hero Carl Hutchins on Another World (on and off) from 1983 to the show’s last episode in 1999. Keating also had stints on AMC, As the World Turns, and a guest role on Sex and the City. Loved by many for not only his soap opera roles, but also the parts he played in movies and the theatre, Keating passed away at the age of 72 in the summer of 2014 due to lung cancer.

Nathaniel Marston was adored by One Life to Life fans, playing Dr. Michael McBain and Al Holden on the popular soap from 2001-2007. He also had a two-year stint on As the World Turns from 1998-2000. Sadly, in October 2015, Nathaniel fell victim to a car crash, leaving him in critical condition. His pickup flipped several times over and Marston was thrown from the vehicle. There were no narcotics or alcohol found in his system, but he wasn’t wearing a seat belt at the time. Marston passed away in November of that year from surgery complications. His mother said Marston was on life support at the time, but doctors told her if he lived, he would have suffered paralysis from the neck down. 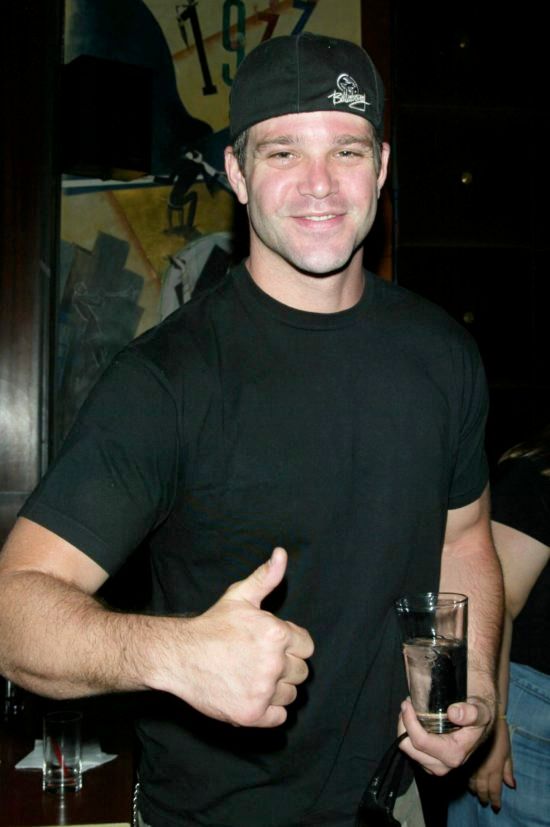 Anthony Addabbo was a model and actor who had stints on primetime television shows and some films. He also dabbled in many soap operas during his career, playing Tony “Rush” Carrera/Jonny Carrera on the Bold and the Beautiful, Jim Lemay on Guiding Light, and even had a minor role on AMC at one point. Sadly, Anthony died in the fall of 2016 at the age of 56. The reason for his death was listed as ‘unknown causes.’

Andrea Schenk, who worked under the stage name of Andrea Moar, was best known for her work on AMC, playing Carrie Sanders Tyler in the early 1980s. She also acted in a variety of commercials and had a guest appearance on the popular ‘80s primetime drama Remington Steele. In the early ‘90s, Schenk moved away from L.A. and moved to the Twin Cities to be closer to her sister and mother. Sadly, in early 2013 while on vacation in Cancun, Mexico, Schenk drowned near the shore of the resort she had husband were staying at. She was 55 years old at the time.

Santa Barbara fans may remember Dane Witherspoon as the actor who originated the Joe Perkins character on the soap opera in 1984. While Mark Arnold replaced Witherspoon shortly after, Dane would move on to another daytime soap, Capitol, where he played Tyler McCandless for about a year. Interestingly enough, Dane met Robin Wright during the Santa Barbara audition process and the two became husband and wife from 1986-1988. Witherspoon would eventually retire from the world of acting and move to Denver. He passed away from ‘unknown causes’ in 2013 at the age of 56.

Hollywood suffered so many losses in 2016. The holiday season is busy enough for many and with the passing of Days of Our Lives icon Joseph Mascolo in early December, along with mother and daughter actresses Debbie Reynolds and Carrie Fisher right after Christmas, fans may have missed the news on the passing of Barbara Tarbuck. Tarbuck appeared on many primetime television shows throughout her career, but was best known for playing Jasper “Jax’ Jacks’ mother, Lady Jane Jacks, on General Hospital. She played the role from 1996 to 2010. Sadly, Barbara suffered from a neuro degenerative disease known as Creutzfeldt–Jakob disorder. Complications around the illness was listed as the reason for her passing, which happened the day after Christmas in 2016. Tarbuck was 74 years of age. 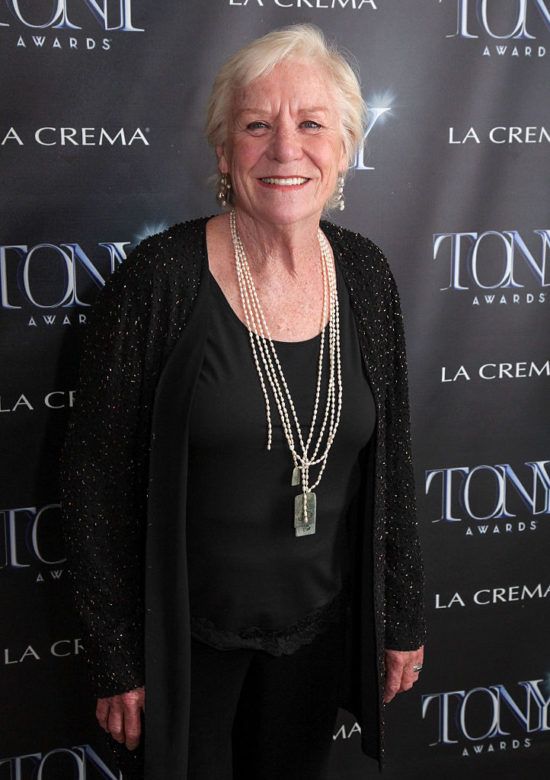 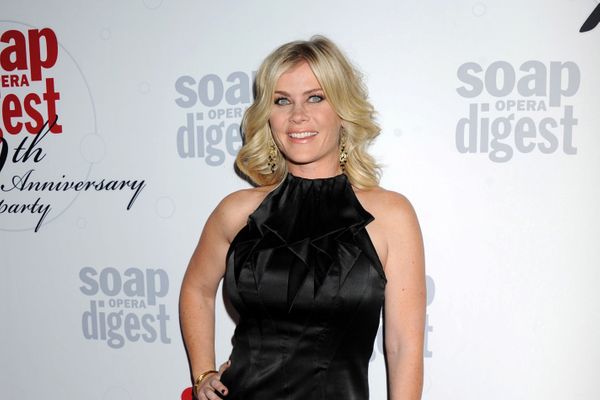 7 Teen Soap Opera Stars: How Much Are They Worth Now?