7 Soap Stars Who Will Never Make A Comeback

The land of daytime drama is like a revolving door. One minute you may see your favorite actor or actress on Days of Our Lives (DOOL) and within a couple of weeks, they may be off to General Hospital (GH), Young and the Restless (Y&R), Bold and the Beautiful (B&B) or on a primetime show. The reality is, while some soap stars become staples of their respective shows, there are times when they move around to try different parts or new gigs and they don’t necessarily come back! Below are seven soap stars who are unlikely to make a comeback in the soap industry.

Y&R fans miss the smart and beautiful Avery Clark, played by the incredibly talented Jessica Collins. Collins exited the role in 2015 and gave birth to a beautiful bouncy baby girl in early 2016. One sneak peek at Collins’ Instagram account and it is clear: The actress is enjoying motherhood immensely. To boot, Collins has a love of the culinary arts and is an incredible chef and food writer, two activities that also keep her busy. Could she return to the land of soaps? Anything is possible, but it seems like Collins is quite content with the list of things on her plate right now.

When Bo Brady made his return to Salem in 2015, DOOL fans rejoiced. As a fan favorite, Days‘ audiences not only adored Peter Reckell, but Bo as well (not to mention his love story to Hope Williams). After a few short weeks since returning, a major plot twist occurred that found Bo with a terminal condition and he passed away shortly after. Great storyline, but sad for DOOL fans everywhere, and with Bo’s death so final, a Days’ comeback for Reckell seems highly unlikely.

Tony Geary built an incredible soap opera legacy portraying the infamous Luke Spencer on GH. After decades on the show and racking up a record-setting eight Daytime Emmys, Geary called it quits in 2015 and blamed his early retirement on being “weary” of the grind. It seems he is enjoying retirement and the life away from a busy soap schedule. While he did return to GH to help bid Jane Elliott’s Tracy Quartermaine character adieu recently, the idea of Geary coming out of retirement to return to the soap is very unlikely.

Speaking of retirement, B&B fans were devastated when Susan Flannery decided to leave the show behind in 2012, marking the end of an era when her character Stephanie Forrester passed away. While her death was final, no character is ever really dead in the land of soaps! A Flannery comeback is unlikely, and this has more to do with the fact that she seems to be enjoying retirement too much to return to daytime drama. During a 2013 interview with TV Guide online, she was asked if she missed the B&B and simply replied with a “nope.”

B&B fans lost Susan Flannery and fan favorite Ronn Moss within months of each other back in 2012. While his Ridge Forrester role was recast with Thorsten Kaye, some B&B fans still think of Moss when it comes to this part. He seems to be enjoying the open road, touring and playing music with his band, Player. Moss and the band was even showcased during GH’s 2014 Nurse’s Ball event where they played “Baby Come Back.” While he clearly enjoyed the land of soaps, Moss may just like playing music a little more.

Renée Jones played DOOL’s Lexie Carver for well over two decades after taking the role on in 1993. Lexie was a good person, who did at times make bad decisions, but overall, a Days‘ fan favorite. In 2012, Jones sadly confirmed she would be leaving the show to retire. According to a TV Guide interview, she yearned for a simpler life and was not happy with acting anymore.

Anyone else miss Y&R’s Drucilla Winters? Well, the character could always come back, but perhaps the role will not played by Victoria Rowell. Back in 2015, she launched a legal suit against the soap, Sony Pictures, and CBS, reporting racial discrimination. Rowell also had her fair share of issues with her Y&R co-stars over the years, with an alleged rivalry with Michelle Stafford (former Phyllis Summers), and a Twitter war of words with Eileen Davidson (Ashley Abbott) in 2015. A Y&R comeback does not seem likely for this actress. 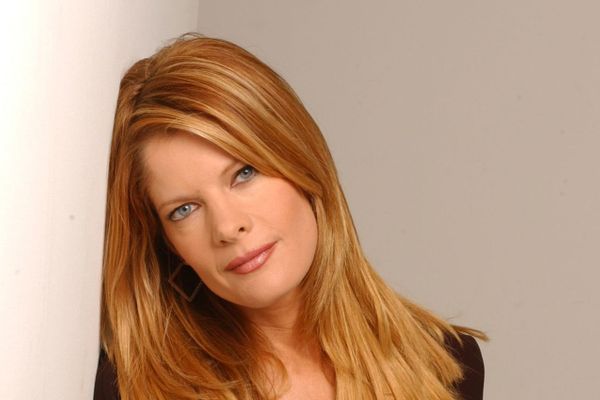