Jillian Harris first rose to fame as a contestant on the 13th season of The Bachelor. As the second runner up, she was offered the coveted position of being the first Canadian Bachelorette! Afterwards she continued her reality TV fame with a few gigs on HGTV as a designer on Extreme Makeover: Home Edition and later co-host on Love It Or List It Vancouver. Along her journey to success, the former Bachelorette finally met the love of her life, former professional snowboarder and entrepreneur Justin Pasutto. The two welcomed their first child, Leo in August 2016 and just recently landed their own four part docu-series! In honor of all their success, here’s a look at 7 things you might not have known about their cute relationship!

Jillian and Justin have now been dating for over four years. They first while standing in line outside a Kelowna pub called Roses — how ironic is that? “I’ll never forget the day I met you, outside Roses…it was LOVE at FIRST sight. Actually, though…I remember looking at you and stopping dead in my tracks thinking how on EARTH could I snag you that night. I succeeded and ended up snagging you for life, talk about winning the lottery,” she wrote in a post on her blog. Now they’ve bought and renovated their dream home, welcomed their first child together and are engaged!

There’s quite a big age gap between Jillian and Justin. She’s eight years older than him, but that doesn’t seem to affect their relationship at all! “I was 32 when we met, and Justin was a fresh ripe 24. BTW I SWEAR he told me he was 27, which I rounded up to 28…so in my mind we were basically the same age HA,” she wrote on her blog. “Our age difference was never really an issue for us, our love was always strong and very real and that’s all that mattered. But truth be told, I could have gotten knocked up with his baby on that second date and I probably would have been over the moon…haha…ok MAYBE too soon, but I WAS smitten.”

5. They are Perfectly Imperfect

One of the amazing things about Jillian Harris is how open she is with her fans and Justin is the same! This was apparent in their docu-series Jillian & Justin. They weren’t afraid to show viewers that things aren’t perfect all the time, and that’s okay! “Sometimes we romanticize about the idea of a relationship being perfect, but there is really no such thing. I think that Justin is one of the most perfect people on earth; he is so giving, he is so positive, he loves my family, he loves his family, he loves to communicate, he is protective, there are so many great things. But we don’t always get along. There are some times, like what did he say the other day…’my heart will always love you, but my brain just wants to strangle you right now.’ We were just laughing so hard,” she said.

4. They Got Engaged on Christmas Morning

Jillian Harris and Justin Pasutto got engaged on Christmas day in 2016, four months after welcoming their son, Leo. According to Jillian she’s always wanted to get engaged on Christmas morning, but Justin thought it was cheesy, so she was definitely surprised when he popped the question last December! They were in Vancouver on Christmas visiting Justin’s family when he decided to do it first thing in the morning in their hotel room. He wanted to hide the ring in a box of macaroons and have her find it, but getting her to open the box was a struggle! He finally managed to get to fetch him a macaroon, “I just remember staring at the ring and being so confused and thinking it was a joke or that I was being punked…and then it hit me,” she said in her blog. The whole thing was caught on camera because Jillian’s family had asked Justin to film it and then they shared it with viewers on their show!

3. When She Knew He was the One

In most relationships, there’s a point in time when you realize that person is “the one” and for Jillian it was when her grandma got sick. One of the things she loves the most about him is how attentive he is with her family. “How I knew was how Justin is with my family. My grandma was in the hospital getting her hip replaced for the second time, and Justin knew more about her condition than I did. He went down and talked to her, and I just see the way he is with my family and I think that is a really good indication for me that I can never let him go. He and my dad have coffee together almost every morning,” she said in an interview with Popsugar.

2. He Notices the Little Things

Justin and Jillian are so close that he notices things about Jillian that she doesn’t even know about herself! “I fell down the stairs this one time, and I thought I broke my arm, it hurt so bad. He was icing it, and I was complaining that the ice hurt more than my arm hurt. So he said, ‘babe, just wiggle your toes.’ And I’m like, wiggle my toes? And he’s like, ‘yeah, when you are nervous or uncomfortable you wiggle your toes, you rub your feet together.’ And I was like, ‘oh yeah, this feels good.’ I loved that he knew something about me that I didn’t even know,” she said.

1. No Rush to Get Married

Many people are curious when Jillian and Justin are going to tie the knot, or if there are any wedding plans in the works, but from the sounds of it these two are content with simply being engaged for now. In an exclusive interview with Fame10, Harris said things are so hectic right now with the new show, new house, baby and all, there’s not much time to plan a wedding and they both want to enjoy the process so they’d rather wait until things settle down. In her blog she’s already begun discussing baby number two (she and Justin want two children) and where they might get married. “We’re actually considering getting married on our property but we want to get the landscaping done first. We’re also talking about baby number two soooo the wedding might just be pushed for a few years yet!” 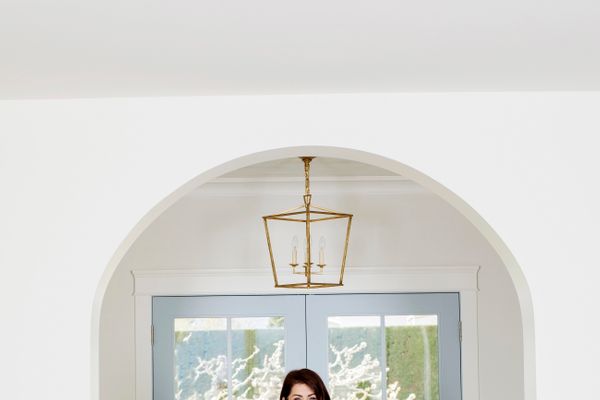 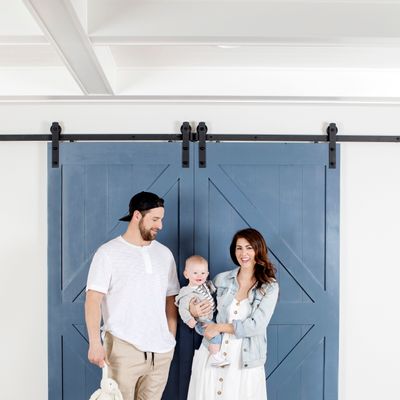