Celebrity branding is a new thing and, when done wisely, it’s a great way for them to capitalize on their side-passions or to simply invest in their success and image. Like anything, many celebrities have tried to start their own brands, but not all have succeeded (ahem, sorry Blake Lively). Many go the fragrance and book route, while others take on new ventures that turn out to be even more successful than their original careers. Let’s look at the most note-worthy celebrity brands that don’t actually suck!

In 2008, after the birth of Jessica’s daughter Haven, she found herself immensely impacted by motherhood. “It’s the most satisfying job in the world. But, it can also be overwhelming and confusing. I created The Honest Company to help moms and to give all children a better, safer start,” she stated on The Honest Company’s website. She launched the company in 2011, and it’s now grown to have an estimated value of $1.7 billion, with over 90 products and a new side beauty line. Top selling products are Honest diapers, either bought in packs or by mail subscription. They gained popularity not only for the natural and safe elements, but for the adorable prints that keep parents coming back for more. In five years, this brand has continued to grow and develop, and we should continue to see it do so for years to come.

Drew’s new venture, Flower Beauty, is doing the unthinkable for a cosmetic line — it’s not using any advertising. As a result, they’ve saved money and have been able to invest more in gorgeous packaging and formulas that pride themselves on being made in the USA and without animal testing. We wouldn’t expect anything less from hipster Drew. With an impressive line of over 60 products, with color options, pushing it to over 150 products, this is an unheard of size for a celeb beauty line. The reviews are pretty good too, and it’s being exclusively sold at Walmart and Walmart Online at affordable prices. With no advertising beyond Drew’s own endorsements, which are often seen on her Instagram, it’ll be interesting to see where this brand goes. For now, the packaging alone makes it worthwhile.

Nicole Richie is one reality star who managed to turn her reality TV fame and passion for fashion into a brand that is relatively high-end, but not completely out of reach for many. Her line, House of Harlow, was launched in 2009 and is now sold in high-end department stores and specialty shops such as Bergdorf Goodman, Neiman Marcus, Nordstrom and Selfridges.

Gwyneth Paltrow has managed to brand herself via her blog, Goop.com. The site was launched in 2008 as a weekly newsletter from Gwyneth herself. Since then, it’s grown into the lifestyle website that it is today, along with a new skincare line which promises safer, non-carcinogenic ingredients. With recipes, an online curated shop, skincare, newsletters and more, this site is a black hole of interesting things and that’s probably why it is so successful!

Lauren Conrad rose to fame thanks to the hit reality shows Laguna Beach and The Hills. In the latter, we watched Lauren go to school and pursue her love of fashion and style. Maybe that’s why her style blog feels more legit and not like some cash-in on fame. She’s branded herself perfectly with a clothing line (LC by Lauren Conrad), her style blog and the nine books she’s released. She’s succeeding not by running off of her reality TV fame, but by staying on top of trends and by being a style inspiration. Twelve years after her debut into reality TV, Lauren is now 30-years-old with a net-worth of $25 million, and she’s definitely here to stay.

Reese Witherspoon is arguably America’s Sweetheart. She’s an adorable southern-belle with a style that is classy and timeless. Reese has capitalized on that image and created a line of clothing, accessories and home decor that pulls from her southern roots. The brand, named after her grandparents Dorothea Draper and William James Witherspoon, was launched in spring 2015 and now has its first brick-and-mortar location in her hometown of Nashville, Tennessee, followed by a boutique in Dallas, Texas. Reese decided to launch Draper James after seeing a lack of southern-inspired fashion and decor on a national scale. While still in it’s infancy, Draper James looks to have a solid foundation, clear style and, hopefully, longevity.

Martha Stewart is the queen of celebrity branding. She branded herself with Martha Stewart Living, the television series and magazine, back in 1991. What Martha has managed to successfully do is adapt to changing trends and use her website to promote her brand through her recipes, decor ideas, tips and trends, and her online shop. The Martha Stewart Living brand is seen in stores everywhere with everything from cooking utensils to dog collars, furniture and more. Her company, however, which was once worth $2 billion dollars, has since taken a hit or two because of her own jail sentence and her lawsuits with J.C. Penney and Macy’s. She sold the company in 2015 for $353 million dollars, but remains a 49% shareholder. Despite all the highs and lows, we have to take our hats off to a woman who started a brand from scratch in her kitchen.

Jessica Simpson’s brand now carries over 30 product categories and is raking in an insane profit at an estimated $1 billion dollars per year. She may not always act it, but Jessica Simpson is a smart woman. Her career in music never went that far and her reality show brought her a tad more fame, but she’s managed to cash in on an entirely different career path. She found her success in being real about the world of women in terms of price, style, wearability. She was quoted on Forbes as saying, “I have been every size on the planet and I understand women,” she said. “And I just know how to dress them. I know there’s all different kinds. There’s life in the whole world beyond LA and New York. I understand Middle America and their mindset.” Well, she’s not wrong because this brand is over a decade old now and is still growing. 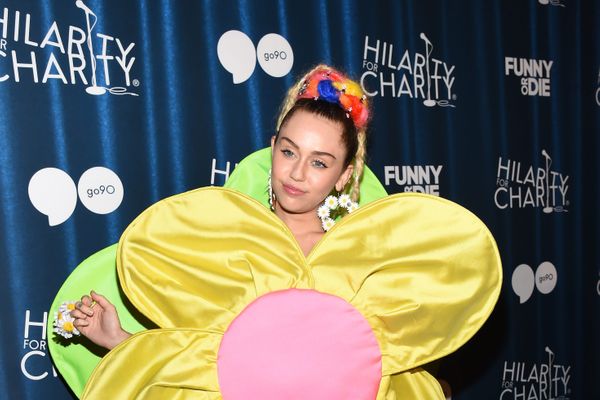 12 Celebrities Who Ruined Their Brand