The Teen Mom star was hospitalized in 2015 after a botched lip implant. She had been testing out a new product where the doctor puts an implant in the patient’s lip instead of a simple collagen injection when she had experienced an allergic reaction following the procedure. Although she claimed that the experience was a wakeup call, she admitted that she’s still interested in getting her butt done.

Heidi Montag made headlines in 2010 when she underwent 10 different plastic surgeries in one day. Shortly after the surgeries, she admitted to Life & Style that she has scars, deep grooves on her body, bald patches in her hair and uneven lumps on her body from the liposuction. In 2013, she had breast reduction surgery and went from an F-cup to a C. She claimed that her huge implants caused her severe back and neck pain, as well as numbness in her arms.

On her reality show True Tori, Tori Spelling referred to her breast implants as “expired and recalled.” “If someone had said to me when I was 20 years old, ‘by the way, every 10 to 15 years you’re going to need to get these suckers replaced,’ I wouldn’t have done it. I have the biggest fear of going under for surgery. I’m so scared of being put to sleep. Now I’m all riled up, I just want to stick a knife in there and cut them out myself,” she said. No word yet on whether or not she had them removed or replaced.

Tara Reid’s 2004 breast augmentation and liposuction procedures left her disfigured. When she had the surgery, she was looking to balance out her “uneven breasts” and get “a six pack,” but she ended up with bumps along the edges of her nipples and a “ripply, bulgy” stomach. She underwent constructive surgery in 2006 to repair the damage, but it still looks nothing like it did before all of the surgeries.

In an interview with Kathie Lee Gifford and Hoda Kotb on the Today show in 2013, The Real Housewives of Beverly Hills star discussed the trouble she had with her lip injections. “Here’s the story: 25 years ago, I had my lips injected with silicone,” she said. “Stupid thing to do at 24. I saw Beaches. Remember that movie Beaches? I did it with my best girlfriend, so she and I go and we get our lips done. Fine. I have it like that for my whole career, right? So then cut to a couple of years ago, I have a doctor remove as much as they possibly can because it got to the point where they were yucky. You know, they get hard. It’s gross. They are now whatever that was after they took out as much of the silicone as they could.” They look better now, so they did something right!

Kylie Jenner denied getting lip injections for a good year before she finally came clean but, even with her denials, it was pretty obvious that she was doing something cause her lips kept getting bigger and bigger. She recently confessed to Allure that one of her biggest beauty mistakes was making her lips so big. She ended up needing to get them fixed, which turned out to be a pretty crazy process – so crazy that she’s surprised that she didn’t end up on Botched! “Well, I definitely made my lips a little too big at one point… I got excited and felt like I needed to do a lot. And then you guys were like, ‘Kylie, you need to chill.’ And then I had to go back and have it fixed, and it was a crazy process. Thank God I didn’t end up on Botched,” she said.

Hugh Hefner’s third wife Crystal Hefner recently revealed that she had to have her breast implants removed because they were slowly poisoning her. Some of the symptoms that she was experiencing included: “Intolerance to foods and beverages, unexplained back pain, constant neck and shoulder pain, cognitive dysfunction (brain fog, memory loss), stunted hair growth, incapacitating fatigue, burning bladder pain, low immunity, recurring infections and problems with [her] thyroid and adrenals.” It was only after researching her symptoms on a Breast Implant Illness website that she realized that her symptoms matched theirs, so she had them removed and noticed that her symptoms immediately went away.

Stephanie March recently opened up to Refinery 29 about a bad boob job she received in 2014. While the implants initially looked good, one of them quickly became infected. “The seams of the scar on my right breast had burst. I raced to my surgeon’s office. He shot me full of anesthesia, deftly removed the entire implant, cleaned and packed the wound, and immediately sent me to an infectious disease doctor,” she said. She then had a hole in that breast for six weeks before she finally had the implant put back in, but the second implant also became infected. Her doctor realized that she was allergic to the implants and advised her to give up on the procedure altogether. She ended up needing additional surgeries to correct all of the damage that the implants caused, but now she’s all natural again. 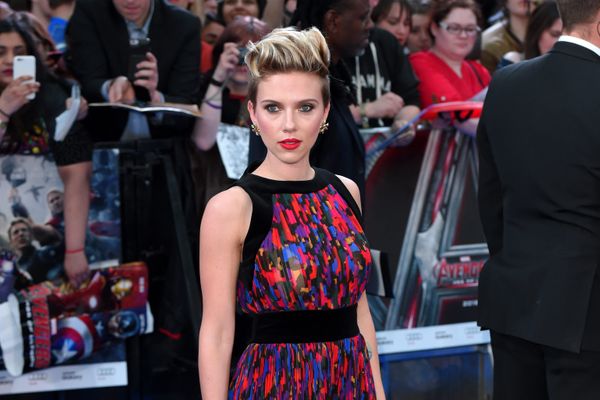