There were a lot of celebrity divorces this year and, while some of them have been able to dissolve the union amicable, others have not been quite so successful. Kaley Cuoco’s soon to be ex hubby is asking for her to pay his legal fees and provide him with spousal support and Brian Austin Green is also asking Megan Fox to pay him alimony as well. When you’re a super successful female celebrity, things like this happen! Here are 8 female celebrities who were forced to pay their ex alimony.

Upon meeting Larry Fortensky, a construction worker who was 20 years her junior, during one of her stays at the Betty Ford Center, Elizabeth Taylor fell head over heels in love. She married him, but made sure to get a prenup. Five years after they tied the knot, the two were divorced. Even with a prenup, Fortensky was awarded $1 million in spousal support, which was probably more money than he’d ever seen in his life.

When Kirstie Alley divorced her husband of 14-years, Parker Stevenson, he demanded alimony so that he could support the lavish lifestyle to which he had become accustomed. This was back when Alley was a hot commodity in Hollywood. She had enjoyed an enormous amount of success thanks to the television series Cheers and Veronica’s Closet and movies like Look Who’s Talking. Although Stevenson didn’t end up getting spousal support, he did get a one-time payout of $6 million. Cha-ching!

When Jane Seymour divorced David Flynn after more than ten years of marriage, she was ordered to pay him $10,000 a month in alimony, which was significantly less than the $20,000 he was demanding. She also had to surrender half the value of the $5 million oceanfront property they shared in Santa Barbara. Surprisingly, this didn’t turn her off marriage. A year later, she married actor James Keach, but they divorced in 2013.

When Roseanne Barr married Tom Arnold in 1991, she didn’t get a prenuptial agreement, despite being advised to do so by her legal team. Four years later, when they were divorcing, Roseanne learned her lesson the hard way. She was ordered to pay Arnold a reported $50 million lump sum in spousal support. Rumor has it that he squandered all of it.

Back in the ‘80s, Kim Basinger was married to Ron Britton, a makeup artist. When they decided to split after eight years of marriage, he demanded $12,000 a month in spousal support and threatened to tell all about some her more “flamboyant romances.” She reportedly paid him $9,000 a month in alimony and let him keep their $700,000 home in the San Fernando Valley. Not bad, considering.

Anne Heche and Coley Laffoon had a really contentious divorce that lasted over two years. During their divorce, he alleged that she was “crazy” and “refused to seek help” while she claimed that he was resorting to lies because she “would not cave in to his astronomical money demands.” In the end, she didn’t have to pay alimony. Instead, she was ordered to give Laffoon a lump sum of $275,000 along with $15,000 a month in child support, which was lowered to $3,700 when she lost her Men in Trees gig.

No one even knew that Janet Jackson was married to Rene Elizondo until he filed for divorce and sued her for a reported $25 million in spousal support. Although the couple had a prenuptial agreement, Elizondo had co-written 37 of Jackson’s songs and directed several of her music videos. After a three year legal battle, Jackson and Elizondo reportedly came to an agreement: He received $15 million plus their five-bedroom Malibu beachfront property. We’re inclined to say that he did rather well for himself!

Before Chris Pratt, Anna Faris was married to Ben Indra. While her career was taking off at the time with a starring role in the Scary Movies franchise, her hubby’s was career was stalling. Three years after tying the knot, the marriage went south and Faris was forced to pay $900,000 in spousal support, divide their property and give him part of her acting royalties. Ouch! 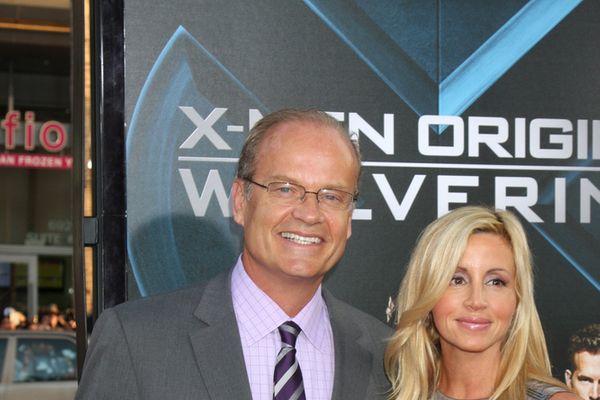